Hey everyone! We have an exciting development to present today: a new chapter in SixPrizes’ history.

Adam has decided to step down as head of SixPrizes after running the site for nearly 8 years. Alex Hill and Christopher Schemanske will be transitioning into his place. We have some exciting ideas for the future, and we hope you will continue with us on the next chapter of the journey.

Adam has left big shoes to fill, and we are deeply grateful to him for the work he’s put in SixPrizes. Without the countless hours of creativity and sheer work, there’s no way this site would be as strong as it is today.

We are happy to announce that Adam will be continuing on in advisory role. His expertise in the field is unprecedented and irreplaceable, and we wouldn’t be able to embark on this new journey without his continued support and consultation. With his continued influence and our long history at SixPrizes, we hope it’s clear: SixPrizes will uphold the strong standard of quality it always has.

Of course, while we’ll be staying true to SixPrizes’ roots, we have some exciting ideas in mind for the future. Some of them will be immediately apparent, and others are longer-term projects. We believe there’s a bright future, and plan to make the most of it.

One of the biggest changes to SixPrizes will be in the content schedule. For years, we followed a clockwork formula of Tuesday/Thursday for Underground pieces, with other content interspersed as it happened. In more recent times, Monday and Wednesday pieces have become more frequent as we’ve adapted to the challenges of a changing tournament structure.

Starting in April, we’ll be tweaking the new Underground structure a bit more. Rather than two lengthy pieces in week, we’ll have two shorter pieces coupled with one traditional long article per week. We’ll be publishing at least the same amount of content as in prior months — it’ll just be divided into more separate articles each week. Here are the benefits to this new structure:

We anticipate one of the greatest advantages to the new style being a shift toward deck profile articles. Right now, an author needs to cover large swaths of the metagame in every article, meaning there isn’t always as thoroughly-detailed explanation of a deck’s intricacies as could be ideal. By freeing authors to focus on smaller chunks of the metagame at once, we believe we’re creating an environment fit for the success of writer and reader alike. Deck profiles create an opening for articles to be more enduring in their applicability — for example, an article could explain different ways to tech Yveltal-EX decks for different metagame developments. We’re excited about the new layer this adds to our content creation, and hope you agree.

In most weeks, a long article will be published on Wednesday, with shorter pieces flanking it on Mondays and Fridays. In weeks before or after large tournaments, the order will be switched up. Generally, the longer piece will be early in the weeks before major tournaments (so that it’s available for use) and later in weeks after (so it has more time to develop in the wake of tournament results).

We’re still ironing out some details, and other articles may make their way into the picture as well. Regardless, though, we’re thrilled to present the outline of what we believe is an exciting adaptation of what 6P has always done.

As we transition into this new structure, we’re also going to phase out the current feedback system on 6P. With the change in the publishing structure, we believe it’s time for a change to our feedback mechanism: The +/- system will be retired in favor of a form at the end of each article where readers can voice their opinions about that article. There will also be an option to make comments anonymous for those who want that opportunity.

In the meantime, we invite general questions or feedback on the forums or otherwise via email at feedback@sixprizes.com.

We’re also working on an option to submit anonymous general feedback — more on that later. You can catch Alex and Christopher at St. Louis Regionals this weekend if you’d like to have a chat; we’d always welcome the opportunity to speak with you!

Especially in this time of change, we would love to hear from you. We hope you’re just as excited about the future of SixPrizes as we are. 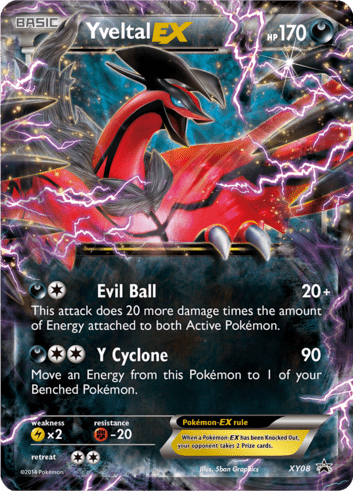