Hey everyone! I literally just walked in the door after getting home from St. Louis but I still wanted to take the time to flesh out the first in a series of new articles. I have realized after talking to the parents of some top Junior players that it’s really hard to keep track of the metagame and top-performing decks for the younger age groups. For Masters, there’s a wealth of content out there and word gets around on social media about which decks are being tested heavily or played in local areas. Juniors and Seniors aren’t necessarily on the internet as much, so it’s up to the parents to really figure out which decks are the best for their kids to play.

I’m going to start putting an article like this out before every major tournament (North American Regionals and Internationals). The plan is to go over the last few major tournaments, identify the top decks in each of the lower age divisions, and give one or two recommendations based on what seems popular.

This first article is going to be free to read for everyone as a preview of what’s to come in this series. I’ll also be collecting more thorough information on Junior/Senior decks at future events that I attend, even past just the Top 8 lists that Pokémon posts, so the content will get better and better.

In the future, you’ll have to purchase an Underground subscription to view this content. This will be in addition to the other regularly scheduled Underground content that we put out which will give you even more insight into the game and top decks/lists.

Even before the competition in Athens and Anaheim, the two most recent Standard Regionals, it would have been a safe guess that Dark decks would be the best-performing decks in Juniors. Yveltal has won just about every Regional in the division this year, which is not surprising in the slightest. It has a decent matchup against almost any deck, it’s fairly easy to play at a respectable level, and it just hits hard. Juniors like decks that do a lot of damage and set up consistently.

Juniors Top 8 decklists for Athens and Anaheim can be found at the preceding links.

It seems that the trend was not disrupted in Athens and Anaheim. Six of the sixteen decks that made Top 8 across two events were Dark decks. I was expecting more actually, since five Dark decks made Top 8 in Dallas alone. It seems that decks like Gardevoir/Xerneas are popping up to counter it actually. I’m sure it’ll always take a few of the top spots, but it’s looking like it’ll be hard for Dark decks to win a major tournament with such a target on their backs.

I actually didn’t realize that Volcanion saw such a strong showing in Athens. It’s another hard-hitting and consistent deck, similar to the Dark decks, but it hasn’t seen as much success in the division at other Regionals this year. I’m guessing that it was probably just the favorite deck of local Junior players. With the release of new Grass-type Pokémon-GX like Lurantis and Decidueye, it probably would have been an even better play at Anaheim if the division as a whole favored it.

Looking at the results for these two events, I think that player skill matters way more in Juniors than it does in any other division. Decks like Houndoom/Raticate and Water Toolbox seem underwhelming in metagames with heavy amounts of Dark decks, but the players who were running them were more experienced than many of the other players in the division.

This is a bit of a cop-out, and it’s the advice I give out a lot before a major tournament, but Juniors should absolutely play whatever deck they’re comfortable with! There’s a lot of diversity in the division so it’s hard to pick a deck with strictly favorable matchups against all of them. It’s better to make mostly correct plays with a deck you know than to pick up a new deck and not know how to handle all of the situations you’ll run into.

But, if you want a few good decks to work on, I would suggest Gyarados (credit to Benjamin Pham and Alex Dao for the list) and M Gardevoir-EX STS, both of which are very hard hitting and fairly consistent, with strong matchups against Dark decks. Their worst matchups (Decidueye and Greninja for Gyarados, Rayquaza for M Gardevoir) seem to be largely absent from the field, making them safe plays overall.

However, they both have their challenges for a player who has never piloted these decks. Playing Gyarados is an exercise in resource management, as you often need to use cards like Puzzle of Time in the later turns of the game to get back Magikarp, Team Magma’s Secret Base, and DCE to power up your Gyarados’s attack. It would definitely require some practice to be played correctly.

I would think about including a Pokémon Ranger in a Gyarados deck since Giratina-EX has been seeing some play in the division. A deck featuring this Giratina also just won Anaheim Regionals in Masters, giving it some notoriety.

Gardevoir is slightly easier to play, and you don’t get punished as badly for misplaying because you can just discard the easy targets off of your Bench with M Gardevoir’s attack. However, the deck relies a lot on proper sequencing. By this, I mean you have to play your cards in the correct order for the best result. Sometimes you want to use Hoopa-EX to grab Pokémon-EX from the deck before using Shaymin-EX’s Set Up, sometimes you want to Set Up first, sometimes you just want to Mega Evolve your Gardevoir without playing everything down, etc. It doesn’t always matter a ton, but it could be the difference between winning and losing a few games. It’s definitely something that I think Junior players could figure out but they would need to practice a bit before I would feel comfortable having them play it in a tournament.

The middle age division is a bit of a harder nut to crack than Juniors is. While Dark decks have also performed well in Seniors, it seems to be more due to the top players in the division favoring them and less so due to the natural consistency of that sort of deck. Overall, Seniors are a bit more aware of the metagame than Juniors are and seem to try to counter the decks that have been doing well in the division recently. This can be pretty tricky to work with, as you don’t want to think too far ahead and counter the counter decks — only to fall flat on your face with a deck that’s unprepared for the field as a whole.

Seniors Top 8 decklists for Athens and Anaheim can be found at the preceding links.

Turbo Darkrai was by far the best-performing deck in Seniors, taking a win in Anaheim and seeing heavy play in Athens. This Dark variant is typically seen as a counter to the Yveltal/Garbodor decks that performed incredibly well in the Senior Division in London and also the Masters Division for most of the season. I call it a counter as it does similar amounts of damage to Yveltal-EX decks, but instead of loading all of your Energy on one attacker, you can spread it out among multiple Darkrai and Yveltal. Once your main attacker goes down, you don’t lose as many Energy cards and you get to conserve some of those Energy with Exp. Share. This makes it much easier for a Turbo Darkrai deck to build up to 180+ damage.

In Anaheim, we started to see some counters to the heavy Turbo Darkrai that was played in Athens. M Rayquaza decks have a typically favorable matchup against Darkrai because they’re faster and can relatively easily 1HKO all of the Pokémon in a Darkrai deck. I’ve found M Rayquaza to struggle with Yveltal decks because of Parallel City + Garbodor or Yveltal BKT, but Garbodor and Yveltal BKT are typically absent in Darkrai decks.

Vileplume Toolbox is another deck that I find to have a favorable matchup against Turbo Darkrai. It’s been played periodically in Seniors all year so I’m not sure if this was strictly a counter but Jolteon + Vileplume does a pretty good job to lock out a Darkrai deck. Decidueye also should have a good matchup against Turbo Darkrai, as they almost certainly can never build up to doing 240 damage to 1HKO Decidueye. This gives the Decidueye player enough time to pick off EXs with Energy on the Darkrai player’s Bench and “starve” them of Energy. Placing damage counters with Decidueye’s Ability won’t trigger Exp. Share, making it even harder for Darkrai to deal enough damage to deal with Decidueye.

Vespiquen looks well positioned in Seniors right now. (See Christopher Schemanske’s “From Top to Bottom” article for a list.) Few decks are playing Karen, if any. Zebstrika deals well with any Rayquaza or Yveltal decks. Zoroark helps against Turbo Darkrai and Mewtwo decks, giving you time to build up to a 1HKO with Vespiquen’s Bee Revenge. My list was playing a Vaporeon AOR to deal with Volcanion, but since that seems relatively absent in the field, I think a Flareon AOR would be a good substitution in that spot to deal with any Grass decks that seem to be popping up.

Otherwise, I don’t think Dark decks are bad plays either. They have few bad matchups and have performed well in the past, even with a target on their back. I would play an Yveltal deck with Ninja Boy and Tauros personally, and you could add a Mewtwo EVO for the M Mewtwo matchup if you expect to see that. I think the Ninja Boy + Tauros combination deals with Turbo Darkrai well, punishing them for going for 2HKOs in the early game (which they really have to do). Yveltal also deals with Rayquaza much better than Turbo Darkrai does as I mentioned before.

Thank you all for reading! I actually had a lot of fun writing this first article. I enjoy the thought experiment that is reading a metagame and it has been something I’ve succeeded at in Masters so I hope that translates well to the younger divisions.

I’m really counting on you all to give me feedback about what you want to see in articles like this. What analysis will help you to figure out decks for Junior and Senior players? How can I phrase my information so you can use it to communicate well with them? When do you need this information by? Feel free to message me on the forums, on my Facebook page, or you can email feedback@sixprizes.com to voice your opinions.

And if you see me in Australia this weekend, I’d love to chat. Good luck to anyone competing in Melbourne! 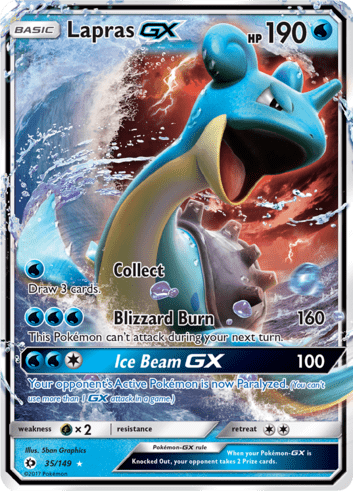