The 2016/2017 Pokémon TCG season is coming to a close. Yes, that’s for real. We’ve seen over 30 Regional Championships, a 10+ Special Events, and 3 International Championships, and the biggest is yet to come. On this upcoming, penultimate weekend of the season, we have a Regional or two around the world, but the North American playerbase will be more or less twiddling its thumbs. Perhaps a few will be chasing those last few League Cup points, but for most, all eyes are on Indianapolis, where the Pokémon scene will descend for the inaugural North American International Championships.

This event is going to be incredible in magnitude. It will easily be the largest Pokémon tournament in history, and it will dwarf the next-closest International Championship by a multiplier of at least two, if not more than three. A season of change is about to climax in the biggest representation of that change, and it’s going to be a spectacle to behold.

For us at SixPrizes, it became an open question: how do we best provide content leading into this giant of an event, when strict “metagaming” is as non-viable as it’s ever been, and for which we have a format that’s as competitively wide-open as any in recent memory?

Here’s the reality: there isn’t going to be one magical silver bullet for this event. While I would be unsurprised to see some team somewhere come up with something that cuts through much of the meta, the reality is that it will not be without counters, and those counters will not be without play. The field is set to simply be too diverse to gamble on beating only 3-4 decks extremely well, while punting the rest. That’s a constraint that generally tends to keep players bounded, and keep them from running off into the weeds of totally new, unexplored ideas.

Even if a group did develop a new, unforeseen concept, the reality is that some members of it will succumb to variance in one way or another. Many players will make sound, logical plays for this event that just won’t work out. The key is to, given the information available, make the best play depending on which angle of the field you want to approach, and be as good at playing your deck as possible.

So, we arrived at the following structure for our pre-NAIC Underground content: starting today, until the Wednesday prior to the event, we’ll be running an article each day chronicling a different deck — the only exception to this pattern is next Sunday, where Alex Hill will be focusing on Jr/Srs in general. Not all of the decks have been quite figured out yet, but here’s our writer slate and what we already know:

Generally, look for new articles at noon (Eastern) each day. The exception is today’s first installment, which will drop at 3PM instead. I’ll be updating the above list with links to each piece as they drop, and with article topics as they are confirmed. Each article is going to have a discussion on the topic deck, different ideas for teching the list based on your meta expectations and preferences, and give perspective on the matchups for each deck.

In addition, authors have the discretion to include a “dark-horse” candidate at the end of their article. Each will, of course, also have that author’s overall feelings on the metagame, so coverage will be broader than these 7 decks, but will also be focused around them.

Even with that in mind, if you have any specific questions about a deck that you know is out of left field, or hasn’t made the list after next Sunday (at which point all topics will be confirmed), we want to make sure we aren’t leaving you out in the cold. As such, we’ll be dropping a mailbag later next week, toward the end of this series. You can submit questions to me on Twitter (@cschemanske), forum PM, or by emailing feedback@sixprizes.com. If we don’t get enough interest to make an article of it, we won’t, but we’ll address questions wherever possible.

In other SixPrizes news, be sure to check out the second episode of our relaunched podcast, which will drop this weekend (hopefully with iTunes sorted out). In addition, as has become somewhat traditional here on the site, there’ll be a fantasy-style competition for the North American International Championships. I’m currently working out the final flaws in my formulas as I convert them from CP data I’ve accrued, and in the team submission process, but hope to drop the competition announcement tonight — if it isn’t done in time for tonight, check back tomorrow. I’m excited to confirm that, thanks to the efforts of Mees Brenninkmeijer in getting me data for an unrelated project, European players will be available in the competition.

On a technical note: more details will be available later this week when Adam makes an announcement, but we’re making a change to our membership software later this week. This change will bring us flexibility in future management of the site and closes up some holes in our current software configuration. This change will require a brief process on users’ parts to sync accounts with the new backend. That will be laid out in full when we go live on Thursday, but we wanted to make people aware so that you know to look for the new instructions if you have login troubles later this week.

That wraps up our site news for the day. Check back later today for the first installment of our road-to-Indy series, and later tonight (or tomorrow morning) for the Fantasy Competition, which will be open to all.

Otherwise, best of luck on the road to Indy. 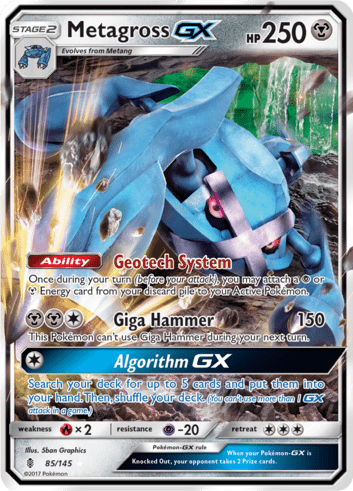