Well, to be honest, I’m not sure what day you’ll read this article. As I once-more write from the comfort of the skies, this chapter of the season is closing—finally, BKT–CIN is headed for the exits. It’s been a kind format to many, some’s least favorite in awhile, and rates in between for scores more.

Let alone what day you’ll read this, I’m not even sure what day it is at this point—or what day I ought to consider it. I do know, though, that we have a pretty solid week of content lined up: I’m going to start off with a look at Sydney and evaluate the impacts on our preparations for Collinsville, Xander has a look at a pair of concepts he’s been testing, Brit a peek at a few more, and Travis’ll finish out the week.

Right now, those are scheduled such that I’ll be Monday, and the rest will fall a day each afterward, but I know that my first task as soon as this is written is to look at Xander/Brit—it’s possible we’ll push ahead so that you have more time with the information before Collinsville. As always, the Twitter is a great way to keep yourself apprised of the latest.

With that housekeeping and the mystery of the International Date Line & my current position aside, let’s grab a look back at the weekend in Sydney.

Sydney Salutations: The Look Back

When I left my last article in Alex’s capable hands, I genuinely had no idea what I would play in Oceania. The tournament was a day and a half or so away, so that wasn’t yet an emergency, but I definitely would’ve preferred a more solid idea. Gardevoir was an option, as was Drampa/Garbodor. Buzzwole was on my mind, but I’d say Gardevoir was probably my “first” choice—in this case, all that meant was that it was my backup plan if nothing else better presented itself.

Had I played Gardevoir, I don’t believe things would’ve gone all that well. We tested a series of Gardevoir, Buzzwole, and Drampa lists on Thursday, mainly against each other. The decision process, for me at least, essentially came down to which of Gardevoir and Buzzwole was winning the head-to-head. Since I beat my brother more with Buzzwole than I did with Gardevoir, that’s where I landed. Ironically, he’s been the defender of Buzzwole in our house since he played it in Memphis, but I made this call a comfortable 4+ hours before he did—citing concerns over the Volcanion matchup.

After we demonstrated that was a non-issue, he moved on and we built the decks. One of the final calls related to the list came regarding Lycanroc BUS. This card is pretty niche as use goes, but we were somewhat paranoid of a day ruined by Hoopa BUS. Moreover, it can be used to shore up 2HKOs against Volcanion and mirror, while also being a way to 2HKO Mewtwo EVO—and, as it turned out, can also 1HKO Mew-EX.

I know that my brother and finalist Joe Ruettiger worked together on a list before the tournament, and that we consciously decided not to play the Carbink BREAK he did—and, that he was thoroughly unimpressed with our Lycanroc. Other than that and a Super Rod/Rescue Stretcher swap, I’m not sure that our final lists were too different. Nevertheless, I stand by the Lycanroc.

I can’t say we ever considered hard-techning for mirror the way Jimmy, Azul, and a few others did with that Mewtwo EVO. In hindsight, it was kind of silly to expect a healthy representation, but not see it fit to do something about it, but that’s Pokémon.

In conjunction with what I wrote above, a big part of how we ended up with his choice of deck was its inherent consistency: it only aimed to do something simple, so it ought to do that simple thing more reliably than what we see with some other decks that try to do more intricate things. Gardevoir-GX is a better attacker, but it runs the risk of simply not setting up in any given game. Buzzwole preys especially on those decks that struggle to set up quickly.

With that said, the number of eye-roll worthy hands of Energy or other unplayable nonsense the Americans overall could tell of from this weekend is quite telling. I personally had a few, but in every game where my deck executed to a reasonable extent, I won—now, one or two of those games where I didn’t execute I probably would’ve lost anyway, but for the most part, the sheer power and options this deck brings to the table are incredible. Sometimes, though, it just didn’t work out. The fact that a few different major circles of players all came to the same conclusion is telling of the deck’s strength, in my mind.

This was my run:

By far, the story of my weekend was being unable to close out close games with Golisopod. More than one of these games was an Elixir or two from tilting in my favor—and in Round 9, I’m not sure what wasn’t going in my favor as I drew hot enough to put the sun to shame. My loss in Round 5 was a combination of symptoms: some pretty disastrous hands, especially in Game 1, but also my opponent’s quick double Vikavolt in Game 3. Once Vikavolt/Bulu sets itself up, things can get very ugly, very quickly, and that’s what happened here.

I don’t have my brother’s round-by-round, but he took a 6-2-1 Day 1 record to a Top 16 finish on Day 2. There were some close moments in his run, especially a 7 minute Game 3 with Jimmy Pendarvis that made its way onto the stream, but ultimately he came up short. More on the Round 13 game later. Meanwhile, super happy for Joe Ruettiger and his finals performance—it’s only a shame he wasn’t able to finish off the American sweep of the weekend.

Speaking of finals, the other story of the weekend was obviously the Gardevoir/Zoroark deck that some of Europe brought to the event. Obviously, that went decently well for them as a group, and Tord Reklev won the event with the same. As we move into the next format, there’s nothing in Ultra Prism that explicitly makes that concept bad, but I don’t think I expect it to do well in St. Louis this weekend. Nevertheless, that won’t stop people from trying, so it’s probably advisable to test against it a bit.

An Aside on Shortcutting and Best Practices

On any given weekend of Pokémon, I’ll witness a number of mistakes, suboptimal choices, and poor practices that make me cringe inside—many of them my own! I wrote at length about this a few months ago, and would maintain that much of what I wrote there continues to be valid truth moving forward. Simply, it’s always better to minimize your exposure to risk where you can do so.

One such area that we saw a player on stream do so this weekend: playing a card from a deck search directly to the field. I mostly “get to” call this out because I’m closely related to the offender, but it’s a lesson to all that it may be better to back things off a step or two while playing the game. In Alex’s game with Jimmy, he does a late game deck search for a Lycanroc-GX, and rather than using Max Elixir before evolving, evolves first—a critical sequencing error that cost most of the hope he had of continued contention in the tournament.

Alex placed the Lycanroc directly on top of the Rockruff on his bench, thereby signaling it evolved, and thereby shooting himself squarely in the foot. This can be avoided by keeping a clear head at all times, but realistically—especially on stream—that’s not really viable. One way to help mitigate instances of mistakes like this is to habitually practice play patterns that don’t open up this window of risk. That is, if a player is in the habit of placing all cards in his or her hand after a deck search, he or she is far less likely to make a gaffe like my brother’s.

This isn’t something I do 100% of the time myself, but after this weekend, my goal is to bring that number closer to 100% than where it is right now. Continual improvement is something all of us can engage in, and at this point, this is my current step toward being a better player—it’s something I would suggest you adopt as well. As an added bonus, judges will probably appreciate the minimized shortcut.

As an aside, obviously, Jimmy and Alex were playing a high-stakes game in a high-visibility environment with a rapidly ticking timer. Shortcutting in such situations is defensible, and mistakes will be a part of the game. The path to International or World Champion will be paved with skill, a bit of luck, and a few mistakes on an opponent’s part. What I’m advocating here may or may not have actually helped Alex in that moment, but it definitely can’t hurt. Get in the habit of doing the clean thing in the low-stakes situations, and you’re less likely to run into trouble when the pressure’s on. I know I’ll be doing so.

With my relatively early exit from the Oceania International Championships, I had some time this weekend to try a few decks out on TCGO, but I still haven’t quite gotten a grip on the format. For the remainder of this piece, I’m going to cover some general thoughts on decks, the meta, and what to expect next weekend. Hopefully some of it will be of use to you in your preparation, but I won’t be shy in noting that the remainder of the week will probably know more than I do at this point.

With that, we’ll be off to another Regional in short order. It feels crazy to know I’ll be off this plane in a day or so, in town for no more than 4, and then back off to Collinsville. The next few months are going to be crazy, and I look forward to spending them with many of you. There’s a lot of Pokémon to be played, a lot of articles to write, and a lot of travel on the docket.

Otherwise, as always, all the best in your endeavors. 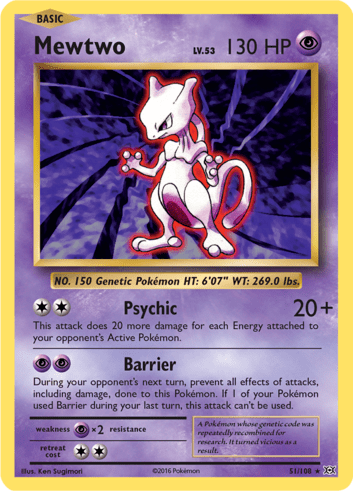