Hello everyone! It has been a while since my last article. I have been busy the last two months, both in my personal and my Pokémon life. Personally, I have gone through the process of finding a new job. Luckily, that search was quicker than I anticipated, and I have a new school I will be starting at next fall. As for Pokémon, though I have not had the opportunity to play in any large tournaments recently, I have been working on the podcast! Hopefully you have tuned in – and if not, I hope you will tune in going forward. It has been a lot of fun so far and while I know it is far from perfect, I know it will continue to get better the more time I put into it. Some of my thoughts on the Standard format are on the episode that just came out, so definitely check that out for some of my more general thoughts.

Today, I want to go into some of the decks we talked about on the latest episode and give some lists and further insight. Though I will not be attending Charlotte, I have been testing a fair amount in preparation for League Cups and because the format is actually quite fun right now.

First, I want to mention briefly my thoughts on all of the Zoroark decks. Any Zoroark deck is a good play for Charlotte. However, some are stronger than others. My opinion of the major Zoroark decks goes as follows:

I personally do not think the Garbodor variant is very good. Though mashing broken cards together worked for Gardevoir and Zoroark, I am less convinced on Garbodor and Zoroark. Bursting Balloon to get a Hex Maniac effect is cute but a bit gimmicky. You lose a powerful secondary attacker by focusing on Garbodor. You do have Trashalanche, but you do not force your opponent to play items as quickly as other partners like Espeon (via Confusion) and Drampa (via Righteous Edge) do.

I have been enamored with the consistency of this deck recently. It is much more consistent than the other Zoroark decks because the deck runs seven “attackable” Energy cards—Energy that can be used to attack for just one attachment. This is a huge boost to the deck, as Zoroark variants like Lycanroc, Weavile, and Gardevoir require either multiple attachments beyond using Riotous Beating or cannot be fully utilized until later in the game. Golisopod, therefore, is the most consistently powerful in the early game. My current list for this is a mash up of Igor Costa’s and Benjamin Pham’s. I enjoy having the Sudowoodo to have that ‘X’ factor that pushes the deck over the edge. This is what I consider the best deck in the format heading into Charlotte.

I got second at a large (61 Masters) League Cup in Pennsylvania with the above list. Here were my matchups:

Note that I played a lot of the other top decks and did pretty well. Notably absent was Buzzwole, which did not fair too well at the Cup as a whole. Most of the top players there decided to bring Zoroark decks—a testament to the strength of the card.

I don’t want to spend a lot of space here reiterating all the things I said on the podcast about Zoroark/Golisopod, so give that a listen if you want more insight into this deck. The one thing I do want to briefly discuss is Pal Pad. I included this card primarily to act as a pseudo-4th Guzma and 2nd Acerola. It also has some niche uses of getting back extra N in the late game and it allows you to discard Supporters with Trade with a bit freer reign. Finally, it provided a way to “save” a spot by trimming down on other counts and including this.

Overall, the card was not very good. I found that more often I would Wonder Tag looking for a Guzma, find that my third was prized, but that Pal Pad was in the deck. There was also at least one game where Pal Pad was in my hand in the early games and I really just wanted a Guzma to pick off a Basic on my opponent’s field. I think I would drop the Pal Pad for the 4th Guzma. You actually do not use Acerola all that often, so I think I am comfortable with a single copy.

This is almost certainly what I would play if I was attending Charlotte.

This wouldn’t be a Mike Fouchet article without a Gardevoir list! While I think traditional Gardevoir lists are a bit too inconsistent in a format dominated by Zoroark and Buzzwole, the inclusion of Zoroark in Gardevoir is something I find quite potent. Mash two broken cards together and you often have a broken deck!

My list has not strayed too far from what Tord won the Oceania International Championship with—indeed, no Zoroark deck can stray too far as they have the same 40-45 card shell. However, there are some key tech choices that can shift matchup percentages. Here is the essential cards for the deck and I will discuss options for filling out the list below.

There is not really a lot of ‘give’ in this deck – there are just so many important cards when you stick a Stage 2 in with the Zoroark shell. Golisopod and other Stage 1s have more flexibility in filling out their spots, but since we need Rare Candy, more Energy, and double Mallow, we are not left with too many open spots. Tord chose to include Parallel City, Enhanced Hammer, and the 3rd Guzma in his list. These are all pretty good choices, but maybe not the best anymore with the current metagame. Let’s explore other options.

My current list includes the Clefairy, 3rd Field Blower, and Parallel City to fill out the list. However, I will continue to mess around with all of these cards as I keep testing.

Solgaleo/Zoroark is another interesting Zoroark deck that could be viable. It has good matchups against many of the other Zoroark decks, as you can 1HKO and they cannot 1HKO you back. Michael Catron won our League Cup, taking the idea from Chris Taporco and Sydney Morisoli, I believe. He changed cards from the list they ran in Collinsville, and I am changing some cards from Michael’s list:

Though the deck takes a similar approach as Zoroark/Gardevoir, there are some important differences.

If you wanted to fit Puzzle of Time in the deck I would recommend the following changes:

This is a pretty fun deck and I would not be surprised to see it do decently well in Charlotte. Solgaleo p is a very strong card in the format, as very few decks can 1HKO it. This allows it to get immense value, and also allows it benefit from the inclusion of Max Potion.

The last deck I want to present you is something for Expanded I was testing a bit before Costa Mesa. Though I didn’t go to Costa Mesa, the idea is pretty cool. The list is still very much in the works, but maybe I can get it working (and the meta will still be prime for it) for Virginia in May.

Why could Mega Sceptile be a decent deck all of a sudden? Here are a few reasons:

I will be testing this deck now and then over the next few months to see if it is really a contender. Mega decks are always inherently clunky, so I advise going into this deck with a fair amount of skepticism. If nothing else, though, it will be fun!

Thanks for reading everyone. As I mentioned, I will not be at a major event until the end of May for Virginia Regionals. But, I will still be playing around and helping friends test for tournaments. And of course I will be pushing out podcast episodes!

Speaking of which: April is a light month for major events. So far I have been basing the podcast episodes around the major tournaments, but this will not work in April. I have some ideas of what I might want to do, but I would also love to hear any suggestions you all have. Let me know either on the thread for this article, PM on the message boards, or messaging me on Twitter.

Thanks again and good luck to those of you playing in Charlotte next week! 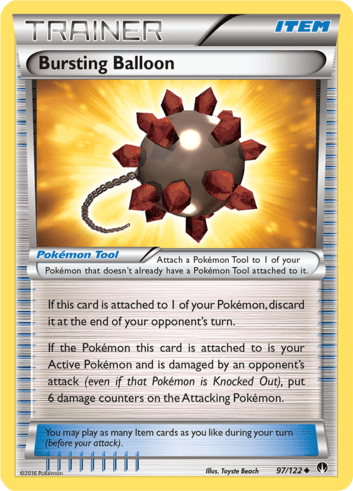