What’s up everyone! Last time I was here, we were looking down a fairly uncertain metagame in Charlotte, followed by an even more uncertain metagame in Portland with the release of Lucario-GX. The metagame has turned in a direction I did not expect, but it is the world we live in today. Today I’ll discuss some of my thoughts on the Standard format and take a look into what I consider to be one of the best decks (spoiler alert: it is Gardevoir-GX again). Then, I have some similar musings on the Expanded format. Let’s get to it!

To put it bluntly, I think many of the decks we have seen do well recently are not—objectively—good decks. I’m talking about things like Attacking Hoopa, Sylveon, Vikabulu, and even Espeon/Garb. They are just weaker in power level than the other options in the format – decks like Zoroark/Golisopod, Zoroark/Lycanroc, Gardevoir, and Buzzwole/Lycanroc. This “new meta” is strange – these decks are clearly finding success, but only because of how they stack up against the old meta. In general, they are weaker decks, but have better matchups.

This provides an interesting lens in which to approach the format: play stronger decks with weaker matchups or play weaker decks with stronger matchups. Of course, the stronger decks can tailor their lists to deal with some of the emerging powers. Zoroark decks in particular have a plethora of options they can fit: Oranguru for mill decks, more Field Blower for Garbodor, more supporters for Greninja, more Parallel City for Bulu, and the list goes on. Of course, the more they tech for these matchups, the worse off they are against fellow tier one decks. And so the cycle continues.

All of this is to say that the Standard format is in a really weird place right now. And where do you turn when the format is in a strange place? Your comfort zone. Which, in my case, is Gardevoir-GX.

Gardevoir-GX continues to be my favorite card in the format. In a format filled with mediocre decks, Gardevoir seems just…broken. It has good matchups against most of the “new” meta and still fairs okay against the old guard of Zoroark and Buzzwole. Here is the 56 card skeleton that I think most straight Gardevoir lists should be playing:

The last four spots are in constant flux and up for debate. I talk a lot with Seena and Eric Gansman about Gardevoir. Seena still believes in Oranguru over Octilery, which gives him five flex spots. I am firmly sold on Octillery, however. On the flip side, Gansman is firmly sold on 2-2 Octillery, but I think it is largely unnecessary. You can get by without Octillery and there are often games where you don’t get it out until the midgame anyway.

I would like to highlight my high Sycamore count. Many lists run 0-2 Sycamore which I think is just wrong. I am actually going to talk about this a bit on the next podcast episode, but to summarize: Gardevoir is a deck that needs to draw lots of things—and, often, specific things. There are so many times where you need something like DCE+Fairy which means the difference between a 1HKO and a 2HKO, which can often mean the difference between winning and losing the game. Sycamore not only helps you dig deeper, it also lets you discard bad cards to increase your percentages as the game progresses. It is okay if you discard valuable resources in this deck. You have lots of redundancy with double Super Rod, 4 Candy plus Kirlias, and Twilight-GX. I would consider playing 4 Sycamore/1 Cynthia before I considered 2 Sycamore/3 Cynthia.

Here are the cards I’ve tested recently in the last four spots, roughly in the order I found them to be effective:

I won’t go into the details on all of these cards right now—I have a lot more I want to discuss in this article, and I have given thoughts on many of these cards in past articles on Gardevoir. If you are curious on any of them, please ask on the forums or message me on Facebook/Twitter.

When I got to my League Cup this past Sunday I had this 56 card skeleton in my head. I am pretty sold on the 3rd Kirlia if I have the room, so that went in quickly. I saw at least three players sleeving up Greninja (and two of them were some of the best players there), so I tossed in Giratina. I think the deck needs a third (and perhaps fourth) Blower or Stadium, so I opted for a single copy of Parallel City, as I saw more Zoroark decks than I initially anticipated. Finally, I threw in the 3rd Max Potion, as I saw some Buzzwole milling about.

Here were my rounds:

As you can see, I played against wide variety of decks. Perhaps ironically, I did not play against many of the “new meta” decks I mentioned, which was a large part of why I wanted to play Gardy in the first place! That said, there were a few mill and Garbodor decks in the room, I just did not happen to hit them. Gardevoir definitely has game against a wide range of decks.

The list ran really smoothly aside from one of the losses in Top 8 and one in the finals. I think Gardevoir’s matchups are strong right now and I would consider playing it if I was attending Brazil in a few weeks. In Best of 3, it is very important to scoop early with this deck. For example, against Buzzwole/Lycanroc in Top 8 I scooped Game 2 after his turn three, as he KO’d two of my Ralts. It is possible I could have won that game, but I wanted enough time for a game where I would go first. In 50 minute rounds, you need to be even more on top of the time constraints.

Though I did do some testing for this past League Cup, I have actually spent most of my testing time on the Expanded format. My next major event is Virginia, and while there is a new set to be released prior to then, I cannot imagine Expanded will drastically change. Thus, I continue to think about and mess around with this ridiculous format. I hope this section is also helpful to any readers who will be attending the Expanded Regional in Germany this weekend. Here are some of the basic premises driving my thought processes:

Okay, so that is where my thoughts are stemming from. So what can we do with this as our basis? Despite my last article’s ambition, M Sceptile is not good, at least in that iteration. The Magearna gimmick was not enough to push it over the top. I may mess around with a Leafeon-GX build, but I was pretty discouraged with the results.

However, there is another Mega Pokémon potentially worth exploring:

The other Gardevoir! Here is a list I have put together based on Connor Finton’s list from last year’s Collinsville Regional and Sejun Park’s list in which he won a large tournament in South Korea playing in the XY-on format.

Much like Mega Sceptile, one of the major draws to M Gardevoir is its inability to be 1HKO’d by a Zoroark-GX. This gives it a chance to Max Potion, attach another Energy, and abuse Dimension Valley to swing for just one Fairy Energy. Red Card, Hex Maniac, and Ghetsis can certainly disrupt you, but hopefully between healing and the pressure you put on as well, you can get there.

M Gardevoir has great typing right now. Psychic is a good type against Fighting decks that may crop up to try to contend with Zoroark, and its Metal weakness is non-existent in Expanded.

Lusamine is included so Zoroark decks cannot run you out of Dimension Valley. With Sky Field, Field Blower, and Puzzles, this is a realistic concern. It also helps against Seismitoad decks, allowing you to reuse some Supporters that otherwise would be lost to Quaking Punch. Lusamine might be too slow of a card to actually play, but I figured I would give it a shot. If you took it out, Dowsing Machine would become the ACE SPEC of choice.

Though I have not put too much time into testing this just yet, I am looking forward to giving it a go.

The deck I have been the most excited about in Expanded is definitely Durant. Though I am still on the fence as to whether it is actually good, it has been fun at least! I am also confident it destroys Zoroark. The inspiration for trying Durant again goes to Grant Manley, but my list has deviated significantly from the one he posted on Twitter a month ago. Let’s take a peek.

A couple important things to note that I have learned since starting to test this deck:

Besides those two points, the deck is pretty straightforward. You aggressively attempt to find all your Durant (hence the eight Balls and four Trainers’ Mail) and mill your opponent before they can take 6 Prizes. If Life Dew sticks on the turn you play it, you will often win the game. Trick Shovels give us some extra reach and perhaps we should play the 4th copy. A second Counter Catcher would be nice to have, but I am not sure it is necessary. Jirachi is cool because Mew can copy it, it buys you a turn on a turn where you might miss Enhanced Hammer, and is a good alternative to a Devour for only two or three.

The main reason this dominates Zoroark so much is the fact they only play four Energy with which to attack. This requires them to use Trade to find their DCEs, and the problem only compounds as the game goes on and you remove them via Enhanced Hammer while discarding their resources with Devour. Other matchups that rely heavily on Special Energy are similar.

Decks like Drampa/Garb and Glaceon can be a bit more difficult, but both have the problem of needing multiple Energy to 1HKO Durants. This allows the combination of Enhanced Hammer + Flare Grunt to be potentially devastating. Their locks also do nothing to our deck. I need to test these matchups more—particularly the Drampa/Garb, as Trashalanche is a bit scary—but I feel like both of these should be favorable. You also have an auto-win against Wailord and any other passive mill deck, which is pretty sweet.

Obviously, we struggle against all Basic Energy decks like Gardevoir, Darkrai, Volcanion, and Greninja. Luckily, these decks are not very good in the current metagame.

Overall, Durant is fun and would be my top choice if I were going to Utah. We’ll see if anyone ends up playing it and how well it does!

That’s it for me today. At the same time I wrote this article I was also preparing for a podcast episode, which will look at general ways to improve your game. It will feature fellow SixPrizes writer Pablo Meza and former SixPrizes writer Russell LaParre. I hope you enjoyed the article and are listening to the podcast! As always, feel free to talk to me on the boards or on social media about anything you read here or any other inquiries. Till next time! 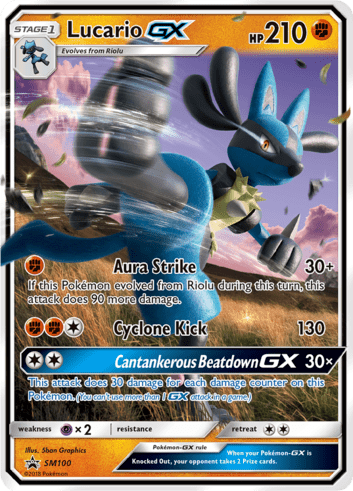