The first North American Regional of the season is quickly approaching—by now, if you’re planning to play, hopefully you have a good idea of the 60 you’re looking to use! With that in mind, talking more about the Philly format is probably not going to get us anywhere, so I want to move on to what’s coming next: Dragon Majesty.

This mini-set has a super odd release schedule, with various products coming at various times, but the first of hit the shelves last week, meaning they’ll be legal for play on September 21st. This, oddly makes Philly the “last” big tournament in its format, though the shift won’t be as pronounced as a normal, full expansion. I’m going to take today’s Flyer and throw out a few ideas involving cards from the new expansion.

I’ve not tested them yet, which is why we’re here and not in a true UG article, but I figure we all need to start somewhere—and hopefully this gives some inspiration along the way.

There are a lot of different potential directions to go here, including finding some sort of Kiawe/Ho-Oh concept to lead with, using that to relieve pressure from your vulnerable board. I’m fairly confident that this is a concept worth exploring generally, though, as Water has no place in the current format and the attackers here have the potential to do a lot. Firestarter is a little awkward in that it requires the Pokémon to have been on the bench, but we’re playing high switch counts to help make that work. This Blaziken-GX is a powerful punch, and is hard to KO, so there’s likely something to work with here.

Another list I’ve considered for the same concept is this one here, but I think it probably would be a touch too slow:

Okay, admittedly, this is probably more about what I want to work than what will actually work. It’d be super cool to take Strike and Run back into the forefront. Not sure it’ll actually work, but this is the outlet for it if there’s ever been one.

So, a bit of a problem presents itself here: Dragon now has a lot of cute stuff, but Energy acceleration is as-of-yet a bit of a void. We see this format is one where Energy acceleration matters (unless your name is Buzzwole FLI), so this seems to pose a bit of a problem. The problem with both Lance p and Zinnia is the requirement to have been Knocked Out last turn. It’s one thing with Lance, as getting 2 Dragon Pokémon, stage independent, out of the deck is pretty useful. The problem is that none of the Dragon Pokémon solve the problem of Energy.

Zinnia tries, but your hand—without playing a Supporter—needs to include it and two Energy to make any use of the effect. We can play things like heavy Tapu Lele-GX, and maybe even Ribombee to hunt out energy, to make this more manageable, but it’s never going to be perfectly workable. To cap it all off, everything has to fit in a 60 card list and on a 5-Pokémon bench. We still need to attack, too.

There’s only one Dragon concept that I think holds any remote promise, and it’s a stretch:

I dunno, folks. It’s a major stretch, but it’s the only way I think any of this might be playable. Maybe one of you will have a strike of inspiration. I do think Altaria DRM might have some potential at some point, and maybe it’s with the GX counterpart, but I’m not sure what it looks like. This would be a lot simpler if we had Double Dragon Energy, but for better or worse, that’s not the case.

Some of this stuff is actually a little cool in Expanded, but I don’t think any of it is better than Night March or Trevenant—or can refrain from playing Items well enough to beat Garbodor—so we’ll move on from there for now.

Otherwise, the best Dragon idea I have on hand is some sort of Salamence concept that relies on Lance to bring 2 Salamence-GX into play, and uses Malamar or something to refuel the discard? I dunno, people.

Alright, I think I might’ve taken two ideas I had and sort of merged them into one here, but the principle is that Kingdra-GX’s attack isn’t that inefficient on something with 230 HP, especially when we can use Quagsire to move the Energy around as needed. This allows a new Kingdra to hit hard, and allows an old Kingdra to be Max Potion’d back to full effect. Maelstrom-GX combos well with Kingdra BUS, and the Burning Shadows variant also offers a fairly decent 90-for-1.

Where I might’ve left the rails is this Swampert concept. The Ability-based draw is obviously fantastic, and it’s possible that the better deck might actually be Swampert/Quagsire, simply aiming to set up as much as possible and cycle between two Swamperts as needed while denying Prizes on the edges with Max Potion. I like both of these ideas a lot, but the latter one might be advantageous because it can avoid Shrine of Punishments.

As always, I’d like to hear what you think. Like I said earlier, I certainly haven’t tested these yet, but I though this would be a good spot to raise the profile of some cards you might want to look at heading into next week as the set becomes legal on Friday. This is the sort of niche I envision for the Flyer—it’s not worth a full article, but there’s some stuff to talk about nonetheless.

On Monday, we’ll put out a link for you to submit questions to the first mailbag edition of the Flyer. That’ll be on the two social media pages and probably nested in the week’s articles.

Wishing you a successful weekend, Philly or not! 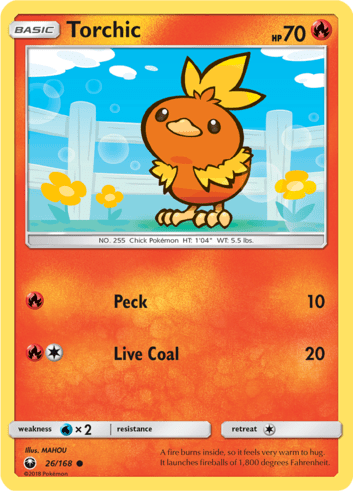