Welcome back, everyone! I hope you’re enjoying this way of wrapping up the week—I’ve enjoyed writing them, if nothing else. As always, feel free to drop any feedback my way.

I’m going to keep the intro short today, as we’re going to go through the questions submitted to me over the last few days. A few questions weren’t fit for this format—a few were just trolls, too—but I’m going to cover what I can in this space. From a programming perspective, Alex, Isaiah, and Xander will have the last competitive words before Memphis and I’ll probably cover Expanded a touch in the Flyer next week.

What’s the kindest possible way to tell an opponent to stop slow playing?

This is something a lot of less-assertive people struggle with—myself definitely among them. Remember, though, the rules are on your side. You have a pair of real options:

Sadly, there’s no “great” way about this.

Softball travel question to contrast with all the competitive chat (and with apologies to the rest of the world): What are your top North American cities that, in your opinion, would be great places to host a Regional Championship that haven’t had the chance?

I’m always going to look at this from an ease-of-outsider travel perspective: Minneapolis, Indianapolis, Cleveland, Raleigh…I don’t know, I run out quickly. Maybe Atlanta, but my understanding is that there are possibly some difficulties there with local regulation.

Shrine of Punishment-focused archetypes have seen a lot of success in the Standard format to start this season. Speculatively, however, would you expect the Shrine of Punishment-focused archetypes to successfully make the transition to Expanded format play in the face of strong 1-Prize opposition like Night March and Trevenant? If so, do you think it will be in something like their current incarnation with cards like Buzzwole FLI, Weavile UPR and Tapu Koko spread, or do you expect it to take another form entirely with all of the additional options Expanded has to offer?

I don’t think it’ll translate nearly as well, for the reason noted within the question: Expanded has a lot more decks that just don’t care, and Drampa/Garbodor is a huge one—singlehandedly, I want to write off the “standard” Buzz/Shrine because of its presence. If it were to be good, I think Baby Buzzwole is probably still a huge part of it, but there are infinite options in Expanded that probably could make the other stuff obsolete. I haven’t thought about it much, but I would not look to translate the Standard version to Expanded. However, people probably will try, so it’s something to keep in mind when testing for Portland and Anaheim.

What are the best decks in Expanded right now?

Drampa/Garbodor seems the forerunner to me. Not much will have changed from the construction we saw in Orlando last season. Sableye/Garbodor is probably pretty strong now that other decks have lost Puzzle of Time and are on more-finite Energy resources. Archie’s Blastoise will be played, but I think it’s likely to disappoint. Zoroark does not impress me at the moment. I don’t think Night March will materialize the way a lot of people want it to. Frankly, anything that can fit Garbodor GRI and set it up often enough (while putting enough early pressure to make opponents play Items) is probably a decent deck in Expanded. More on this next week.

Do sponsored teams collaborate across the team, or just in their personal testing groups? Which team works together the best, and not just as sponsored individuals?

Depends on the team. I know some that were testing groups first, teams second, and some that were a bunch of different testing groups that happened to be sponsored by the same person. I’m not aware of a formal team that functions as a singular testing group at the moment. The deceased CCG Castle and Carta Magica teams were probably the closest things. A couple of the current teams are definitely too large to be coherent testing circles.

Which US/Canada Regionals will have the lowest attendance this year?

In order of now-future: Portland, Roanoke, Anaheim, and Santa Clara will probably be the smallest. The West Coast is a rough place to run a tournament. Portland is especially costly by nature of PDX, Anaheim is at a bad time of year, and Santa Clara is trending toward the end of the season. Roanoke could surprise me, but I worry for what its attendance in May says about the number of traveling “locals” and the Thanksgiving factor. I genuinely hope I’m wrong about that.

What makes a format conducive to Stage 2 decks? In general, it seems to help if the Stage 2 line consists of support Pokémon with energy acceleration abilities, such as Vikavolt and Magnezone. The successful Stage 2 GXes, Metagross-GX and Gardevoir-GX, are similarly energy accelerators but are also main attackers, which means that you need multiple copies in play and you suffer an double loss when they get Knocked Out. Metagross-GX seems to have found a niche with the release of Steven’s Resolve, the lack of N and an ability that allows it to take full advantage of Max Potion. Decidueye-GX seems to be an anomaly in that it does not accelerate energy, although it has the advantage of not being a main attacker.

I think Energy Acceleration, as you identify, is a key. That’s been a huge part of most of the Stage 2s that’ve seen success over the last few years. The anomalies have found niche mostly in slower formats where overwhelming board positions can be established, and there’s a reason we’ve gone entire seasons without an example. Even things like Gabite DRX’s Dragon Call and Water Duplicates aren’t always enough to ensure playability. When you’re exchanging that much deck space, it needs to do whatever an equivalent Basic does in a way that also can “bulk” in the late-game to make up the deficit left during setup. You’re, in that form, playing more of a game against your opponent’s resources or yourself than you are against your opponent’s attacks.

I think Decidueye, though, is the rare example of “Zoroark needs a partner” and is only playable because of the draw power offered there and the fact that Zoroark’s quick damage distracts from taking out the Rowlet. If it weren’t for Zoroark, Decidueye would definitely be still sitting in binders.

Are we likely to see Ultra Necrozma in a top tier deck? It seemed to have huge potential.

I don’t think the timing will ever be better. The problem is that it’s no more efficient than Malamar/Shrine at taking Prizes while being a bigger liability as a GX attacker. In Metagross, you need the 250 HP as a way to cure your setup deficit, which precludes using Ultra Necrozma. I think it’ll feature in something big at some point, but I don’t know that the cards are on the table for that right now—and the card might be well into Expanded before it happens, honestly.

Now that there are no Cups in my area, how am I supposed to play Pokémon and go for a Worlds Invite. Is the Worlds structure devolving to a Regionals based tour?

It’s hard for a lot of areas, as the number of Cups has dropped substantially. I can only, at this stage, say that I believe it’s worth waiting to find out what TPCi does with the invite bar to analyze this further.

Did you write a piece on burnout of the tcg? I remember you saying something about it

How good is the ROI of an American attending an Australian SPE?

I’m pretty sure I know exactly which smart-aleck anonymously asked this question, and I was tempted to leave it on the cutting room floor, but here’s the simple calculus on that: Top 16, Top 8, and even Top 32 are all mathematically harder to make at American Regionals than they used to be because of 6-2-1 cuts. Since you only count 8 finishes, condensing your trips (skipping American Regionals for international SPEs) is a mathematical win. Perhaps a Best Finish Limit wasn’t such a great idea to muzzle international travel after all, eh?

What do you believe is the “correct” CP bar for an invite?

If we publicly knew what TPCi was aiming for, I’d be better equipped to answer this question. But, the bar needs to avoid discouraging players at its high end while also avoiding a Worlds that is pseudo open-entry. As I’ve expressed, I have a lot of sympathy for whoever has to actually make this call.

Thanks for reading! Hopefully you enjoyed this, as I enjoyed doing it. As always, hit me up with your feedback on the site, and have a great weekend! 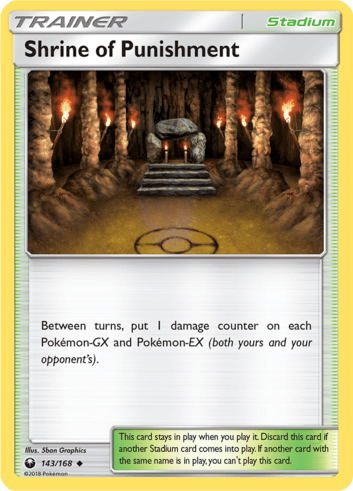