Hello everyone! Another week down, and this time, we moved thoroughly into the Expanded frontier. Travis, Pablo, and I had a trio of articles going into the larger format as we evolve past the bans it received this summer. It’s going to be an interesting format, and I’m curious to see what works out from here.

Next week, I’ll do the October mailbag, so if you have any Pokémon questions for my address next week, feel free to drop them my way. I’ll Tweet out some reminders throughout the week, and try to fit them into the articles where I can. Hopefully this can continue to be an engaging part of the platform.

For today’s Friday Flyer, I want to run back through a few things I talked about in my article earlier this week, and especially some reader questions I’ve received since that point. Let’s get into it!

Ah, Expanded’s former master. As some noted, I was not a fan of it in this space over the last few weeks, but made a comment or two in my Wednesday article that a few folks interpreted as a change in tune. Rest assured, I still have no interest in playing Zoroark and believe it’s in a precarious position in the Expanded format—that’s not a shift. But, the way to play Zoroark moving forward will be with a combination of Alolan Muk and Lycanroc.

Alolan Muk SUM is a lot less comfortable of a Sudowoodo counter than it wants to be. Disabling a number of things on your own side of the board is never comfortable, and the reality is that an opponent can afford to spend a turn KOing it with something fairly large, then watch as you are unable to attack for a meaningful amount of damage, back to being limited to 4 benched Pokémon. Thus, while it’s necessary to play, that doesn’t strictly make it highly playable.

Lycanroc-GX GRI is one of the most powerful cards we’ve seen in a long time, and Dangerous Rogue-GX is why it’s an important element of Zoroark at this point in time. With Zoroark’s potential to be limited on the 1HKO front, something has to be able to step into the void if Zoroark is to maintain its stature in the format. Lycanroc has this option, with Bloodthirsty Eyes to boot.

Now, if you want to beat Zoroark in the upcoming format, I think some garden variety energy denial (Plumeria, Enhanced Hammer) and Sudowoodo are most of the way to getting you there: and that’s where the picture gets ugly, in my mind. One of the things that is implicitly going to prop up its playability is Trevenant’s position in the format—that is, Trevenant is probably prominently favored to do fairly well and Zoroark is a good answer to that.

But, as some will tell you (our own Xander Pero definitely fit this category at one point), Zoroark hasn’t always had the easiest time beating Trevenant as it was. Now, the situation is a little dicier yet: there’s no more Hex Maniac, meaning the outs to Item-enabled turns are thinner than ever. When you do get those Items, Puzzle of Time won’t be among them, which prevents “crazy” turns from coming into fruition. It’s a lot more precarious a picture than it used to be, and I’d be tremendously unsurprised to see Trevenant lists take unconventional routes like AZ to clear its bench of Guzma targets to further tighten the Item lock noose. For both decks, it’s a matchup of great importance. If you’re planning to play either, you should test it a lot.

With that said, I did fail to include a Zoroark list—and that was oversight alone. Fortunately, Travis picked us up there, and you can see his article for that.

In general, if you do not have Tropical Beach, you will be better served by playing a different deck that does not require them than by playing a Tropical Beach deck without Tropical Beach. The card is only very rarely played as a luxury: in most cases, it’s the tool that takes oppressive inconsistency toward the border of playability. Sometimes, it doesn’t even get that far. There are a few limited exceptions (say, Vespiquen of a few formats ago), but none of them exist in this upcoming format.

You should not play Greninja…but some people are going to play Greninja. Inconsistency is never a good answer to the Expanded format, and Greninja is the epitome of inconsistency. I would just straight up not do this. Nevertheless, testing against it is good, and any of the lists that did well last season are a good starting point. Giratina, which figures to be played alongside the Trevenant hype, is another issue here.

I hope we got you off to a decent start in your Expanded testing this week. As always, if you have any feedback or concerns, feel free to let me know. Otherwise, as always, all the best to you. 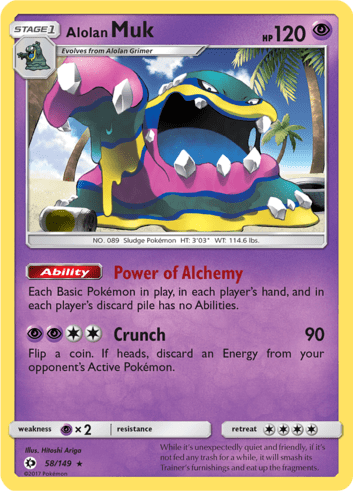