What up everyone. The transition from Standard to Expanded is always exciting and one I have enjoyed over the last few seasons. Even when Expanded feels very stale and broken, the sheer number of possible combinations available leads to some interesting and fun thought experiments. With the recent bans of key, oppressive cards, this process is more exciting than ever.

The other writers have laid a good framework for what to reasonably expect in Expanded, but I would like to offer some of my thoughts on that as well. Then we can jump into some other decks that have potential in such a large card pool.

The biggest piece of advice I can give you for the upcoming Regional in Portland is this: expect the unexpected. I think lots of players will try to take whatever deck they find the most interesting or fun and attempt to make it work for this tournament. Though there are established powerhouses, the format is undeniably more accessible to random decks than it was back in the spring for Roanoke. This will lead to lots of pet decks. There is no reasonable way you can prepare for everything, so try to give some thought of how whatever deck you decide to play will play against different types of decks. Looking back at Christopher’s initial article last week, we can think of different categories of decks like Item-lock (Trevenant, Seismitoad), aggressive decks (Buzzwole, Night March), aggressive – control (Zoroark), stall (Wailord, Sylveon), 1-Prizers (BuzzShrine, Night March), etc. Some decks cross over two or more of these categories. Even if you don’t play games against everything, you can still do some mental preparation for these broad categories.

With that said, Trevenant and Buzzwole are the two decks I would absolutely not want to take bad matchups to in Portland. These were arguably the most successful decks in Roanoke, even with Zoroark still being a powerhouse. The loss of Wally in Trevenant is almost negligible – I discussed dropping Wally at length with many players even when it was legal. Buzzwole has lost nothing except the fact that Zoroark is no longer the de facto best deck, so it has lost its best popular matchup. On the other hand, Night March was its worst matchup, and Night March has gotten weaker as well. Both of these decks are extremely powerful and probably the best at what they want to accomplish. For every idea I have, I immediately ask myself “can it beat Trevenant and Buzzwole?” If the answer is no to both, the deck is discarded outright. If the answer is no to one of them, I will consider it and attempt to fix it so it can compete.

Other decks that I consider very strong and would want to have good matchups against include Garbodor decks (Drampa, BuzzShrine variants, Necrozma/tech attackers, Zoroark, etc.), Zoroark, and Archie’s Blastoise. Night March and Gardevoir feel weaker than before but still deserve some respect. I’ll defer to other’s articles on lists for these decks as well, but I do want to note that I think a Magcargo list of Buzz/Garb, similar to the one in Standard, seems potentially stronger than an Octillery version. Additionally, if you are running Octillery in the list, I would consider a split between Shrine and Brooklet Hill. We played a 2/2 split of these Stadiums in our Worlds list and it made the deck much more consistent. Shrine is not super useful in a lot of matchups and often you do not need more than two in any given matchup. The moniker “Shrine decks,” I think, is a bit misleading in this way.

With that big picture stuff out of the way, let’s look at some different decks that have some potential in our new Expanded world.

I last discussed Vespiquen in my January article pre-Dallas. While Vespiquen has not seen much success in recent Expanded events, I think it has potential to make a comeback with the newly banned cards. Night March has historically just been a “better” Vespiquen, but now without Puzzle of Time, the benefits of Vespiquen may outweigh the more straight-forward, tech-heavy deck that is Night March. Vespiquen bounces back from Karen better than Night March now, has better typing, and more HP. It also has a higher damage cap, though it can take longer to hit big numbers.

In my mind there are three main ways to play Vespiquen:

Here is a sample list for Vespiquen/Flareon, which I think will ultimately be the best way to run Vespiquen in the immediate future:

The list does not deviate from the core that has seen success in formats past, but I have included some tech choices relevant to our format. Giratina, along with basic Energy, should make the Trevenant matchup manageable. With Mr. Mime, Buzzwole should not be able to gain too much leverage on you via Jet Punch and you can trade more favorably than them. Resource Management Oranguru gives you a way to get back Battle Compressors, but more importantly helps against stall decks. This might be an unnecessary inclusion with Blacksmith+VS Seeker in the deck, but I had one spot open that needed to be a Pokémon, so it made sense to me. Klefki could fill that spot as well. Marshadow SLG might not be a bad inclusion either.

Other decks will have trouble keeping up with the single-prize, high-damage cap that Vespiquen brings. Drampa/Garb seems like the biggest problem matchup with Parallel, Trashalanche, Garbotoxin, and Oricorio. If you are worried about that, fitting two Tropical Beach or Field Blower seems like a good option.

I would be interested in trying a list without Shaymin-EX or Tapu Lele-GX, so to make the deck completely 2-Prize free. This would likely necessitate a change of the list to include Octillery, Archie + Swampert, or Magcargo with Acro Bikes. We would likely have to cut down on the Flareon line, but otherwise, I think this idea has a lot of merit and is worth exploring.

This next deck is my favorite so far from my testing. It has its roots in a few different places: Alolan Exeggutor FLI got some hype toward the end of last season after seeing some moderate success in Madison. My friend Bryan tried at length to make it work for the Worlds format, but ultimately it would lose to Zoroark+Acerola too consistently. More recently, an Exeggutor/Sceptile deck Top 4’ed in Japan’s last large event, which will likely translate to success in Standard here when Lost Thunder is released. At my Cups this past weekend I talked to some people that had some ideas for it in Expanded. One person discussed using Trashalanche Garbodor as a secondary attacker, which seems pretty solid to me. However, I want to explore a slightly different take on the Egg and abuse Propogation to its fullest: trying to use Archie. Let’s take a look.

This list is certainly not refined, but I like the general idea behind the deck: be a powerful single-prize attacker deck and utilize some of the most broken combos Expanded has to offer. Archie’s with the new Swampert gives you a super-Trade every turn and Exeggcute enables this combo even further. Compressor + Exeggcute + Ultra Ball + VS Seeker is an insane Trainer engine and sets up quite consistently. This deck regularly gets a T1 Archie off, though it is not mandatory for the deck to function. Exeggutor having 160 HP as a single-prize attacker makes the deck be able to play a long game, and should grind through most of the threats in Expanded.

Our tech Pokémon are part matchup-specific and part universally helpful: Mr. Mime for Buzzwole so Jet Punch doesn’t ruin our day, and Sudowoodo to make Zoroark have to work for its 1HKOs. Oricorio is mostly for Night March/Vespiquen but is also useful in general, as we don’t 1HKO EX/GXs, but Shrine can make it so we do not always need a full back to back 120 damage to take them down. Oricorio gives us a way to poke through and add extra residual damage. Similarly, Buzzwole is awesome against Zoroark, giving us a surefire way to take an easy 2 Prizes, but is also just great as a general attacker on the Sledgehammer turn. It also takes some pressure off our G Energy in case a few get discard early game while trying to set up. A single Tapu Lele-GX is needed to help ensure the early Archie, but we include AZ/Acerola to hopefully pick it up before it becomes a liability.

The trainers are pretty straightforward—we have to play a lot of Items to help set up the Archie, but we still want enough Supporters to set up through Item lock and get us through the game. Of these, I would most want a second copy of Guzma. Note the inclusion of Muscle Band over Choice Band. We are not looking to score 1HKOs on Pokémon-GX, instead simply wanting to take 2HKOs and trade favorably with our GX-like HP. Muscle Band helps tremendously against the 130 HP Pokémon that are out there: Buzzwole, Volcanion, Yveltal, and more. We may be able to run only two copies, but I like the safety of having three. I think three is important to beat Buzzwole-based Shrine decks, which are poised to be a strong force in the metagame. I would like another copy of Shrine, but don’t want them to bog early hands down too much and prevent Archie’s.

Quick notes on some of the matchups:

There are so many other concepts I have given thought to in preparation for this article. Most of them I have not had the chance to explore, but I at least want to share them and little tidbits with you:

That’s all from me. I am excited to see what happens in Portland and I am potentially even more excited to see how Lost Thunder affects…everything. Though, I am not excited for how it will affect my wallet! So many of the cards seem not just viable, but meta-defining.

I’m done with tournaments until the second half of November. There is a chance I’ll be in Roanoke, but I doubt it. Dallas will be my next definite Regional, so until then it is just quarter two League Cups to look forward to.

Look out for new podcast episodes dropping in the meantime. Thanks for reading! 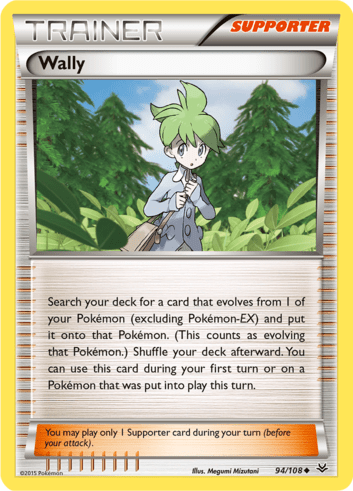