Hello 6P! Happy 2019 to everyone reading this! I hope the year is filled with lots of success for you, whether it be in normal life things or TCG tournaments! 2019 started off slow for me tournaments-wise, as I failed to secure my second finish at a League Challenge this past weekend. Nevertheless, Dallas is on the horizon and with no new cards, it will essentially be Anaheim: Part 2. I don’t expect history to repeat itself and the metagame will surely adapt more adequately to the dominant ZoroToad deck to prevent it from winning again.

Dallas will be the tournament where people can get some redemption and the often-meme’d-on Pokémon Ranger will likely see the light of day in many Zoroark decks and others potentially, too. The new set, Team Up, will of course not be legal for play yet. However, Magikarp & Wailord-GX will be legal for the tournament as it is being released in an independent box as a promo, and legal for the Cup the day before Dallas.

So will this new card cause a wave (pun intended) of influence and make Archie’s Blastoise immediately better and a more powerful archetype? I believe the answer is no. The card is good—don’t get me wrong—but it’s still not super easy to get out and the Archie’s issue was never “lack of access” to a powerful attacker. Wishiwashi-GX, Articuno ROS 17, Volcanion p, Kingdra-GX, and Keldeo-EX are already an impressive arsenal for the deck. Magikarp & Wailord-GX hits some nice numbers with the 5-Energy cost, namely 180 to 1HKO most Basic EXs and GXs, and a Choice Band allows it do 210, the magic number to deal with Zoroark-GX. Before this card, the deck would need a 2nd Archie’s to set up Kingdra-GX, but now it has another option available to do that. With Zoroark-GX being the number 1 enemy of Expanded, more outs to 1HKO it are always good.

The deck doesn’t change or alter its structure much beyond adding Choice Bands over the Muscle Bands. Muscle Bands are great when combined with Articuno, but in a field expected to be dominated by Zoroark-GX, you want to have as many options to 1HKO it as possible. This is where I’m at with the list as of today, and even though it’s not my top choice for Dallas, I do think it’s a strong contender still:

Other than the Magikarp & Wailord-GX card, there’s nothing new that changed since Anaheim. A new engine for the deck is unnecessary and how it performs depends mostly on your initial 7-card combination. The deck itself achieves around 70% turn 1 Archie’s, which is a pretty neat feat, but there’s no guarantee you will win if you pull it off.

As far as matchups, Zoroark-GX/Garbodor is of course a little bit boosted by the humongous HP of Magikarp & Wailord-GX. However, Garbotoxin plus N in the late game is still pretty difficult to recover from for this deck. Another issue is Trashalanche can trade pretty effectively with all of our attackers, and given the need of turn 1 Archie’s for this deck to function, it’s usually very, very difficult to limit the amount of Item cards in your discard pile throughout the game.

Rayquaza-GX can be another tough matchup, but Magikarp & Wailord-GX actually makes a difference here. Both decks have explosive turn 1’s, and the games usually come down to who ends up taking the first 2 Prizes and is able to keep up that momentum into the late game. Magikarp & Wailord-GX requires 10 Energy on the field for Rayquaza-GX to 1HKO, which is not easy to do. 6–7 for regular GXs is very manageable, but 10 when they’re running 14 is actually a big strain on their resources. This means if Magikarp & Wailord-GX is able to get 2 Prizes on a Rayquaza-GX, not only is it difficult to respond effectively, but then it might get another 2 Prizes off of a Guzma, and thus you’re trading 4 of their Prizes for your 3. With the trades favoring you, Magikarp & Wailord-GX I think makes this matchup slightly favorable (rather than even).

Lucario-GX has been gaining popularity since its success at Dallas and with good reason. Focus Sash makes this matchup decently hard due to the possibility to Acerola after it or possibly get a 1HKO with the damage on Lucario-GX even on a Magikarp & Wailord-GX. The lack of damage modifiers in the original list made it difficult to find 1HKOs on clean EXs or GXs, but it also wasn’t exactly easy to pull off 210 clean damage by the deck until this new promo was released. With that, I do think the matchup will be slightly better.

Against ZoroToad, the game will usually boil down to which threat you were able to get online in the early game and/or how quickly your opponent stabilized. Their main goal will be to trap something in the Active with a Silent Lab in play so Keldeo-EX doesn’t offer an easy retreat option. However, Magikarp & Wailord-GX offers a way to pressure and get more solid Guzma KOs earlier on, which is what you need to beat the deck. Aggression is your best friend here, and thus you need to set up Magikarp & Wailord and get 1HKOing ASAP.

Finally, against the Zoroark-GX / Red Card / Delinquent deck, the variance of how often they pull of the combo turn 1, plus who goes first makes the matchup impossible to predict. If you stabilize, usually you have enough firepower to close out games, but sometimes you simply lose off of a bad draw from the combo. So my best advice here would be to win the coin flip to go first, I guess?

Overall the deck definitely gets strong with Magikarp & Wailord-GX, but Vespiquen taking 2nd place at Anaheim means Vespiquen will likely see play, and thus, if trading 2 for 1 against non-GX decks was bad, trading 3 for 1 is atrocious. That matchup is almost unwinnable unless you get some good Articuno flips early on, but even then it’s still a very steep run uphill against them.

This brings me to the other deck that I’m contemplating, Lucario-GX. It’s hard to argue against Fighting-type Pokémon in a Zoroark-GX-dominated metagame. The fact that it can 1HKO a Zoroark with a single Energy is a pretty big deal, and the heavier Guzma count, along with the extra Riolu from the original list, should help in achieving this. Here is my most updated Lucario-GX list as of today:

Early pressure from Buzzwole-GX, combined with the 1HKO potential of Lucario-GX is usually enough to close out games against any Zoroark variant you may go up against. The shared Weakness from both attackers is usually not a big deal as Psychic is not a prominent type in Expanded outside of Trashalanche, but having Landorus-EX wouldn’t be making a big difference anyway. With the possibility of Vespiquen’s success making it more likely for decks to include Oricorio and Karen once again, I believe Night March won’t make a big appearance at all.

I’ve debated quite a bit the change from Muscle Band to Choice Band, but I lost so many games in testing where my Lucario was hitting for 160 damage and coming up short of 1HKOs on Keldeos and Tapu Leles that I made the call to go completely Choice Bands and it’s been working out pretty nicely.

The loss of the 3rd Focus Sash definitely hurts against the Rayquaza matchup, but it’s hard for them to produce a Field Blower consistently at the right time, and you can effectively search for the Focus Sash with Korrina. I genuinely think 2 is enough, and even though 3 would be ideal, the deck is incredibly tight in space.

Other cards I considered adding were 1–2 copies of DCEs purely to be able to use the GX attack out of nowhere against ZoroToad, where they expect to have you under control with an Energy-less Lucario in the Active slowly being chipped away by Quaking Punch. In the end it proved to be too gimmicky and unreliable, and a 4th raw Guzma would probably be better overall to keep chasing Zoroark’s under Item lock.

Finally, one of my other options is Zoroark-GX/Garbodor. Although the deck has a huge target on its back, it’s still incredibly powerful and has all the tools to deal with anything in the metagame. 1HKO potential, Ability lock, soft Item lock/Item punish—what else could you want? This is what my current list looks like:

I considered going the Delinquent / Red Card route with this deck, but the requirement of the Stadium was being too harsh in the late game when I was trying to string 1HKOs and still be disruptive.

The big standout card here is the Pokémon Ranger I believe, which was rarely seen over at Anaheim. A quick search over at LimitlessTCG reveals only four of the Day 2 decks included it, and thus it’s no surprise they faltered to the stronger ZoroToad control decks. This was the most popular deck in Day 2 for a reason, as the combination of two of the strongest Pokémon in the game proves to form a very powerful deck. Pokémon Ranger has proven to be quite a game changer in the ZoroToad matchup, purely because it allows flexibility in stretching for a 1HKO against a Seismitoad-EX through the use of Field Blower, and also offers reactivation of Garbotoxin to have both players under Ability lock, but it ultimately is your decision as to when that happens. The reusability with VS Seeker just makes the card even stronger against ZoroToad, as their whole strategy relies on Item locking and denying a lot of resources that way.

There’s nothing in Expanded right now that is heavily played, can withstand consistent 210 hits, and has enough recovery under Ability lock. The deck won Worlds last year, and it makes sense that its popularity and power is being reflected now in an Expanded format dominated by Abilities which has only Garbotoxin as a reliable check for them (i.e., Abilities).

Predictions / On the Radar

What will happen at Dallas? I genuinely have no idea, but I fully expect the metagame to be a bit more centralized toward Zoroark-GX counters such as Lucario-GX and Rayquaza-GX, along with Zoroark-GX/Garbodor showing up in very big numbers too.

I hope you enjoyed reading the article and that you enjoyed your time during the holidays! I’m really looking forward to kick things back into gear in 2019 at Dallas and beyond! Now that we have quite a few SPEs scheduled in Central America, I’m probably going to try and make it to Costa Rica! As always, feel free to direct any questions or comments here or on any of my Tablemon social media outlets. Happy New Year! 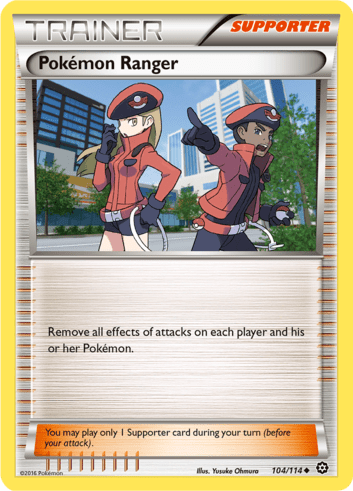