Hello 6P! We are on the final stretch for the first of two back-to-back Expanded Regionals (Toronto and Greensboro). I’ll only be attending Toronto, and mostly because I previously committed. I don’t know why, but Expanded doesn’t appeal to me as much as Standard, but of course I keep up with it to make sure I’m up to date with all the musings in both formats for the people that I coach.

With that in mind, as soon as I came back from Collinsville, I’ve been in Expanded mode, and so far I’ve made a few conclusions, the first one being the most glaringly obvious one:

My fellow writers have already mentioned the power of Pikachu in their articles this week, so I won’t repeat that. However, it’s not a coincidence that Alex and Chris mentioned it, and note that PikaRom will be heavily played, in a wide variety of ways, but the common denominator will be people trying their best to hit as many Max Elixirs as early as possible on their Pikachu & Zekrom-GXs so that they can Full Blitz away.

That’s not to say Zoroark-GX will be immediately dethroned, and I expect a lot of people to default back to it as a safe pick, splashed with Fighting-type attackers (such as Lucario-GX or Lycanroc-GX) to cover that awful matchup. Without any Fighting-type attackers, the deck will never be able to 1HKO a Pikachu & Zekrom-GX with Riotous Beating unless it’s running something like PlusPowers, and even then, you need 3 out of 4 PlusPower in hand, plus Sky Field, full Bench, and Choice Band. As surprising as it seems, Zoroark-GX has finally met its match in Expanded.

Having said that, today I want to talk about two under-the-radar options for this weekend: Latias & Latios-GX/Malamar and Buzzwole/Garbodor.

I believe in the potential of Latias & Latios-GX in Expanded for a few reasons (and it might even have some merit in Standard too in the near future):

On top of that, we also have the possibility of Max Elixir so that we don’t even need Malamar or we don’t have to rely on it too much.

Malamar decks have historically not done well in Expanded due to many factors, but the two most important ones are Garbotoxin and Parallel City. However, both are countered by Field Blower and the fact that Latias & Latios-GX can be powered up by Double Dragon Energy and Max Elixir.

Below is my current list, which has been testing pretty decently so far:

4-4 Malamar FLI, 1 Shaymin-EX ROS, 1 Tapu Lele-GX
As you would expect from a Malamar deck: the 4-4 line and supporting cast. I opt to use Shaymin-EX for that extra push after you have already used a Supporter for the turn, in order to dig for a particular card.

Photon Geyser has no damage cap and the Double Dragon Energy acts as Metal, so Ultra Necrozma-GX is in there to try and hit the right damage vs. Archie’s Blastoise decks and their 300-HP Magikarp & Wailord-GX.

And, coincidentally, 240 + 6 damage counters (from Sky-Scorching Light) equals the 300 damage we need to KO a Magikarp & Wailord-GX. It’s a very fringe situation, but relevant nonetheless.

1 Giratina LOT
Distortion Door is a really good Ability and there isn’t a better non-GX attacker for the deck.

No VS Seeker
I opted not to use VS Seeker to have less weakness to Trashlanche and potential Item lock decks.

8 Psychic, 4 Double Dragon, 1 Water
A healthy amount of Psychics for discarding, attaching, and hitting Max Elixirs. Maximum Double Dragon Energy to hit them when necessary. The basic Water is searchable by Viridian Forest and also much harder to remove than DDE.

On paper the deck looks incredibly strong, based on the numbers it can hit and the 250 HP of Latias & Latios-GX. However, getting to the point of overwhelming an opponent can be a difficult. They will apply pressure and try to limit the Malamars you have in play. Nevertheless, here are how matchups with this deck usually play out.

Zoroark & Friends: Favorable
Both in Standard and Expanded, Malamar is in the best position in this matchup that it has ever been. With the threat of Pikachu & Zekrom-GX looming around, Zoroark will have to resort to playing Fighting-type partners in order to keep up. Their preferred Stadium of choice is also Sky Field (and not Parallel City), so Malamar doesn’t have to worry about its Bench being restricted.

The combination of 1HKO potential from Buster Purge plus the unreachable 250 HP means a single Latias & Latios-GX will probably end up taking 4 Prizes vs. the 3 they do once they KO it. There is currently no tech Zoroark-GX could run to deal with this threat, and with Pikachu & Zekrom-GX expected to be incredibly popular, I wouldn’t be inclined to consider any adjustments against this under-the-radar deck either.

Unfortunately (and as crazy as it sounds), 240 damage is not enough to deal with Magikarp & Wailord-GX. They also can’t 1HKO Latias & Latios-GX, but Towering Splash-GX is a big threat as it can potentially sweep 2–4 Prizes on the Bench between Malamar, Inkay, and Shaymin-EX.

The 1 Ultra Necrozma-GX is key here to try and 1HKO Magikarp & Wailord-GX before they can Towering Splash, but the main strategy is to deny the Blastoise before things get out of control.

Mr. Mime BKT could be considered as a tech against this deck, but Bench space can be an issue.

However, if you do manage to stabilize, Buster Purge does exactly enough damage to 1HKO and thus the game could be over in back-to-back turns. Going first matters so much in this matchup and that is why I deem it “even.”

Rayquaza-GX: Favorable
Rayquaza-GX can get explosive starts, but reaching 9 Energy in play can be complicated if each Buster Purge eliminates 3 Energy at a time. At some point they will flounder in their efforts to get a 1HKO, and that is where the Prize tradeoff ends up being favorable for you.

Buzzwole/Garbodor: Unfavorable
It’s hard to limit Items, and your best attacker is Giratina. If you manage to set up without benching any GXs, the matchup is great, but we do play a number of GXs and Giratina could be prized, too.

Overall the deck applies a lot of pressure and unless we have a perfect setup, it’s hard to keep up with their pressure.

Vespiquen: Unfavorable
I definitely don’t think this deck will show up in big numbers at Toronto, but including a single Oricorio GRI 56 could help in shoring up this matchup. It combos rather nicely with Giratina’s Distortion Door and the low HP of their attackers.

There are a myriad of other decks viable in Expanded, but those should be the top ones to consider.

My second under-the-radar deck is Buzzwole/Garbodor. I’ve been toying with the idea of using this deck with the Jirachi engine. The deck can be incredibly powerful and a great anti-meta option, but it can get awkward draws. Trying to stream attackers while setting up Octillery BKT can be difficult, which is why Jirachi I think is the ideal addition as it requires no setup and the deck already benefits from playing switching cards.

This is my current list, and one of the options I’m considering for Toronto:

We have eight great starters in Jirachi and Buzzwole, and four not-so-great in Trubbish and Diancie p. We want to be as aggressive as possible early on, and the lack of Float Stone sometimes hurt, but we do have Switches.

As I mentioned, you could replace Jirachi with Octillery, but playing Jirachi is the whole point of this version.

The Trainers seem to be all over the place, but in reality it’s a bunch of consistency (9 draw Supporters + Teammates), a bunch of Switching cards, a lot of recovery and a lot of damage modifiers.

I’m experimenting with Lillie over Professor Sycamore, mainly because discarding Garbodor pieces or Energy is very detrimental. Of course, outside of Turn 1, Lillie is inferior most of the time, so I think I’d be willing to experiment with a 3 Lillie/2 Professor Sycamore line. There’s room to play around with the different options though, for sure.

1 Field Blower
Field Blower is overall good and can add to Trashlanche.

4 Rainbow, 4 Strong, 1 Beast p
Once again, very straightforward: 4 Trashalanche Energy and 9 Sledgehammer Energy. I definitely wouldn’t mind 1 P Energy in there to have that extra option for Trashalanche, though.

Zoroark & Friends: Favorable
As long as you start with either Jirachi or Buzzwole and have a good flow of the game, this matchup should be favored for you. Turn 1 KOs are easy to get and Sledgehammer can be very difficult for Zoroark-GX to deal with. Non-Garbodor versions of Zoroark should be even easier for you to beat as they might not have a non-GX to trade against you.

Archie’s Blastoise: Favorable
Towering Splash-GX is a scary threat if Volcanion p used Sauna Blast beforehand and spread 20 damage to your Pokémon. If that’s not the case, however, all your relevant Pokémon have over 100 HP, and your opponent will go crazy with Items (otherwise their deck doesn’t work), so Trashlanche does way too much damage for them to keep up.

Buzzwole is the biggest threat here because of the early pressure it applies. The Enhanced Hammer is specific for this matchup. After you remove Flash Energy you become extremely cost-effective against their Pikachu & Zekrom-GX. These decks are deemed Turbo as well, and in the process of trying to hit Turn 1 Full Blitz they will also go through a lot of Item cards, making Trashalanche another potent threat.

Rayquaza-GX: Favorable
Basically the same as the PikaRom matchup, except instead of Weakness advantage, their own Stormy Winds Ability will work against them. The random discards will inevitably hit Items, and the trades for Trashalanche are too good.

Vespiquen: Unfavorable
Once again, I’m assuming this deck will not show up in big numbers at Toronto, but I would be happy to include an Oricorio GRI 56 to try and make the matchup better.

Toronto seems like it will be on the lower side of attendance, so it will be a a change of pace from Collinsville, the biggest Regional so far. Team Up has been treating me nicely so far, so I’m hoping to bring this momentum forward and have a solid finish in Toronto, with my sights firmly set on the Day 2 Worlds Invite and NAIC Travel Award. Thanks so much for reading and feel free to reach me here or on my Tablemon social media with any questions! 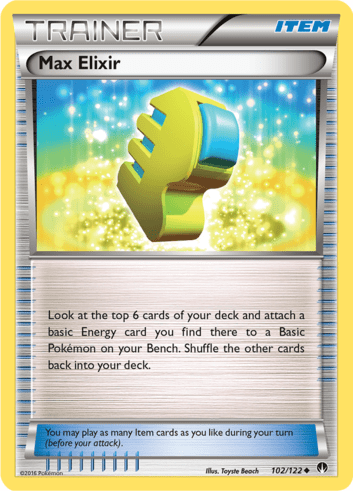