Hey 6P readers! My name is Jon Eng and I’d like to welcome you to my first article on the site. I’m a player from Maryland and I’ve been playing competitively for the past 8 years. This is my second season as a Master and I am currently 12th in North America looking good to get a T16 NA stipend and Day 2 invite to Worlds. Today I will be going over what I believe to be the best play heading into the upcoming Hartford Regional Championships—Hitmonchan!—discussing its matchups in depth and much more. With that being said, let’s get right into it!

The first Expanded Regionals to include Team Up was in Toronto way back in early March. There we saw Jimmy Pendarvis’s Night March march its way through a Day 2 field of multiple Trevenant BREAK decks. I personally played Hitmonchan/Wobbuffet and managed to get Top 16. The next weekend we were in Greensboro where we saw Andrew Martin take down the event with Drampa-GX/Garbodor, a rather different yet clearly powerful choice. I once again played Hitmonchan/Wobbuffet and found myself in 20th place for Top 32. Finally, only but a little more than a week ago we were in Daytona Beach where we saw Caleb Gedemer win with his Seismitoad-EX/Zoroark-GX/Lasers deck, continuing the trend of decks that not everyone had on their radar taking the event down. I, to no surprise, played Hitmonchan/Wobbuffet again and managed to get Top 32.

As said before, the thing to note about the past three Expanded Regionals is that they were all won by decks that most people weren’t expecting to show up, or, at the very least, decks that weren’t expected to win the events.

This goes to show that the large card pool in Expanded offers creativity for players to bring back decks from the past or improve upon existing ones to come out of nowhere and do well.

When deciding on your deck for an event, however, it’s important to cover as many bases as possible and know what decks to expect going in. Here are what I think will be the most played decks going into Hartford, in order of popularity:

You may be surprised by the lack of Seismitoad-EX/Zoroark-GX on the list, but I actually don’t think many people outside of the DDG group will play it. This has shown to hold true for most of the decks they’ve played and seen success with throughout this season.

My Top Play for Hartford (Hitmonchan)

Coming off of a major Standard event such as EUIC, it can be really hard to make the switch back to Expanded so soon. I managed to get Top 64 over the pond in Berlin, which helped me maintain my Top 16 NA spot and secured me the $1,000 travel stipend for NAIC. Anyway, I’m a big fan of the Expanded format, so although I do feel rather drained from the past few weekends, I am happy to be playing Expanded once again.

As said before, I have played Hitmonchan/Wobbuffet at the past three Expanded events I have attended with good results, and I still think the deck is quite good moving forward. I at first thought I would be scrapping it after my Day 2 performances with the deck had gone south, but looking at how the meta is, I’ve decided that it is still positioned well. It boasts great matchups against PikaRom, ZoroGarb, and ArchieStoise, and with the right techs can handle the Seismitoad-EX-based decks. Cards like Pokémon Ranger and making the deck less Item-reliant seem like the best ways to deal with the Toad.

With that being said, here’s the Hitmonchan/Wobbuffet list I am on currently:

This list is very similar to my Greensboro list, which was my favorite list of the three I played. I added in some techs I played in Daytona Beach to make the perfect hybrid of the two. I immediately got rid of the 2-1 Pyroar FLF line I played in Daytona because it was a detriment quite literally all event. I kept things like Kecleon PLF and Escape Rope because I used them extremely often. Now let’s look at the deck’s matchups in depth:

This deck for the most part slaughters PikaRom due to efficient trades and their deck being almost entirely weak to our main attacker. Their list likely contains Flash Energy in order to eliminate Weakness, but it is rather easy for us to handle that because we have Enhanced Hammer and Kartana-GX.

The next thing they can do against us is attack with Jolteon-EX if they play it, which does actually shut down pretty much our entire deck. However, Jolteon is exploitable by doing either of these two things:

This is your best matchup and you should always be delighted when your opponent flips over a PikaRom-GX.

Another favorable matchup for the deck. This one is a little harder than PikaRom in that they can use Garbotoxin to shut off your Abilities and can late-game N you into a rough hand. This doesn’t normally happen if you can thin properly or get a very very aggressive start. The matchup is dependent on if they are able to use Trashalanche enough to run us over as well. Hitmonchan doesn’t deal well with Trashalanche, so your alternatives are either:

Between these three options, I’ve found the matchup to be pretty favorable and the games I’ve lost to ZoroGarb were usually ones I got rather unlucky in.

This is the closest matchup for the deck in my opinion. I’ve yet to lose to it in a tournament setting, but it is very easy for things to go wrong and for you to lose. In fact, in all the games of it that I’ve won, I’m almost certain that the Archie’s player has had no more than 2 Prizes remaining. The way the matchup usually goes is that you should have Wobbuffet in the Active Spot to slow them down, making their Blastoise useless. They can get around Wobbuffet by playing Guzma and Silent Lab, but this is fine; they are expected to take Prizes early with Volcanion p and other smaller attackers.

After they play their one Silent Lab it should be easy to counter it with Shrine of Punishment, thus making your Wobbuffets just as effective as before. At some point you’ll KO the Volcanion p and they’ll likely be forced to attack with a GX, which is what we want because at that point we’ll begin to trade efficiently.

The Shaymin SLG and Counter Energy are huge when your opponent finds it appropriate to use Magikarp & Wailord-GX. As said before, you go down on Prizes early, so if they decide to use Wailord in the mid–late game, you can cause a huge tempo shift by pulling off the KO.

After the Wailord goes down, you are for the most part in the clear. It is important to do things such as not playing into their GX attack and making sure to check how many VS Seeker, Guzma, and Tate & Liza they have left, as winning by Guzma-ing a Blastoise and decking them out is a legitimate strategy. Also, if they start Eevee & Snorlax-GX, you’ve won the game, congratulations.

There actually is quite a bit of skill that goes into this matchup, so the true 50/50 of mirror can change based on how you play the matchup and the techs you decide to play. Without a doubt, the most important card in the matchup is Hitmonlee. Being able to 1-shot a Hitmonchan while being hard to be KO’d back is huge. I’m certain all lists will play it, so you won’t necessarily have an advantage over your opponent by simply having it, but it is your way to win the matchup.

A tech you could play for mirror is Bench Barrier Mr. Mime, which would negate the Bench damage Hitmonlee would do. It also has a few other niche benefits such as against Magikarp & Wailord-GX and Pikachu & Zekrom-GX, although you likely won’t need it versus the latter.

Another tech you can play is Goomy FLI 91. It makes it so your opponent’s Pokémon’s attacks cost C more. Hitmonchan functions around one-Energy-cost attackers, and playing Goomy could help you gain the edge.

Assuming you both have the same techs going in, you have to hope your opponent starts Kartana-GX or that you take the first Prize card.

This matchup is quite literally unwinnable as long as they have any kind of setup. You are unable to realistically KO anywhere near enough Trevenants to win the game before they wipe out your entire board. If you expect a lot of Trevenant, don’t play Hitmonchan.

Now I’m going to roughly go over some of the fringe decks that you likely won’t play against. It’s still important to be familiar with all of your matchups, just know these ones aren’t as important.

To start, if you are truly scared of this matchup, you can play Victini LOT and the matchup would be literally free. However, in the likely scenario you don’t play Victini, the matchup is slightly unfavorable. The way to go about it is to pressure them while promoting Wobbuffet to disable their Shaymins, thus making them heal less each turn. Once you get to the Sledgehammer turn, you should try to use either (A) Enhanced Hammer and then N in hopes of them whiffing DCE or (B) Kartana-GX and then N for the same reason. If they whiff DCE and significant healing you can 2-shot the Venusaur, and from there it’s just picking off Shaymins until you win. Doing this twice in a Bo3 is hard, however.

My experience in playing this matchup is getting beaten by Caleb twice in Daytona. Both times went to Game 3, but I felt as if I was losing the entire match. My hope is that Pokémon Ranger is just enough to give us a chance. Wobbuffet actually does quite a toll on their deck as they aren’t able to use Trade. If you can be aggressive early and flip favorably on Lasers, the matchup is actually not the end of the world. I’d rather not play this matchup, but if I hit it I know not all hope is lost.

You lose unless they draw horrendously; there’s not much else to it.

You trade efficiently against them and they can’t do much. If you miss a beat it can be rough, but with the consistency of the list I have above, this shouldn’t be much of an issue.

Alright guys, I’m going to leave it here. Hitmonchan is positioned well in Expanded right now and it is my number 1 pick for Hartford. I like it because of how simple it is to play and how it takes, in my opinion, good matchups to the top three decks. I don’t see the deck winning a major tournament anytime soon, however, due to you likely running into bad matchups at points, but I am always confident I can at least Day 2 any given Regionals with the deck. I guess we’ll see how that goes in Hartford.

Until then, thanks for reading, and I’m gonna take a nap because this past week in Berlin has been exhausting. 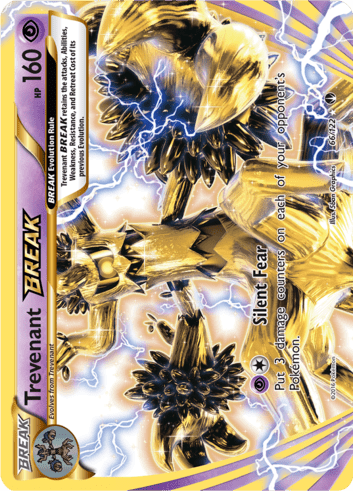