Hey everyone! At the time of my writing this, the Santa Clara Regional Championships has been wrapped up for a few hours. I want to dedicate this article to analyzing the results of the first major SUM–UNB Standard format tournament in North America. As soon as the full set list was announced, it was clear that Unbroken Bonds was going to have an impact on Standard. This weekend, we finally got to find out just how big of an impact that would be!

My plan is to focus on two of the major happenings from this weekend, while making sure to cover everything I feel is important in some manner. The first event where a new set is legal is always chock-full of things to talk about, so I apologize if I don’t get to them all.

Special thanks to @PokéStats_TCG and @JeremyJallen for their excellent coverage of Santa Clara throughout the weekend.

To start things off, let’s take a look at the Top 8 after the Swiss rounds (along with final placement in parentheses):

There’s a ton to break down here, so let’s get right to it. First, I would like to focus on what wasn’t present in the Top 8…

No Zoroark in Top 8

Zero Zoroark-GX decks in the Top 8 is quite the rare occurrence. We don’t have a full metagame breakdown (yet), but I’m hearing rumors that Phinn Lynch may have been the only Zoroark player in Day 2. Some predicted that Zoroark decks would struggle against a TAG TEAM– and Stall-heavy field, and it appears they were right. I’d be interested in knowing how many Zoroark decks were in Day 1, as the story is a lot different if a bunch of people who were on Zoroark got destroyed and didn’t make Day 2, as opposed to if few players came equipped with the deck in the first place. Still, there’s no getting around that Zoroark had little impact—at least in this quadrant of the globe.

It’s important to note that Zoroark performed well in São Paulo, which Regionals also took place this weekend. Three Zoroark made Top 8 there, and plenty of others comprised the field from my understanding. Despite the differences in metagames between the two tournaments, São Paulo was also taken down by ReshiZard, in the hands of our own Pablo Meza no less.

What does this tell us about Zoroark’s viability in the SUM–UNB format? Not all that much, in my opinion. What you should take away from this weekend is that the format is still in its infancy and the metagame is bound to evolve. It’s clear that Zoroark is still a contender, but until we have a more stable idea of the meta, we can’t be certain how effective Trade and Riotous Beating will be.

If I were to play Zoroark in an event over the next few weeks, I’d want to come equipped with Lycanroc-GX. There are a lot of ways you can go with a deck like this, as the tech options available to Zoroark are nearly endless, but I would start with something like this:

There’s a lot going on in this deck, as I’ve basically taken the existing Zoroark variants and added a 2-2 Lycanroc-GX GRI into the mix. I believe Lycanroc is crucial for shoring up your PikaRom matchup, and I wouldn’t leave home without it. The only question is whether we want to include all of our other techs, or if we would rather play a more traditional Zoroark/Lycanroc variant. The reason I’ve chosen to do former is because I believe in order for Zoroark to succeed, it’s important that we lean into what makes Zoroark so powerful. The ability to play so many different techs is an advantage unique to Zoroark.

In an ideal world where everyone decided to stop playing PikaRom, I would be happy to cut the Lycanroc and rely more on Persian-GX and our tech suite to get the job done, but I believe something like this is a fair middle ground.

ReshiZard Wins, Lives Up to the Hype

Reshiram & Charizard-GX certainly made its presence known. Clinching the 1st seed going into the elimination rounds and winning the event outright are signs that this TAG TEAM is legit. There wasn’t really any question whether it would make an impact, but I think it’s fair to say the deck exceeded the expectations of everyone but the most heated Fire-type loyalists.

Only a few decklists from the event have been released, but one of the major stories all weekend was the difference in tech choices between all of the different ReshiZard lists. This story would continue on into the finals, where Alex Schemanske took his more traditional, Jirachi-based version of the deck with 1-1 Arcanine UNB against Kian Amini’s variant which included a full playset of Green’s Exploration. I imagine Alex will have something to say about his runner-up performance in his article next week, so for today let’s focus on what Kian brought to the table.

Before we dive into exactly what’s going on in this list, I feel the need to give a big shout-out to Kian for taking down the tournament. I’ve known Kian for a very long time and have always known him to be an excellent player. It’s no surprise to me that he’s finally gotten his fourth win at the Regionals level, and I imagine there will be more to come.

Moving onto the cards, Kian’s list is pretty different from those that have been floating around the internet over the last few weeks. It’s much more streamlined, with only 7 total Pokémon. Although all ReshiZard variants are looking to make big attacks with the namesake card, each variant has different ways of getting there. Let’s take a look at some of the more important choices in Kian’s list.

From the get-go, most of us working on ReshiZard lists understood the need for a secondary, single-Prize attacker to supplement our TAG TEAM. Volcanion was one of many possible choices, and Kian chose to bring a full 4 copies to Santa Clara. I believe that Volcanion is a powerful option because of the flexibility it provides.

Flare Starter is basically a mini-Kiawe that doesn’t take up your Supporter slot for the turn. Volcanion is the Pokémon you’re most likely to start with, and with this build of the deck it allows you to play a Green’s Exploration to set up for future turns while still accelerating, with a huge bonus of you happen to be going second.

On the other side of the coin, Volcanion also boasts a two-Energy attack that is going to be doing 110 damage most of the time. While it may not hit for the crazy amounts of damage that something like Blacephalon UNB can provide, Volcanion is a more consistent attacker.

It might not be the correct choice for every version of the deck, but if Kian’s proves to be the superior variant as the format evolves, I’d expect to see a lot more Volcanion in all of our futures.

Beyond everything else, this is the card that separates Kian’s list from most others. Green’s Exploration is an extremely powerful card, but it asks a lot of you. In order to rely on Green’s Exploration to the point of running 4 of them, you need to rid your deck entirely of Pokémon with Abilities, which is a lot to ask when Tapu Lele-GX, Dedenne-GX, and Marshadow SLG are legal to play with.

In exchange for your sacrifice, Green’s Exploration grants you the ability to search your deck for any 2 Trainer cards. This is a powerful effect, especially in a deck that needs 1 or 2 specific cards on each of its turns. I haven’t had the pleasure of mapping out my ReshiZard turns with Green’s Exploration, but I’d be surprised if it didn’t feel pretty darn close to cheating.

The more that I study Kian’s list and look at the results from Santa Clara, the more convinced I am that Kian (and Cameron Shenoy, the designer of the deck) broke it. A card like Reshiram & Charizard-GX wants you to be as streamlined as possible. The card itself is so powerful in so many different ways that you shouldn’t need much else to succeed. Kian put that idea to the test this weekend, and was rewarded handsomely for it.

As a person that hates the idea of this card more than I hate most things in Pokémon and beyond, I’m excited to see it used in a somewhat fair way here. Lt. Surge’s Strategy opens the door for filthy sequences, such as using Acerola to return a damaged Pokémon to your hand, and then Welder to power it right back up again. I would imagine that using Guzma to reset Flare Strike and Judge to rid your opponent of their hand is also quite good. One copy is probably all that you can afford to play, but it seems to fit right in with what you’re trying to do.

This was Kian’s way of getting around Vileplume BUS. ReshiZard is inherently weak to that sort of Stall strategy. Without the room for Evolutions, Stealthy Hood is basically all you’ve got. The card itself is a fine option, but I wonder if a single copy is enough to combat these sort of decks, or if we’ll need to be packing multiples going forward.

With the performance it put on this weekend, I feel comfortable calling ReshiZard the best deck in the format. That being said, we saw a lot of different decks this weekend and we’re still early into the format. Players will adjust and things are always in flux, but I would be shocked if the Fire-type duo wasn’t a strong contender going into Madison and beyond.

Other Takeaways / Lightning Round

The “death” of Zoroark and birth of ReshiZard are the two major takeaways from Santa Clara. However, there’s a lot more to talk about, and I’d like to do so now in shorter form. Consider this something of a quick hits section, or a lightning round, if you will.

Despite Reshiram & Charizard-GX’s success being predictable, I’m glad that Unbroken Bonds shook up the format, and I’m happy that there are so many questions waiting to be answered heading into Madison Regionals and North America Internationals. If I were planning to compete in either of those events, I’d be very excited to fire up PTCGO and delve into the format. As it stands, I’m thankful to get to write about your discoveries.

Thanks for reading. See you soon. 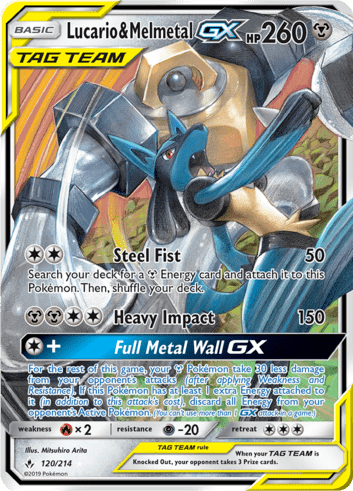