How’s it going guys, Jon here with another piece for you all. Since my last article, I have been buckling down on testing and familiarizing myself with the new format, and today I am here to give you an image of what is going on in my head in regard to what to play for Worlds, which is less than a week away!

If you remember my last article, it covered both PikaRom and Green’s ReshiZard, two decks that saw success before the rotation and I believed would be successful after the rotation. I also gave an idea dump of concepts that I hadn’t yet explored or thought could be cool. This next part of the article is going to be me giving updates on those ideas. With that being said, let’s go!

With that out of the way, I am now going to go super in-depth on my number one play going into Worlds: ReshiZard! In fact, it is one of the only decks that hasn’t let me down in testing. I’d go as far to say that it is the uncontested BDIF. Now, it wouldn’t be fair for me to call a deck the BDIF and not explain why I don’t think other decks fit that title, so before I flood your brain with ReshiZard, I’ll go into why I’m not the biggest fan of most other decks.

While still strong, losing cards like Ultra Ball and Nest Ball has done a toll on PikaRom. It doesn’t run as smoothly as it used to. In testing, it hasn’t proved favorable versus ReshiZard and has been going about even with Malamar, which are two decks I expect to see a lot of. This deck was the most surprising to figure out in my testing.

I know I’ve talked a lot of trash about Malamar, and now I get to go into why. To start, there are two ways you can take the deck. The first is going streamlined and just playing Psychic-type attackers, mainly 1-Prizers, and the other is to play it with either Ultra Necrozma-GX or Garchomp & Giratina-GX.

The streamlined version, in my opinion, is better because it is more consistent. I’d even say it is one of the most consistent decks in the format, but its ceiling on cool things it can do is low. It does the same thing every turn, and most decks can deal with it.

The version including other attackers, although less consistent, can do more than the streamlined version. It has options that allow it to have a shot against the big guys. Of the attackers you can play, Garchomp & Giratina-GX is probably the best. GG End-GX is scary, and if people don’t play around it, you can steal games. However, as I said before, this version is less consistent, and I won’t be the one to high roll with it.

This deck I actually think is extremely strong and it is still on my radar. Despite my distaste for Malamar, I do think that it will be one of the most played decks, and our friend the clown doesn’t have the best matchup against it. That’s the main reason why I can’t commit to Blacephalon.

I went over the issues Dark Box has earlier, but to recap, you are heavily reliant on getting what you need out turn 1, and if that doesn’t happen there isn’t much you can do as you’ll be far behind. You also have a naturally bad matchup to ReshiZard, which is another deck I expect to make a big showing. When this deck sets up it is extremely strong and hard to deal with, but I can’t look past its inconsistencies.

This deck has a lot of tools and options, but it falls hard to Power Plant. I think that too many decks can utilize the card to let me comfortably play this.

Now for the deep dive on ReshiZard, my favorite pick for Worlds.

This is the list that I have been testing to amazing results recently. If you check out my most recent article, you’ll see me go into card explanations for ReshiZard, so I won’t bore you with the same info here. I love how the deck has a high skill ceiling and allows you to do multiple different things in matchups. It has answers to almost all of the other decks you should be worried about, and it is extremely consistent. Now, let’s look at this bad boy’s matchups.

This is one of the most polarizing matchups in regard to how people feel about it. I’ve heard opinions both ways, but I feel as if ReshiZard is slightly favored. There are multiple reasons as to why I believe this.

Between all of that, and you forcing them to take 8 Prizes by making them KO 2 Volcanions and 2 ReshiZards, you can see how this matchup is favored. Don’t get me wrong though; things can go south as PikaRom is strong.

This matchup is one that you should practice a lot if you plan on bringing ReshiZard to any upcoming events. You have to know how to navigate the game from beginning to end. Since the streamlined version of Malamar is more predictable, the matchup is easier to learn. You still want to feed them 8 Prizes. You have a plethora of healing options which make your big guys hard to take down, and they don’t play gust effects, so hiding behind a Volcanion to get set up is usually safe. Some lists play Gengar & Mimikyu-GX, which can cause problems, so be cautious of how many Trainers are in your hand at a given time. Past that, you should be good to go in this matchup.

This matchup is similar to the one above, but it’s slightly worse because they have the ability to 1-shot your ReshiZard with Ultra Necrozma-GX. With Choice Helmet, you can deal with this threat pretty well, and unlike Giratina, Ultra Necrozma gives up 2 Prizes, so them having the possibility of blowing up a ReshiZard isn’t the end of the world.

This matchup is more or less the same as Ultra Necrozma, but you have to acknowledge GG End-GX as a threat. In my testing I was able to navigate this pretty easily, but it took me a while to fully adapt to playing around GG End-GX. It was actually quite funny: I didn’t know what Garchomp & Giratina-GX did at first, so I was in disbelief when I initially saw its GX attack used against me.

To play around GG End-GX means to not slap everything onto one ReshiZard and go to town. You want to make sure that you can get another ReshiZard going after GG End-GX. Hiding behind a Volcanion to prepare for the 2nd ReshiZard is fine because they don’t play gust effects. Keep in mind that they won’t use GG End-GX if they aren’t getting value out of it, so you will have time to prepare.

This is the last of the Malamar variants I’ll be going over. You can usually tell by turn 2 or 3 what you should expect from a Mally player in regard to which version they are running and how you can deal with them accordingly.

There are ways Dark Box can be built to have a better shot against ReshiZard, and the main is to include a Mewtwo & Mew-GX + Dragonite-GX UNM package to have another way of 1-shotting a ReshiZard. If they don’t play it, I can’t see a realistic way for them to win against you, but let’s assume the worst and they do have it. Their game plan will be to get off Umbreon & Darkrai-GX’s Dark Moon-GX on a ReshiZard as early as possible. You won’t be able to play Trainers the following turn, so you need to have something of substance ready to go after they do that. You’ll probably get the first major knockout, usually via Double Blaze-GX to wipe out one of their TAG TEAMs, so all that’s left is to wipe out one more. Make sure to get your Choice Helmets down early as their Mewtwo & Mew-GX copying Sky Judgment won’t be able to 1-shot you anymore. Finally, Power Plant is great against this deck, and paired with cards like Reset Stamp, you’re looking good to win any time the opponent flips over a Dark-type Pokémon.

This matchup isn’t good because of their ability to 1-shot your main attacker with ease and, for that matter, faster than you can do the same. They just outspeed you every time. Of all of the matchups you could play against, this is the one you want to avoid. The worst part about it is that there isn’t much of a game plan for you here. Keep taking Prizes without them taking theirs, and hope that they whiff their Beast Rings. Luckily, I don’t expect much Blacephalon at Worlds, so I don’t think you’ll hit more than one, if any.

This matchup is simple as you are both TAG TEAM decks; however, you have access to the ever-so-powerful Power Plant to stop their usage of Mewtwo & Mew-GX. They often play Latios-GX UNM to negate TAG TEAMs, but Double Blaze-GX runs through it. Overall this matchup is pretty easy.

I’m still trying to figure out how to play mirror as there are so many ways to go about it, but allow me to lead off with if you want a tech for mirror, try Wait and See Hammer. With Green’s you can find it easily and disrupt your opponent more than you’d think. I’ve been having success by doing multiple things in this matchup. I’ve found baiting them to deal with 2 Volcanions and a ReshiZard (without using my healing cards), putting them at 1 Prize card, then using Reset Stamp and sweeping with the last ReshiZard to be most effective. Having all of those healing options left over, matched with them having little to nothing to work with after a Reset Stamp, sets up the ReshiZard to sweep quite well.

That’s all for now everyone. Green’s ReshiZard is my absolute favorite deck going into Worlds, and I suggest it to anyone playing in the Main Event or DC Open. If you have any questions make sure to ask them, and a big “good luck!” to all of you this upcoming weekend. 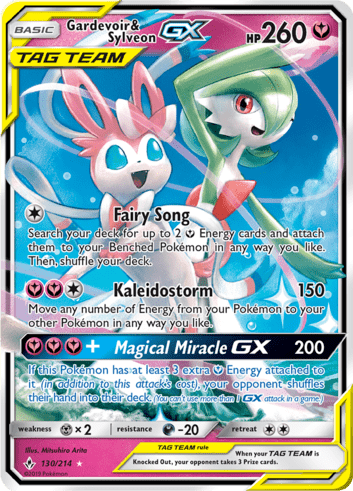