Hola 6P readers! I’m back again with another article and today I’ll be discussing updated lists for JoseZard and Mew Box. We saw the results from the Melbourne SPE and Sheffield Regionals recently which gave us more info on how decks should look moving forward. Usually, after a major event, decks tend to get tweaked. That is why you see uniqueness in some of the top lists. For example, Robin’s Top 8 AbilityZard from Sheffield played 4 Fire Crystal. Funnily enough, my Top 32 Worlds list also played 4 Fire Crystal, which I went over in my last article. Pablo discussed Robin’s list in-depth in his latest article, so feel free to check it out there. Pablo also goes over his own take on Mew Box with a Jirachi TEU engine, so be sure to check that out as well.

With that being said, let’s dive into the new JoseZard and what I used recently at a 50-man League Cup, which I unfortunately bubbled 9th with a 4-1-1 record. I started 4-0 then played down to a 3-0-1 the following round and lost to their Malamar, which is a tough matchup. I then took the ID in Round 6, only to miss top cut. I was shocked, but it is what it is, and the list ran well.

Even though I missed the cut, and I’d play the same 60 moving forward. My buddy Isaac Milaski played a 59-card copy of the list (the difference: 4th Cherish Ball over Tapu Fini UNM) last weekend and won a League Cup with it, so shout-out to him.

I finally caved and decided to try Victini p myself, and I have to say it’s a powerful card that every AbilityZard list should be playing moving forward. I didn’t play it in my Worlds list, but that’s because I was running only 12 R Energy. However, I’ve now included the best of both worlds. The list still plays 2 Fire Crystal and a hefty amount of R Energy. I think the 17/2 split is ideal at the moment.

Blacephalon UNB is another reason I kept 2 Fire Crystal because its attack can potentially take down any threat at a moment’s notice. The cool thing about Blacephalon UNB is that you can have 0 Energy in play and still potentially get that big KO. Not to mention, it’s another counter to Keldeo-GX and Tag Purge.

This is for Blacephalon-GX; however, I did use it once against Dark Box. I missed the turn 1 Welder onto my ReshiZard, so I attached to it and passed. Turn 2 I hit a Greninja & Zoroark-GX for 100 damage with Tapu Fini UNM because my opponent had a Poipole on the field. The next turn I used Flare Strike on the Greninja & Zoroark-GX for 230 and the KO. So Tapu Fini UNM actually helped there.

Gustavo’s Top 8 list from Sheffield Regionals had these included in it, though his list is yet to (and probably won’t ever) be made public. Quite frankly, it makes sense to add Mewtwo UNB, but only if you were to also play Super Scoop Up. That is exactly what Gustavo did. Being able to Mind Report Welder and then use an Acro Bike to retrieve it seems good in theory. Super Scoop Up allows you to reuse Mewtwo UNB and have a healing aspect if needed. I’m not a fan of Super Scoop Up in the deck, but I do think Gustavo is a very smart player and it’s no surprise to see him Top 8 with such a unique take on AbilityZard.

I’ve been seeing a lot more lists doing well with Volcanion UNB being splashed into them. If you go 2nd you can get a hefty amount of R Energy in play thanks to Flare Starter. This will allow for a number potential attacking options, one being a turn 2 Double Blaze-GX for 300 damage. Another would be Turtonator DRM’s Explosive Jet since the field has a handful of R Energy in play already, so it makes its attack quite useful. Lastly, Heatran-GX because you can move any amount of R Energy onto it, making its GX attack more powerful.

I like the idea of Fiery Flint when playing Blacephalon UNB, so I’ll consider adding one in. Fiery Flint is great in general in any Welder-based deck. Fiery Flint is basically like using 2 Giant Hearth at the same time.

This matchup you have to get a Double Blaze-GX as fast as possible and take 3 Prize cards on their first Mewtwo & Mew-GX. The opponent can deny this by using Clear Vision-GX. However, if they do, then you can transition into Turtonator DRM and KO Mewtwo & Mew-GX anyway because you should have 3 Energy on board at that point.

Next, you can set up a 1HKO with either Victini {} or Blacephalon UNB to take down the 2nd Mewtwo & Mew-GX. However, the opponent will likely have Wobbuffet LOT down at this point, making Victini {} useless. If you are unable to pull off the 1HKO with Blacephalon UNB, then try going for the Wobbuffet LOT assuming you have Ninetales TEU in play. If you can take out Wobbuffet, that will take you down to 2 Prizes.

Now all you need to KO is a Dedenne-GX or, if you can, another Mewtwo & Mew-GX with either Victini p (now that Wobbuffet LOT is no more) or Blacephalon UNB if you have enough Energy in hand to pull it off, which is where the 2 Fire Crystal come in.

Watch out for Charizard-GX HIF because it can be a huge threat against ReshiZard.

As long as ReshiZard doesn’t get 1HKO’d by Full Blitz, you should be fine. Now that Blacephalon UNB is in the deck, you have another potential way to take down a PikaRom in one blow. Try and take back-to-back TAG TEAM KOs, otherwise take a 1-Prizer then a 2-Prizer and a 3-Prizer (or vise versa) to finish the game.

If you decide to keep Tapu Fini UNM in the deck, then the matchup should be easier. Trade your 1-Prizers for 2 Prizes if you can, and have the Double Blaze-GX option handy when ready to take down another Blacephalon-GX.

However, if the opponent does not bench another Blacephalon-GX, they can use Naganadel-GX UNM to take down Tapu Fini UNM. If this happens, you might be put into an odd situation because you now may not have a way to 1HKO Naganadel-GX UNM. This is why having at least 1 Energy on ReshiZard early on is good, so you can threaten Flare Strike.

The Green’s variant of Blacephalon-GX I feel is much easier because they only have Blacephalon-GX as their main attacker, making Tapu Fini UNM more of a threat.

This matchup should be a cakewalk for AbilityZard in general. You take down the first GardEon with Double Blaze-GX then transition into Turtonator DRM and finish off the 2nd GardEon. You can even use Victini p or Blacephalon UNB for a big 1HKO. The deck has plenty of ways to take down GardEon in one blow. Be sure to save your Stadiums in case they use Reset Stamp and Power Plant.

Its GX attack can do 300 damage for just 4 Energy. We know Reshiram & Charizard-GX can also do 300 damage—except it requires 6 Energy as opposed to 4 to hit that high. Charizard-GX HIF allows the deck to take that big 1HKO much easier and faster when needed.

Why not drop ReshiZard for Charizard-GX HIF? You still may want to have the auto 230 damage with Flare Strike, and you never know when you might need to have the piercing effect of Double Blaze-GX—for example, to bypass Tag Purge or Keldeo-GX—so I recommend you play both.

SPE not too long ago. I think it’s a great addition to the deck because you can search it out with Mysterious Treasure. Not only does Wobbuffet LOT stop Victini {} from attacking, but it also stops Volcanion {}, Darkrai {}, and Tapu Koko {} from using their Abilities and attacking. Wobbuffet LOT has many uses and probably will stay in the deck for a while.

I wasn’t happy with Bill’s Analysis, so I decided to drop them. You want to use Welder most turns anyway, so I added another copy of Switch to help against Special Conditions like Confusion and Paralysis. On top of that, I added another Acro Bike to help dig more and give the deck a little more consistency.

I cut the Cobalion-GX from Henry’s Worlds-winning list to add Charizard-GX HIF. You are going to want to use your GX attack—no matter what it is—sooner rather than later anyway, so I cut Cobalion-GX.

Just like in AbilityZard, you can also play this card in Mew Box if you want to get back a Welder. You can search out Mewtwo UNB with Mysterious Treasure, which is cool.

This matchup is fine because you can Tag Purge a number of times to deny attacks. However, the opponent can still use Paralysis through Raichu & Alolan Raichu-GX, so be sure to save your Switches. That’s another reason why I’ve included the 3rd copy of Switch.

You can also snipe a Dedenne-GX for 2 Prizes thanks to Naganadel-GX UNM. Magcargo-GX is also a great attacking option since it can potentially 1HKO anything with the right amount of Energy.

Wobbuffet LOT can shut down Tapu Koko {}, so be sure to bench it on your first or second turn if the opponent was unable to get Tapu Koko {} out.

This is one of your tougher matchups. What you want to try and do is deny their Beast Ring turn. This is by no means easy to pull off, but it’s your best bet. There are a couple of ways you can do this.

Another tough matchup, depending if the opponent plays 2 copies of Fairy Charm Ability.

If you are worried about GardEon, you can add a Turtonator DRM.

That will conclude this article on updated JoseZard and Mew Box. Both decks will surely see more play as the season progresses. Atlantic City and Köln are a couple of weeks away, and Atlantic City will be the first USA Regionals of the season. I’ll be there and I’m very excited to see everyone and have an awesome time. I hope this article was insightful and you learned something from it. I’ll be continuing to mess with AbilityZard the most as it’s by far my favorite deck right now. 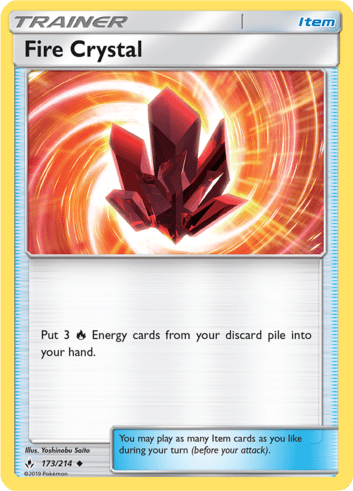