Hey readers, I’m back with another article today. This week (post-Atlantic City) has been pretty hectic for me and I haven’t had much time to prepare for Knoxville this upcoming weekend. Today I’ll be going over what I consider to be the “best deck in the format” (BDIF) and the deck I played at Atlantic City, Ability ReshiZard with a spin on it, alongside a very requested deck, the Eeveelutions deck I’ve been having some fun with at local tournaments.

Leading up to Atlantic City, Ability ReshiZard received an immense amount of hype. So much so that players began

In my opinion, this surplus of options has proven to make the deck inconsistent and unreliable. I have coined the non-Zard Ability Zard deck “Fire Greninja” because of its high variance and proclivity to brick games (like the Greninja decks of seasons past). I went with a more traditional, GX-focused build in attempts to win the tournament, and I’ll go over how I came to this option.

Let’s take a look at the list I piloted at Atlantic City and go over some of the key differences between my list and general lists.

This whole Evolution line is powerful. Eevee-GX is a potent and viable attacker versus Malamar decks. Using Boost Dash to score an early knockout and subsequently evolving into Flareon-GX (and healing all damage of off it) via Ascension DNA gives you an early lead in an otherwise unfavorable matchup. This strategy essentially gives you the option to trade 2 Prizes for 3 versus Malamar.

On top of the versatility Flareon provides in that matchup, it’s a great option versus Blacephalon-GX. Bright Flame fuels your discard pile with Fire Energy and also takes a 1-shot on Blacephalon-GX, which evens up your Prize trade.

In addition to that, Power Burner-GX is essentially Victini p’s attack but it doesn’t shuffle your Fire Energy back into your deck and also only requires one Energy attachment. Chaining Power Burner-GX into Infinity is one of the best options this deck has for closing out games and I would not play the deck without Flareon.

While everyone seems to be cutting to 1 copy (and frequently 0 copies) in the “Fire Greninja” builds, I remain at 2. Although ReshiZard-GX may seem like a 3-Prize liability at times, the strength it offers in stability is incredibly powerful and important in this Welder-focused metagame. Reshiram & Charizard-GX can tank hits and preserve your Energy, which in turn makes your turns require much less maintenance. You do not necessarily need to hit Welder every turn and it gives you more room to outplay your opponents.

The main reason for playing 2 copies is its necessity in the PikaRom matchup. Without it, you simply lose; you cannot afford to prize it. I went into Atlantic City knowing that PikaRom would have a great showing and this proved to be the case as it was the archetype I played against the most (at three times). I would have probably played against a few more had I chosen to ID at 6-2 instead of playing for the win.1

This card surprised my opponents the most throughout the weekend. Its high power level makes it an auto-include in any deck trying to win the tournament. This current format is revolving around Welder with an abundance of Fire archetypes and a small handful of non-Welder decks. Winning the tournament is my only goal currently at Regionals, and having the option to include hand disruption was a key component at doing so in my mind. I was able to take key sets off PikaRom and mirror which I would have otherwise probably lost without 2 Reset Stamp. I would not cut this card at all.

The metagame seems to have developed a bit since Atlantic City with PikaRom making a resurgence but being halted by Mew Box decks. With Mew Box winning the tournament, I’ve been getting asked, “Is Ability Zard still a good deck?” I sometimes laugh at the notion of it possibly not being a good deck because everyone seems to be focusing on the 0 ReshiZard that made Top 16 of Atlantic City, but my opinion on it remains somewhat unchanged. Ability Zard still the best deck in my opinion and the sheer fact that most of the people piloting the deck were using the single-Prize version (along with the whole room teching to beat them) is what made for the lackluster performance.

In Knoxville, I expect more or less the same decks to be popular. Many players are now realizing how degenerate and oppressive Pidgeotto can be given the right pilot, and perhaps some teching against Pidgeotto may start to occur.

As far as making changes to my current list, I would most likely try to find a cut for Sabrina’s Suggestion, which might end up having to be the Stealthy Hood. I’ve been testing Sabrina’s recently and enjoying what it brings to the table. With the format having such a high percentage of Welder-focused decks, it’s not inconceivable to hit Welder off of it. You’re only ever going to use the card when you have no other option, and in those scenarios—even if your opponent has a different Supporter, let’s say Cynthia—it’s still a good option because your hand was more than likely otherwise dead.

Other than that, I believe the deck is fairly optimized and the only other cuttable card is possibly the 2nd Reshiram & Charizard-GX.

Going into Knoxville, Ability Zard is still my top choice and only some off-the-wall insaño deck would sway me off it. Perhaps fellow SixPrizes writer Xander Pero can finally convince me that Naga Checkmate is good.

I have been receiving countless messages on Facebook and Twitter asking for my “coveted” Eeveelutions deck. I’ll be the first to tell you it’s not very good. The deck has polarizing matchups and strict auto-losses to any ReshiZard and PikaRom decks. Taking that kind of risk at a major tournament is not something I would ever do, but perhaps your local metagame may be the perfect fit for this wacky deck.

Here’s the list you’ve all wanted (I promise it’s not very exciting):

As you can see, it’s another boring Welder deck but with some of your favorite Pokémon. This is primarily a Glaceon- and Flareon-focused deck, but I chose to include 1 copy of Leafeon-GX for that annoying squid, Malamar.

The main focus of this deck is using Glaceon-GX and Flareon-GX to score knockouts. Glaceon-GX is incredibly powerful versus Mew Box as it shuts the deck off almost entirely. Mew Box being incredibly popular in my local area made me focus on Glaceon. The core of the deck is almost identical to Ability Zard but with less Energy to make room for Evolutions.

The 1 copy of Froslass UNM made its way into the deck when I realized ReshiZard variants were almost unbeatable and my one glimmer of hope to possibly squeeze out a win or two was off the back of Froslass. Besides Froslass, nothing else is really a surprise.

Mewtwo & Mew-GX was originally in the deck, but it was cut because of its inherent flaw of giving up 3 Prizes. That’s something I want to avoid. Sometimes 1 copy was useful as it allowed you to accelerate your turns by not needing to evolve.

Let’s go over some of the key matchups of the deck to get you somewhat prepared if you want to potentially play this wacky thing.

This matchup is pretty straightforward and relatively close, regardless of your type advantage with Glaceon-GX. The biggest setback here (despite type advantage) is that Glaceon-GX only has 200 HP, which means Mind Blown only requires 4 Energy for the 1HKO instead of the 5 needed to 1HKO Flareon-GX. The main thing you want to avoid is a huge Beast Ring swing turn, which is sometimes possible. The matchup is basically a race of trading 2 for 2. Usually you want to poke 30 or 60 damage onto Naganadel-GX so that it’s within knockout range. You want to end the game with a Reset Stamp and Glaceon-GX knockout.

This matchup is such an uphill battle because of the way PikaRom decks are being built these days. They’re including their own copies of Power Plant, which makes Glaceon-GX not nearly as effective as it could be. Their high switch count and Jirachi TEU make Reset Stamp’ing their hand into a dead-draw almost a non-option. Your main course of winning is usually going to be finding cheap knockouts (e.g., Dedenne-GX) and then possibly Polar Spear-GX‘ing to finish off a TAG TEAM.

Both variants of ReshiZard (Green’s and Ability) are bad matchups, but Ability is much more manageable. You want to focus on setting up an early Glaceon-GX to set them back, potentially. The end game will come down to hitting a Froslass 1-shot on a ReshiZard, and in Best-of-3 that’s not going to always work as soon as they realize this is your strategy.

One good thing about your opponent targeting Ditto p in the later games of sets (to prevent your Froslass play) is that it sets them on odd Prize cards and allows you another window of opportunity to even the Prize trade. Regardless, this matchup is incredibly hard.

This is one of the biggest reasons I built this deck. Its ability to chain-heal Eevee-GX and heal 50 damage per turn with Leafeon-GX while pivoting is incredibly annoying for Malamar to deal with. The matchup is pretty well in your favor, but there are cards Malamar can tech to combat you, such as Giratina p, which we saw Michael Catron bring to Top 8 at Atlantic City, which achieves the 160-damage 1HKO on Eevee-GX.

Overall, Eeveelutions is just a fun deck to play and more than likely not a real contender in this meta. Perhaps if we get a powerful new Eeveelution from Sword and Shield that may change things. Do not underestimate the power of ReshiZard going into Knoxville and look into options for teching against Pidgeotto Control. As always, feel free to DM me on Twitter any questions you may have and I look forward to seeing everyone this upcoming weekend at Knoxville.

1 I was 6-2 going into Round 9 and decided to play for the win, which didn’t pan out, but I don’t regret my decision one bit. I have been a constant proponent of not ID’ing at 6-2 because going into Day 2 at a 6-2-1 record requires a 4-0-1 record on Day 2 to bubble into Top 8, which is insanely difficult to pull. I’d rather take my chances during Day 1 where the competition is theoretically easier and try to get as many match points as I possibly can. 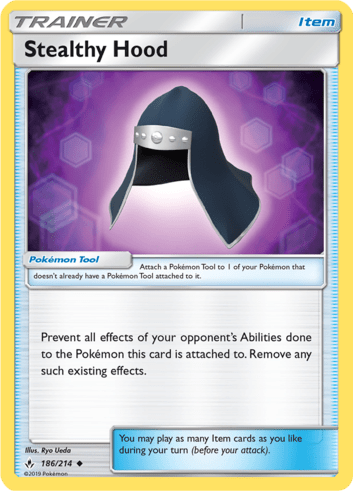