Hello 6P! I’m happy to be back with another article right before our next Regional Championship: Knoxville! Unfortunately, I will not be attending this one either, even though hearing about Atlantic City and seeing friends do well there had me wishing I was.

, and I’m very pumped for that tournament as it will be the first weekend where Cosmic Eclipse is legal and my first tournament outside locals this season. I’ll be testing like a madman for this tournament, and you’ll be the first ones to hear all about my findings!

Before taking a look into Cosmic Eclipse, though, we’re going to focus on Knoxville and what is likely to happen there given the results from this past weekend in Atlantic City, Cologne, and São Paulo.

. It wasn’t a surprise for anyone to see Mew Box win, as the deck is indeed extremely powerful. However, the lists are so different and contrasting in their approaches that it is actually quite fascinating to see them both win.

It is no secret that the original Mew Box deck that won the Worlds Championships this past August had a few clear and exploitable weaknesses, for example, things such as

The approach by the Atlantic City Champion, Azul Garcia Griego, was to accept that you can’t beat every single deck out there, and thus he accepted essentially auto-losses to GardEon and double Keldeo-GX plays. You can find his list right here:

Azul came to the conclusion that a single copy of Reshiram & Charizard-GX isn’t enough to bypass two effects that stop your damage, and it also wasn’t worth it to include a 2nd bypassing option (such as Greninja-GX SM197 or Lysandre Labs).

His focus was on maximizing consistency, which is exemplified by his straightforward approach to the deck and the inclusion of 4 Dedenne-GX. You already need to counter Power Plant in order to be able to attack with Mewtwo & Mew-GX, so you might as well include 4 copies of the best draw Ability in the game right now, too.

Coincidentally, the Cologne Champion, Tord Reklev, came to the opposite conclusion, that the deck needed to improve upon its bad matchups and have win conditions against them. You can see his list below:

Not only did he have the Reshiram & Charizard-GX to be able to copy Double Blaze-GX for 6 Energy and bypass annoying effects like Pure Heart or the Fairy Charm P, but he also had the previously mentioned ways to combat GardEon and Keldeo-GX: Lysandre Labs and Greninja-GX, respectively. He didn’t stop there though, and his decklist goes out of its way to try and cover every single one of the deck’s weaknesses:

Which One For Knoxville?

So the question in everyone’s minds is which version is best for Knoxville? The answer is: it depends. Seeing as how two Mew Box decks won this past weekend, the expected reaction is for the metagame to aggressively counter it, and I would argue that Tord’s deck is better equipped to deal with an increase in counters. As I explained above, Tord is trying to counter the counters, but I would make a couple of changes to his deck moving forward after playing with it this past week:

With that in mind, there isn’t that much you can change in the deck to accommodate both things. You can easily swap out 2 Red’s Challenge for 2 PokéGear 3.0, giving you easier access to Welder on average. However, making room for more Switches means you have to choose to sacrifice stability against Keldeo-GX decks by taking out the Greninja-GX for a 2nd Switch. Even though you won’t have that bad matchup covered, I’d argue that it’s really hard to beat everything.

If Greninja-GX means beating QuagNag more often, and the extra Switch means beating PikaRom more often, I’d rather choose the latter given how there were only two QuagNag in all of the Day 2 decks in both Atlantic City and Cologne.

It’s OK to have a bad matchup to a deck which is not played in big enough numbers and hasn’t even been shown to be too successful overall. With only Pokémon Communication as a way to find non-Pokémon-GX in QuagNag decks, you might be able to KO a few Woopers and Poipoles before they get a 2nd Keldeo-GX down, and finish off the game by KOing a Keldeo with Double Blaze-GX and sniping a Dedenne-GX on the Bench, or even two other Pokémon with Venom Shot. It’s not perfect, but the matchup is not completely unwinnable without the Greninja-GX.

It’s hard to make big overhauls and changes to Regionals-winning decks, but if given the choice, I’ll take an improved PikaRom matchup over QuagNag matchup any day of the week.

I played the deck with some other changes yesterday at a League Cup. The list has felt quite smooth so far and it was specifically targeted for my metagame where there are no QuagNag or GardEon decks but that is heavily dominated by Malamar and PikaRom:

I ended up getting 2nd place at the Cup, losing to late-game situations where I Stamped my opponent in Games 1 and 2 to 1 card each time, and both times he was able to find the win. The deck felt great overall, and Shedinja made it awkward for opponents when I was able to aggressively lead with multiple Turbo Strikes and pressure damage while having another 2 Mewtwo & Mew-GX on the Bench fully powered up to take on any threats.

The highlights of this particular list include the 4th Weakness Guard Energy, which was crucial in the mirror and Malamar matchups I faced.

The 3 Switch were also incredibly useful overall to make sure I always had the right Pokémon up front, and came in clutch vs. Tandem Shocks in a couple of rounds. Since I didn’t expect any GardEon decks at my Cup, I opted for that 3rd Switch and 1 Viridian Forest, but I would keep the 2 Lysandre Labs for a bigger event such as Knoxville where the metagame will not be as concentrated as a League Cup.

Other Decks for Knoxville

Even though I just played Mew Box and I’ve been rambling about it for the whole article so far, I still stand by what I wrote in my previous article about how a PikaRom with 3 Reset Stamp and 1 Absol TEU list is poised to do well in the current metagame. I was not the only one to catch on to that, as PikaRom decks were the most represented overall in the Top 16 of Atlantic City, along with decent representation in both Cologne and São Paulo.

Granted, there were a lot of variants and combinations of this including Jirachi, Bill’s Analysis, Judge, 2 Reset Stamps with Absol, 3 Reset Stamps without Absol, and many others. This shows how versatile the deck is and how each player can adapt the deck to their liking and playstyle. I have more local events coming up the next couple of weekends, so I’ll be taking my list for a spin there, and it would be my top pick for Knoxville still as it doesn’t seem many players are respecting the power of double Raichu & Alolan Raichu-GX continually using Tandem Shock in combination with Reset Stamp in the middle of a game. That has been the biggest weapon of the deck so far in my opinion, and if people move onto copying Tord’s list with a single Switch, they’re not going to have a good time trying to bypass all the Paralysis and hand disruption.

Another deck that I think is poised to do well and that seems to be flying a bit under the radar is Blacephalon-GX/Naganadel. The deck thrives when it is not deemed a major threat, as that’s when Tapu Fini UNM is not making the cut in decklists. It boasts a particularly strong matchup against Mew Box, no matter whether they’re closer to Tord’s or Azul’s deck.

Here is the latest list I’ve been testing, which has had some pretty good results overall in terms of matchups, as in a TAG TEAM-dominated meta, any 2-Prizer or 1-Prizer that can stand up to them consistently should almost always come out on top.

The 1-of Lysandre Labs is probably the standout card, and I am still iffy on it given how it’s unsearchable, but its main purpose is to bypass 1 Spell Tag damage placement against Malamar. This makes it a little harder for them to close out the game as they try to set up favorable trades by recycling Giratinas and utilizing Distortion Door and Spell Tag to hit key numbers.

Other than that, it’s pretty close to the standard that has been seen since Shintaro Ito placed 2nd at Worlds with the deck. The Bill’s Analysis is a personal preference choice and could easily be a Hapu or a Tate & Liza, as both are situationally useful and the deck appreciates a Switching effect when it inevitably ends up starting with Heatran-GX in some games.

Gardevoir & Sylveon-GX has fallen from my good graces a little since my last article, but not a lot though. I still think it’s a pretty strong pick for Knoxville, and it might be especially good if ReshiZard decks keep losing traction as they seem to have from this past weekend. Granted, they’ll still be popular, but I’d be surprised to see many of the top players piloting GardEon in Knoxville.

And so that will conclude my article for today! I wish I was going to Knoxville. In fact, I wish I was going to every Regional, but for now I’ll focus on making a splash at Brazil and my next article will include my thoughts on Cosmic Eclipse and what I think it has in store for us in the Standard metagame! Thank you so much for reading and let me know any questions or feedback you have on the article! 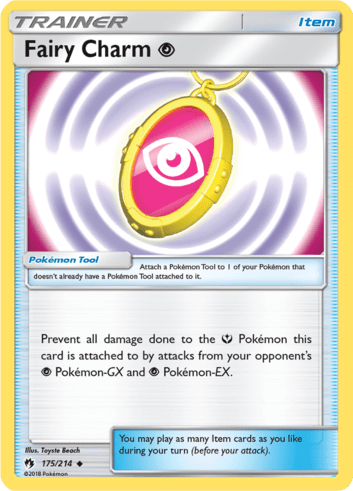