Hello, SixPrizes readers! I’m back this time around to look at the results of LAIC

and discuss my two top picks for the meta moving forward. We have a whole slew of data to look at thanks to some work I’ve been doing lately for my friends over at PokéStats, so let’s dive right in!

LAIC by the Numbers

Thanks to RK9 Labs, we have access to the entire Day 1 field across all age divisions for LAIC. We’ll focus on Masters for our purposes, but there are a few interesting numbers in the other two divisions as well—notably 5 Reshiram & Charizard-GX/Flareon-GX decks in Seniors, and 2 Naganadel/Rayquaza-GX decks in Juniors.

Masters saw a Day 1 meta dominated by Arceus & Dialga & Palkia-GX (ADP) decks, as well as Mewtwo & Mew-GX decks. Based on numbers provided by Limitless, we know some number of players brought a Green’s Exploration-based ADP list, as opposed to the midrange list with Keldeo-GX, but RK9 does not reflect a bisection in their dataset. Exact conversion rates between Day 1 and Day 2 for these variations are not known for this reason, but we can extrapolate an overall archetype conversion rate. There is a similar instance of Blacephalon UNB decks with and without Pidgeotto not being divided.

Surprisingly, Welder-focused decks comprise roughly 32% of Day 1 and 44% of Day 2. This includes everything from AbilityZard to Mewtwo & Mew-GX to Blacephalon-GX to even Lucario & Melmetal-GX—if it’s slinging Fire Energies, it’s counted. For the most part, these decks employ similar strategies of flooding the board with Energy and swinging for powerful knockouts. Because of this, combating these tricks is somewhat streamlined, which contributed to the rise of Control decks like Pidgeotto and Florges. These two decks only made up 9% Day 1 and 10% Day 2, but they made incredibly deep dives into the event. Every Pidgeotto player entered in Day 2 with 19–20 points, ultimately finishing anywhere from Top 128 to Top 16 with a combined non-mirror record of 14-4-8 in Day 2 Swiss.

Thanks to RK9 Labs’ recent innovation, spectators can now track each players’ path to their final placing. Using this data and Limitless’s effort in collecting what decks each Day 2 player piloted, we can form some information about matchup spreads. I did a version of the above chart that tracked every Day 2 deck; however, most of the information present in that version was too low of sample size to be noteworthy in this case. It’s hard to present data on a deck when there is a combined fewer than 10 non-mirror games played with it in Day 2.

Above is a condensed version of that chart, showing total matchup records of the 10 most-played decks in Day 2, which happens to be every deck with more than two pilots.

Now, a small caveat on the table—statistically speaking, these are all incredibly low sample size. Just because PikaRom lost its only match against Blacephalon/Pidgeotto, it isn’t inherently an auto-loss in practice. Player skill and matchup knowledge plays big factors into things like this, as well as randomization. In this table, I calculated win rates the same way TPCi calculates Opponent Win Percentage in its tournament operations software—wins are worth 1, ties 0.5, and losses 0, then taking the average of the total non-mirror matches.

From most of the data presented, however, we can start to draw conclusions based on this meta. ADP, despite being the most played deck in Day 1 and Day 2, overall struggled, spouting a 47% win rate against the entire Day 2 field, and a 45% win rate versus the “condensed” field. This suggests the deck’s success, while having some merit, may be based more in the number and caliber of players piloting it instead of the deck itself.

On the flip side, Pidgeotto-focused decks had massive gains from this meta, with Pidgeotto Control sporting a 69% win rate versus all of Day 2 and 63% condensed, and Blacephalon UNB/Pidgeotto demonstrating a 67% win rate across the board. There are a few inferences that can be made about what lead to each deck’s success.

In the case of Pidgeotto Control, the deck gained numerous tools from Cosmic Eclipse, such as Bellelba & Brycen-Man and Misty & Lorelei. The former gives the deck a much faster clock while also allowing the deck to clear Pokémon off of the Bench well after their use—such as Articuno-GX post-Cold Crush-GX—and the latter allows for Cold Crush-GX to be used several times in a single game. This allows for harder and faster locks.

Blacephalon/Pidgeotto’s success can likely be attributed to the deck’s efficiency and overall ability to trade Prizes in advantageous ways. When you’re 1-shotting TAG TEAM-GXs and only giving up a single Prize card, you tend to win. Additionally, the deck gained an unlikely addition in Lillie’s Poké Doll. This card effectively gives you a turn or two in order to set up your Blacephalon and amass Energy in hand. Of the 4 players who made Day 2 with this archetype, Manuel Jorach was the only one who opted to play Lillie’s Poké Doll—with the other 3 players running Pokémon-GX or extra counts of Trainers instead. By no means is any one of these versions “correct,” but they all have their pros and cons. This being said, Blacephalon UNB’s biggest enemy is often its own inconsistencies and awkward starts. With the addition of Lillie’s Poké Doll, these suboptimal opening hands occur slightly less often. Lillie’s Poké Doll also increases the efficacy of your Jirachi starts, proving its utility even further.

Looking at the highest-placing lists for both archetypes, we have Alessandro Cremascoli and Manuel Jorach, respectively. As seen below, Manuel’s list is fairly straightforward with very little room for adjustments.

In all honesty, there’s not really many changes that could be made to Manuel’s list—and it’s one I would personally feel comfortable piloting in Daytona

this weekend. Manuel takes a very numbers-focused route with his deck-building in this case, and any changes seems like it would disrupt the consistency of the deck. Perhaps the only change I could suggest would be dropping 1 copy of Lillie’s Poké Doll for a Heatran-GX. This sacrifices a small percentage of your early-game setup in favor of an easier end-game with Hot Burn-GX, making Knock Outs on TAG TEAM Pokémon-GX a fair bit easier.

Moving onto a more controlling side of this dual-faced Pidgeotto coin, Alessandro took some unorthodox choices with his deck, as seen below:

In Alessandro’s list, we see Slowking LOT, 2 Hapu, 2 Misty & Lorelei, 1 Champions Festival, and no copies of Acro Bike. These were decent choices for LAIC’s meta, but I’m not certain they will all carry over well for Daytona.

Below is my adapted version of Pidgeotto Control for Daytona Beach:

My list is designed to win the mirror more often, while also cheesing out certain matchups and countering a few popular techs.

At LAIC, players started to figure out decks with Water Energy or Rainbow Energy—specifically ADP decks—can play Cryogonal UNM to lock Pidgeotto Control and Florges Stall out of their Items and win the war of attrition in that manner. Lycanroc CEC helps to counter that idea. Because players are usually pairing Cryogonal with Pokémon-GX, Lycanroc can often attack for free, frequently getting the 1HKO on Cryogonal, assuming Rainbow Energy is attached. This buys the Pidgeotto player turns by removing the Item lock. Additionally, many top lists have started running Zebstrika LOT to counter Pidgeotto Control. Lycanroc CEC allows you to freely KO Zebstrika and proceed with locking your opponent.

Magneton CEC is a card that has seen some play in Pidgeotto, but it is not as common as you may expect. Its intention is to outplay the mirror match. In the mirror, both players can never safely go to 3 cards or less in deck, for fear of being decked out with Bellelba & Brycen-Man, so players will often go to 4–6 cards in deck as a result. This is where Magneton CEC shines. You can have Magneton in play, use Call Signal to search out Lt. Surge’s Strategy and 2 copies of Bellelba & Brycen-man, go behind on Prizes, then play all 3 Supporters and deck out your opponent when they thought they were safe.

Additionally, Magneton serves as a consistency piece outside of the mirror match, allowing for more outs to find Supporters and combos with Lt. Surge, even when your opponent is playing around their Prize cards.

Other potential inclusions in the deck would consist of Lavender Town and Mawile-GX.

Mawile-GX’s Captivating Wink Ability allows you to pull Basic Pokémon from your opponent’s hand down onto their Bench. This is helpful in a myriad of matchups where you want to then use double Custom Catcher to gust up that Pokémon and stick it Active. It also combos with Lycanroc CEC to enable its Boiling Blood Ability by targeting Pokémon-GX and forcing them into play. However, because Captivating Wink only occurs when Mawile-GX is played from your hand to your Benched, you’d want to make sure the Ability will hit a good target.

Lavender Town aids in this by securing a successful hit. Mawile-GX can also be looped thanks to Bellelba & Brycen-Man. You can discard it off the Bench thanks to the first effect, then recur it with Resource Management, making sure you decide what your opponent plays and when, forcing them into a large number of awkward positions.

While I’m sad I won’t be attending Daytona Beach Regionals myself, I know without a doubt I’d be playing either Blacephalon/Pidgeotto or Pidgeotto Control in the main event if I could go. They represent two extremes of how the meta can look—hyper controlling or hyper aggressive—and are backed up with some insanely strong numbers from recent events. They represent what could potentially be the safest picks to finish in Day 2 and even make Top 8 or higher. Regardless, if you aren’t playing one of these two decks, I would be sure to include cards and strategies to win against both. 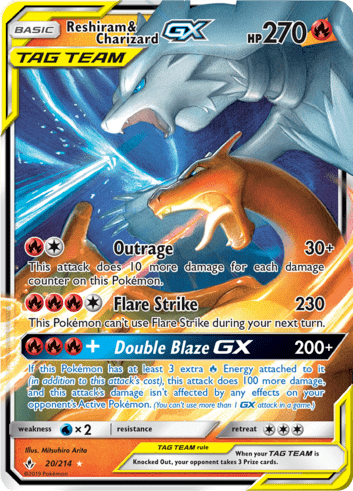