Hello 6P! What a weekend we just had with not one, not two, but THREE Regionals/SPEs: Brisbane Regionals, Singapore SPE, and San Diego Regionals! Knowing events are taking place all over the world is amazing to me, and something that five years back I would not have imagined.

I myself managed to place 7th in San Diego

with ADP (or, as I like to call it giving credit to the list creator, ADPero). It was a fantastic weekend for me as I started the tournament off very strongly at 4-0, and then, as expected, I faced even tougher competition and games became much closer to the point where I finished 5-0-4 going into Day 2. I was certainly in the driving position in many games, but Reset Stamps or a few Energy whiffs allowed my opponents to tie those series.

I wasn’t super excited to go into Day 2 at 19 points, and I even considered playing out the last round at 5-0-3. However, I’ve managed to win 2 Regionals, Top 4 another, and get to the Finals of an International, all going into Day 2 with the lowest record possible, so I decided to guarantee myself Day 2 to give myself a chance, rather than risk it all on the last round vs. Pidgeotto Control.

Day 2 went swimmingly. Although I misplayed during Swiss against eventual winner Justin Bokhari to lose our series instead of tying it, I managed to beat an Ability ReshiZard to go 4-1 in Day 2 and secure my Top 8 spot. I was once again paired against Justin’s TinaChomp deck in Top 8 and it’s a terrible matchup for ADP with the list I ended up running. I do have an idea on how to improve the matchup though, which I’ll go into in a bit.

All tournaments this weekend were in the UPR–CEC format, coming off of a crazy weekend at Daytona Beach. All of these tournaments in quick succession of each other after LAIC

have presented wild results, but it’s especially strange in the cases of the previous Champion decks, Ability ReshiZard (LAIC) and GardEon (Daytona Beach

). These two decks, considered Tier 1 at any point, achieved a combined total of one Top 8 appearance across all three tournaments, with very few in the Top 16s or Top 32s even. Does this mean their wins were flukes?

All three tournaments presented varied results, as we saw

It’s important to note how TinaChomp went completely under the radar after Gustavo Wada got Top 8 at LAIC with it, and mostly because his list was not made publicly available until a few days before this weekend. Between the mystery surrounding it and also the deck not being very straightforward, not many people gave it proper credit or attention.

This is Justin’s Champion list, which is a handful of cards off from Gustavo Wada’s Top 8 LAIC list. The main change was an adaptation for the Stall/Mill decks that keep showing up:

Justin ran a Blacephalon CEC which allowed him to pressure the Bench by placing damage counters, bypassing any Bench Barrier protection from Mew UNB. The fact that the deck can manipulate opponents’ Prizes by utilizing Mismagius’s Mysterious Message allows not only for hand control with their 3 Reset Stamps but also you to get an opponent to 3 Prizes and start spreading even more damage at once. I thought it was a great answer to Stall decks, and the card combined nicely with Counter Gain as well.

Rahul Reddy will be diving deeper into this deck in his article tomorrow, so I won’t go much further into it, but I felt it was important to mention why the deck was successful and how it adapted to this meta where you are forced to run multiple Stall/Mill counter cards.

Moving onto ADPero that I used, I was initially not even contemplating the deck for the weekend, with Malamar and Mew3 being my top choices. I am very lucky in that I get to play Pokémon and coach people for a living, which means I get to practice and play pretty much every single deck out there and be familiar with them, so making last-minute switches, though not advised, isn’t exactly problematic as I’m not improvising from scratch. As I played throughout the week and people asked to test vs. ADP, I realized how comfortable I felt playing the slow-and-steady-wins-the-game play style. You basically never 1HKO things with this deck, and playing around your opponents’ counters to Keldeo-GX and mapping out Prizes gave this deck a major skill factor that I really enjoyed.

I did have Malamar/TinaChomp initially submitted on Friday night, but the last few games I played with ADPero vs. a friend changed my mind and I resubmitted. I only made one change from Xander’s list: I included a 3rd Mallow & Lana over the Mimikyu TEU as it didn’t feel very useful overall, and Mallow & Lana was always a useful card that kept coming in clutch. Having a 3rd copy in the mirror seemed like it would give me a big advantage (and it did!—although winning the coin flip is much more important).

So, 1 card different from Xander’s list, yet having Mimikyu TEU might’ve made my matchup against Justin’s deck stronger, giving me a potential 1HKO on his TinaChomp after he used Calamitous Slash with a Rainbow Energy + Counter Gain play.

Once again, TinaChomp flew under the radar for me, but now with it popping up in all three events, along with its Top 8 LAIC placement, I expect the deck’s popularity to skyrocket for Cups and Challenges, especially since it’s a fairly budget deck that doesn’t require expensive cards like Dedenne-GX or Jirachi TEU.

So how can ADP fare better against TinaChomp? You’d think Keldeo-GX would be enough with Chaotic Swell, and I do think therein lies the answer, but 2 Keldeo-GX and 3 Chaotic Swell is not good enough. It hurts if you prize any of those 5 cards, which is not uncommon, so increasing those counts would be great.

One final thought I had on the deck is just how important is Arceus & Dialga & Palkia-GX, really? There are some matchups like Ability ReshiZard, Mew3, and now TinaChomp where focusing solely on Keldeo-GX is usually better. You do need Altered Creation-GX+ to trade favorably against non-GX decks like Malamar, Pidgey/Blowns, or Florges though, so removing it completely is not ideal, but perhaps in the right meta, a solo Keldeo-GX deck could succeed.

Next up we have Dallas Regionals, the first major NA tournament of 2020 and also the first Expanded Regional featuring the new bans and Cosmic Eclipse. Based on my current position in the EUIC leaderboard and the fact that I already have my ticket for that tournament, it makes sense for me to go to Dallas

and I will now be focusing on having a really good tournament run there.

The new bans mean an Expanded version of TinaChomp/Mismagius won’t be possible, though there are other ways to give up Prizes such as Magneton CEC’s Call Signal. A lot of disruption cards got banned, so it’ll be interesting to see if the format becomes dominated by hyper-aggressive decks such as ADP with Greninja & Zoroark-GX, Ultra Necrozma CEC, and a Guzma & Hala engine, or if more robust decks such as GardEon stay relevant. That will be my homework for the next month as we gear up for Dallas during the Holidays.

The top decks from Portland did feature a few decks like Pidgeotto Control that utilized quite a few of the currently banned cards. However, several of the other top decks like ZoroGarb, GardEon, PikaRom, and Turbo Dark barely used any if they did at all. Since we never had a post-Cosmic Eclipse, pre-ban tournament, I don’t think we will feel the changes as significantly as we could have, based on what we saw happen in Japan that directly resulted in the banning of cards like Mismagius and Island Challenge Amulet.

I’m looking forward to exploring the Expanded metagame, and I’m very motivated after the absolutely fantastic couple of Pokémon weekends I just had after a miserable first quarter of local tournament failures. I do, however, realize how important it is to look at the bigger picture and to not be so harsh on yourself. Even though I failed to acquire any CP at LAIC, I’ve gotten Top 16 or better at every Regional or SPE I’ve played in 2019, so I really shouldn’t let a few bad Cup finishes get to me. This weekend put things into perspective for me, like how important it is to focus on the positive aspect of things, as before the Cups and San Diego it was really getting to me that I was failing so horribly at my local tournaments.

Anyway, that’s enough about me and my feelings for today. I hope you enjoyed this recap + analysis on what happened this weekend. I’ll be back in January with my findings of the BLW–CEC Expanded format and hopefully many more Cup wins in the bag! Thanks so much for reading and I wish you Happy Holidays and a very Happy New Year! If you have any questions or comments, always feel free to contact me over at Tablemon. Until next time! 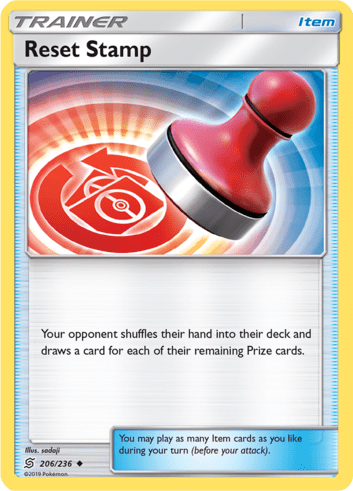