What’s up guys, Jon here again with another article. I recently attended the Dallas Regional Championships

where I was fortunate enough to get Top 4. This feels especially fortunate as I haven’t been a huge fan of Expanded for quite some time now. In this article I will be going over the deck I played to Dallas with a little analysis, how I think it gets affected by the rule change and the new expansion moving forward for Collinsville Regionals

, other decks I think will be good in Expanded, and another idea dump to help get you guys ready for Sword & Shield, specifically Standard for OCIC

and onward. With that being said, let’s go!

Leading up to Dallas, my group and I had tested several decks, all of which felt relatively mediocre in comparison to Turbo Dark, which left us with the question “Why aren’t we just playing Dark?” To tell it short, only one of us ended up on Turbo Dark. I can’t speak for the others, but the reason I didn’t end up playing it—despite it being a sheer powerhouse of a deck—was because I didn’t feel as if I had enough options to outplay my opponent when I was playing the deck. The deck felt too reliant on if you could set up a lot early, and if you didn’t you’d fall behind. In summary, the deck felt too linear; I also didn’t want to have to deal with the inevitable mirror matches I’d hit if I played it.

This is what lead me to ZoroGarb. If you remember, I wrote a little about it during the first string of Expanded Regionals back in November and called it one of my go-to decks in the format. This hasn’t changed. I don’t want to bore you by repeating why I think the deck is amazing, so here is a little summary of why I played it:

Here’s the list Tanner Hurley and I settled on:

Note: I actually played 1 Zorua SLG (Ram) because I am bad and couldn’t find another Paralyzing Gaze one. Never punished.

Here are my matchups throughout the event:

All in all I’m happy with how the event went. I think the ideology behind ZoroGarb being a good deck holds true in Expanded moving forward with the rule change and new set, you just have to switch some stuff up.

I feel that the big reason people have written off ZoroGarb post-rule change is the inability to both go first and use Brigette to set up your board easily. I agree that this hurts the deck, but with the changes shown above, the deck will survive and may even be better.

The deck doesn’t actually change much. You need to add Quick Balls as a way to search for your Basic Pokémon in the situation that you go first and you’ll need another Dedenne-GX as a way to draw cards on your first turn to find the cards that find your Basics.

If I were to make these changes, it would probably look something like this:

I actually think that the deck gets even better going into a blind meta like what Collinsville will be because, as said before, ZoroGarb flourishes when your opponents play suboptimally, whether it be their in game play or their list.

However, if ZoroGarb isn’t your fancy, here are some other decks that stand out from the crowd in Expanded moving forward:

From first glance, with the new rule change we can infer that any of the explosive decks that can dish out huge amounts of damage on turn 1 will benefit from going 2nd, but could be questionable going 1st. We will have to see these decks increase their counts of Shaymin-EXs and Dedenne-GXs to compensate for the missing draw, assuming they go first. Decks like PikaRom and Turbo Dark are the decks that come to mind when I think of this.

In addition to those two, Hunter’s RoxieChomp gets even better with the inclusion of Galarian Zigzagoon SSH as Roxie becomes less needed and pinging damage becomes a lot easier to pull off.

Archie’s Blastoise also benefits from going 2nd now, but unlike Turbo Dark, PikaRom, and RoxieChomp, it can’t really do much when it goes 1st. It will be interesting to see if Archie’s can find its way back into the top of the meta.

EggRow went from the BDIF in Richmond, to virtually unplayable in Portland, to a decent call in Dallas, and now back to a real threat moving forward with this new rule. The deck doesn’t mind going 1st, and absolutely loves going 2nd as you can quickly lock your opponent out of the game.

I predict that, at least for Collinsville, the format will be shaped around whether or not people give EggRow the respect it deserves. The first time EggRow did well was when no one expected it or had answers. If this happens again, then you all know what will happen.

That’s it for Expanded, now on to my idea dump:

That’s it for the idea dump.

Before I fully read through the set and analyzed how it affected past decks and what new decks would come of it, I was extremely lost. I didn’t know where to start my testing or theorying, so for those of you who are having these same issues, I have made a tier list of decks based on their importance and how much you should focus on either (A) testing with/against them or (B) theorying them:

That’s all for now. Hopefully I was able to give you some insight on why ZoroGarb is so good, and how to adjust it moving forward, in addition to giving you some ideas to work off of and consider in regard to all of these changes to the game quickly approaching us. I apologize for this piece not being super dense when it comes to lists. I wouldn’t feel comfortable giving you guys something that isn’t tested, but I hope you guys can use this piece as a starting point as you venture into this new era in the game. As always, let me know if you have any questions. 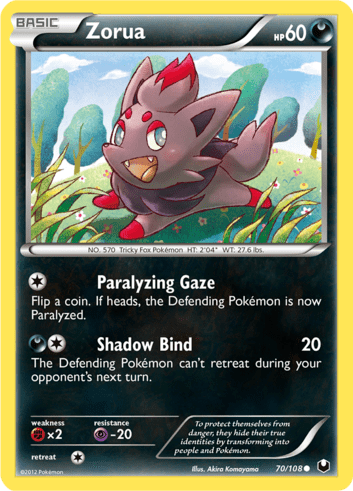