Hello again readers, I’m back with you for my final words before both OCIC

, so I’ll do my best to give my thoughts on what I’m planning for both formats today. I haven’t been able to put much time into Expanded, but I have a few lists that I’ve done some preliminary testing with. Standard is a lot easier for me to talk about because of how much time I’ve put into it over the last month or so.

Both of these things have had a decent impact on the format, and made some of the old archetypes much better and some much worse. In my initial breakdown of SSH I mentioned some of the cards that got better, so check that out for that info.

I believe that I may have initially overvalued EggLet in this format though. I initially thought the card, and the deck, would be incredibly good, but after thinking about it some more I’ve come to revise that thought. I only thought about the benefits of going second, and not the drawbacks that the deck inevitably faces when going first. In my initial testing, a list built like the successful ones in Dallas failed to find a 2nd Basic Pokémon when going first far too often, and ended up losing before even playing the game.

As you can see, this is by far the most Item-heavy EggLet list ever, and that is solely done in order to survive the first turn if you go first. I’ve included 6 Ball cards in order to find a 2nd Basic often enough, but they are also good on the second turn to find an Energy to retreat with (Net Ball) or just an Oddish when you don’t have Brigette. I think that an Item-heavy build or one with a lot more Basic Pokémon, similar to Grant’s list, are the only ways forward with EggLet.

However, I don’t think that I underestimated how good MimiGar is going to be in Expanded. I believe that Pablo was the first player outside of Japan to see success with the card in Expanded, and that was before the rule change. His list can easily afford to not play a Supporter on the first turn, and when going second, Horror House-GX is even more oppressive than it already was. The deck didn’t really gain any cards from SSH aside from Quick Ball, but that’s not an issue.

One card that might sneak its way into the list is a Zacian V, because of its Tropical Beach-like function. I haven’t done much testing with the deck, but I feel like an even better turn 1 when going first couldn’t be a bad thing. Currently this is one of my favorite choices for Collinsville. I think that I would likely make Day 2 with the deck, but past that I don’t know its potential.

This was my favorite deck leading up to Dallas

, and it’s one of the few decks that really doesn’t care if it goes first or second anymore. Dark is also one of the decks that is easily able to attack for real damage on its first turn, so it can come out swinging against a lot of decks. Also consider that if Dark went second, its opponent hasn’t even gotten to play a Supporter yet. It also gained a few neat cards in SSH to make it slightly less clunky. For instance, one cool combo that has emerged is that of Oranguru SSH and Max Elixir (or Ether if you’re really adventurous), which allows you to stack an Energy on top of your deck to accelerate.

I did include the Oranguru in the list, not only because of the Elixir scheme, but you can also finally put a VS Seeker or other relevant card back into your deck before a Dedechange or Professor Sycamore. It’s also a small consistency boost in that it allows you to see 2 cards from the top of your deck every turn. I also added another Dedenne-GX and a Quick Ball in order to find draw support easier on your first turn.

You’ll notice I finally cut the SableTar package. I did this for a few reasons, the first of which is that Shock Lock might not even be viable anymore. The second of which is that it doesn’t take an extra Prize card off of a Zacian V.

I’m thoroughly unconvinced that this deck is at all viable now, but sources tell me I might be wrong, so I’ve updated the list for SSH. I think that the addition of Galarian Zigzagoon SSH and Pokémon V in general to the format are enough to totally cripple the deck, but it’s possible that it’s viable.

I made a few of the changes that I talked about in my Regirock article, and I think the list might be as good as it’s going to get. It probably still beats the things it used to, but now it has more bad matchups in EggLet, Zacian, and any other Item lock decks.

Now that I’ve talked about a format that I currently wish wasn’t relevant immediately after OCIC, I suppose I’ll spend the second half of today on Standard. Aside from Mill, nothing has stood out to me as incredibly good. We’ve had a few small non-sanctioned events with SSH cards, and those results point to Zacian/ADP, Mill, and Mew3 variants as the leaders of the format so far.

Something similar to this did decently well at LAIC this year, and then dropped off the map. With Mill having such a large target on its back, and rightfully so, I’m incredibly scared to even touch it (i.e., Mill) again. That doesn’t mean I won’t, but in the meantime, I want a deck that can beat it and not lose to everything else. Thus, the revisitation of this build of Mewtwo.

In a format full of mediocregust effects, Ninetales is a breath of fresh air. The entire reason that this deck can even beat Mill is because it cangust Wobbuffet LOT and attack with Victini p to put any number of Energy back into the deck.

It’s still a Mewtwo deck, but we only play 2 copies of Mewtwo & Mew-GX. This is because almost every other Pokémon in the deck is technically able to attack without being copied. Mewtwo is more here because it provides versatility in a deck that otherwise is straightforward and linear.

1-of almost every Charizard-GX card

Charizard-GX HIF, ReshiZard-GX, and BraixZard-GX are all very good cards. They’re all here because of their high damage output or broken attack that searches 3 cards. There’s no reason not to play them.

Finally, ReshiZard gets good Pokémon search back. This makes the deck so much more consistent than it used to be, and that makes it much better overall.

Sick of discarding those precious Welders? Me too. Yet, I haven’t been able to find space for Oranguru in the deck. Unfortunately, Bench space comes at a premium in a deck with 3 Dedenne-GX as its draw engine.

I really want the 2-Energy attacker, but space constraints and a somewhat twisted reasoning of “If you haven’t found Welder by turn 2, you’re losing anyway” have stopped me.

I’ll probably end up cutting a Hearth for a Labs once I see how other lists develop, but right now I value pure consistency.

So Mill catches on and starts to play Stealthy Hood in order to counter Ninetales? Cool. Time to play your own Stealthy Hood for Victini p. Sounds fun right?

I’m going to briefly go over favorables and unfavorables today, because the strategy with this deck is incredibly easy and pretty universal. You need to:

I hate this deck with a passion. Seriously. But when it draws well, it’s good. I’m going to call it the EggLet of Standard. When it works, it works really well. But when it decides to do nothing, you’re going to be done really fast. It also doesn’t beat Mill. But if everyone else beats Mill, then maybe I can counter the counters. This is also the first seriously built deck that has ever taken less than three lines on my PTCGO decklist, so there’s that.

Who needs Welder? This feels self-explanatory. Green’s + Beast Rings = No need for Welder that turn.

Sometimes your opponent plays Chaotic Swell on their first turn. And that means you can’t use Ultra Space to find another Pokémon. Which then leads to you losing by getting Benched. Thus, Quick Balls are a (I’m sorry) quick inclusion into the deck.

I’ve seen people play Kartana UNB or Pheromosa FLI as a pivot card, but I prefer having a Switch instead. Once something is stuck Active, it’s the only way outside of a Welder to move that Pokémon.

No more losing to a late-game Reset Stamp, well, until they play Lysandre Labs or just Catcher around the Lucky Egg, but that’s beside the point. When you stick a Lucky Egg, it’s game-changing.

This is honestly the only thing I would even consider changing in the deck. Sometimes Custom Catchers feel terrible; other times, they feel amazing. And flipping tails on Pokémon Catcher is brutal.

This is going to look somewhat misleading. The deck isn’t that consistent, and thus loses games it really shouldn’t. The chart will make it look better than it is.

Instead of the usual focus on one deck, I decided to go over a lot of different things today. This was in part because I have limited knowledge (in the case of Expanded), or because I haven’t seen lists for many Standard decks yet.

I’m incredibly excited to go back to Australia for my third consecutive year, and I hope I’m able to pull a decent finish this year. I’ll see a few of you over the next three weekends, and good luck to everyone in whatever events you’re playing in.

As always, feel free to message me with any questions that you might have about anything related to Pokémon. I also offer coaching! Either email me (alex.schemanske@gmail.com) or PM me if interested.

Until the next one. 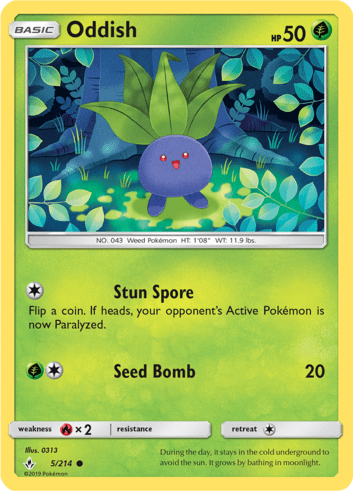