What’s up, everyone! It’s only been two weeks since my last article, but I’m already back with more content. Whether you’re playing in OCIC this weekend, Collinsville

the week after, or local tournaments, I’ve got something for you.

My opinions in Standard haven’t changed much. Mill has become an even greater force to be reckoned with, and the new version with Magcargo-GX and Zacian V exploits the popular Professor’s Research engines. If I were playing in Australia this weekend, I would 100% be playing an out to it, such as Oranguru UPR. From what I’ve seen, the Magcargo-focused lists don’t run a way to easily KO it or lock your hand, so it’s very effective there. Lists that play Chip-Chip Ice Axe and the like will be better at hindering the effectiveness of Resource Management, but Intrepid Sword can quickly get you out of a lock.

As far as Expanded goes, the stuff that was good before will stay good. Sword & Shield was an incredibly impactful set in Standard, but less so in Expanded. None of the new Pokémon stand out to me; their power level is much lower than the rest of the format. Zacian V, Cinccino SSH, Oranguru SSH, and Galarian Zigzagoon SSH are the only cards I see making an impact. The rest of the format falls to something, whether it be aggression or attrition.

Now, enough with those first thoughts. Today, I’ll post my updated ADP/Zacian V list and briefly discuss changes from my last article. Then, I’ll talk about Shock Lock with the new rule changes.

If OCIC was tomorrow, I’d play this. It’s widely accepted that ADP/Zacian V is the best deck, and there has been little evidence to debunk this. The deck works, and being able to 1HKO almost everything and take an additional Prize when doing so is powerful—who knew?

These changes are pretty self-explanatory. Phione and Tapu Fini, though good cards, are very situational and perhaps not worth running. My main reason for including Phione was as a counter to Galarian Obstagoon SSH and Lillie’s Poké Doll. The deck already runs a heavy amount ofgust effects, so it wasn’t too hard to cut this. Oranguru UPR also adds even moregust effects. Phione for Oranguru was a direct 1-for-1 cut.

Next, I decided to cut Tapu Fini because Baby Blacephalon is still a manageable matchup, and I wanted to add back in the Jirachi for consistency purposes. Starting Jirachi is always a bonus with this deck, and increasing the odds of that is always a good idea. Part of me wants to add a 2nd Escape Board to account for this, but 1 is good enough now that we have 4 Switch. This deck doesn’t use Jirachi to pivot nearly as often as the old ADP/Keldeo-GX lists used to.

Lastly, I cut a M Energy for an additional Water. The extra count helps in ensuring the T2 Altered Creation-GX, and also in allowing Energy Spinner to be an out even if 1 W Energy is prized. I’d rather not lose games by missing an attack T2.

Expanded in a Nutshell

BLW–CEC Expanded was about preventing your opponent from doing things they wanted to do. Mew3, EggLet, and TrevNoir/Milotic are the three biggest offenders. These decks have committed felonies. Next, we have the misdemeanors: ZoroGarb, RoxieChomp (because of Noivern-GX), and Shock Lock. The main annoyance of Expanded is finding a deck that can actually deal with all of these.

…and in most cases, there isn’t one. That’s why decks like Turbo Dark, ArchieStoise, and random decks get away and survive in this format. The locks themselves are inhibiting—just not as much to aggressive decks. That’s why your Wobbuffet V/Reuniclus BLW deck will never work. One Quaking Punch or Distort and the game is immediately over.

Anyway. The main thing that’s changed is the viability of some of the lock decks, namely EggLet and Shock Lock. Both of these decks heavily rely on the T1 Supporter to get set up, so much so that I’d choose for my opponent to go first if I’m sitting across from them. Without Steven’s Resolve or Brigette, EggLet is likely to be donked. Without Brigette, well, Shock Lock loses.

I personally don’t care about the viability of EggLet, but I am very much invested in Shock Lock. The deck is certainly viable, but it is susceptible to getting donked T1. It also needs to choose to go second and give a turn to the opponent, whereas it could previously go first and have a relatively easy game.

Shock Lock may now struggle with getting benched out of the game. Otherwise, I still think it’s incredibly powerful. Decks still either do or don’t run outs to it, and that’s what always makes Shock Lock a strong play. Here’s my updated list for the Sword & Shield format.

I’ve made notable improvements since my last list. I hadn’t done any testing with the deck before Dallas

, which was ultimately reflected in the list. Goodra is impossible to set up and I only established it once in my entire tournament. That space can be allocated toward more consistency and setup potential—exactly what the deck needs.

There are too many changes to list out, and many of the cards are self-explanatory or can be found described in one of Jonathan Croxton’s Shock Lock articles. I’ll focus on how I’ve adapted the list for the post-Dallas meta and the new rule changes.

This card is too slow to set up in order to prevent Stealthy Hood. Also, once the opponent uses Distort, it’s impossible to ever get up and therefore unimportant.

I ran N in Dallas, which ultimately meant my deck couldn’t outlast Mega Sableye & Tyranitar-GX in Turbo Dark. I could prevent myself from ever decking out with N, but it wasn’t possible to deck out the opponent either. Cynthia adds a one-sided shuffle effect so that I can always have more than 15 cards left in my deck. The disruption side of N was never impactful, so it’s definitely better to play Cynthia.

Faba is the replacement for Goodra. With it, you can get rid of any pesky Stealthy Hoods or Special Energy that your opponent might be using for Distort. Faba has plenty of random times that it would be good, and I regret not playing one in Dallas.

This is my solution to the rule changes. Additional search cards provide the capability of finding a 2nd Pokémon to prevent getting donked. At the end of the day, both of these are flex spots and can be swapped around for other cards. If the deck needs additional techs, these are the cards I’d cut.

I choose to run Level Ball over Quick Ball because it can search for Herdier, which I find more impactful than searching for Tapu Lele-GX or Shaymin-EX. The games I lost for setting up slowly in Dallas were when I never found my Rare Candy and didn’t set up Stoutland. Level Ball helps. Distort remains problematic, though, and Level Ball doesn’t solve that problem.

This change might be a super radical cut, as being able to generate card advantage near the end of the game is important. Also, Pal Pad naturally increases consistency, and may be worth playing for that reason alone.

The 3rd Herdier would be great at setting up under Item lock. Against Mew3 and RoxieChomp, an early Distort crippled my setup and it was hard to recover from. I was forced to use Professor Sycamore and dig for Herdier or Raichu off of topdecks because Ultra Ball was offline.

This is a cheeky concept I just now thought of, and would be effective against Mew3 and RoxieChomp. The idea is that you shut off the opponent’s ability to continue using Distort or Quaking Punch while protecting yourself. Because they can’t KO Jirachi, they’ll be forced to skip lock for a turn or use a Guzma and sacrifice more Energy. The only way around not KOing Jirachi is to use Escape Rope or Great Catcher, which we want to get rid of anyway. The best part is Distort doesn’t even 1HKO Jirachi!

Pokémon Ranger is another counter to Distort/Sonic Volume. In niche situations, you’ll be able to game someone’s Altered Creation-GX, but in my mind I’m including it for Item ignition. It’ll take more testing to figure out what the best remedy is: Herdier, Jirachi, or Pokémon Ranger.

This is a card I didn’t include and continue not to include! Call me crazy, but this card is hard to pull off. Theoretically, Guzma allows you to trap something that Comfey GRI or Cobalion-GX cannot stop Special Conditions on. In theory, this works, but the problem is when your opponent can Great Catcher the Tapu Lele-GX/Shaymin-EX and then Guzma your Stoutland. I will admit there’s merit in this when your opponent doesn’t have Great Catcher. I haven’t found the space for Guzma, and I would’ve lost all of my matches anyway even with it in my deck.

Shock Lock is as Shock Lock does. Barring Item lock, your matchups come down to what’s in your opponent’s deck. Alolan Muk SUM and Faba do a great job of countering Stealthy Hood, Comfey GRI, and Cobalion-GX. Blissey LOT is an auto-loss, but is incredibly rare.

Now, Item lock and Stall decks are those that require a different explanation. Mew3 and RoxieChomp both make use of Noivern-GX. You need to set up Stoutland ASAP. Alolan Muk is another big priority because of Comfey and Cobalion-GX. Don’t worry about sacrificing Prizes; once you establish the lock, the game is over. Mewtwo & Mew-GX can surprise you with a Stealthy Hood on the Cobalion, unfreezing the Mewtwo & Mew-GX, but that only buys a single turn.

Mew3 lists typically run 2 Stealthy Hood. If you can Faba either one, you should be good. You should Faba the Stealthy Hood off of the Mewtwo & Mew-GX first, as that prevents them from attacking while Alolan Muk is in play. If you target the one on the Cobalion-GX, you still can’t Paralyze with Evoshock.

Stall decks and mirror are two matchups that come down to how the lists are built. Trick Shovel, Devolution Spray Z, and Scoop Up Cyclone are all mirror techs in that they do something cool:

If you want to tech for these matchups, then Pal Pad, Trick Shovel, Team Rocket’s Handiwork, and Girafarig LOT are all ideas. If you can’t meddle with the opponent, then you’ll either lose or tie.

That’s all I have to say! It’s been a solid month since the first articles related to Sword & Shield were released, and new ideas and techs have kept coming anyway. There’s a lot to dive into if you’re interested to put in the time, do the testing, and refine the list.

ADP/Zacian V and Shock Lock are the two decks I’d play. They’re the decks that I know, and familiarity is your best friend in a large tournament setting. Had I known more about my deck in Dallas, I likely could’ve Top 8’d. Don’t let your own lack of preparation be the reason you didn’t succeed!

As always, feel free to drop a comment and ask questions. I’ll also be in Collinsville, so I’ll see you all there! Australia wasn’t in the cards for me this year—the Top 16 race is long gone—because schoolwork is hard to miss. Attendance grades are a thing, I suppose, and the long travel is exhausting. Anyway, I wish you all good luck and hope that everything is well. 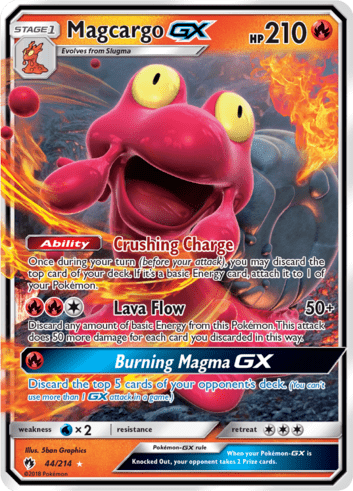