Hello 6P! I hope first and foremost that everyone reading this is doing what needs to be done to stay safe. We all love Pokémon, but our health and wellbeing should be our priorities with the current state of the world. As you all know, everything Pokémon related is canceled up until May 15th, which coincidentally is also the day when Rebel Clash becomes legal.

So what is one supposed to do when there aren’t any sanctioned Pokémon events to attend?

All of the above has kept me interested and “in form” for Pokémon TCG. I feel that taking a three-month break and coming back on May 15th, while feasible, is definitely not optimal. Getting back up to speed might take a higher time investment than if you continue to have doses of Pokémon TCG in your life while we all wait out the pandemic in the best way that we can, individually.

This leads me to the deck I mentioned before, Seaking SSH! I’ve been having a ton of fun messing with opponents and trying to exhaust all their resources before they can take 6 Prizes. The main resource you try to get rid of, of course, is Energy as Ripping Horn removes 3 Energy over the course of two turns (on average). When you consider that Zacian V decks can only have 4 Metal Saucer, or PikaRom decks only have 1 Tapu Koko p and 1 Thunder Mountain p, the loss of 3 Energy can be huge. And when you combine this with Articuno-GX’s Cold Crush-GX and Crushing Hammers, it leads to many situations where opponents need to draw and play perfectly in order to beat you.

Here’s where I’m at with my current list, which was originally based heavily off of a list that was sent to me from Japan:

The Pokémon lineup is streamlined, with Seaking SSH as the main attraction, but Oranguru and Girafarig making an appearance as expected in these sort of Control decks.

Oranguru UPR is especially important for the late game, once you have run your opponent out of resources, to make sure you can close out a game, either by decking them out with Bellelba & Brycen-Man, or simply by recovering Energy and attacking with Pierce, Profound Knowledge, or even Ice Wing.

Girafarig LOT helps in removing the clutch attackers of Mew3 from play, such as either of the Naganadel-GXs, or Energy from high-Energy recovery decks such as Blacephalon.

The Ditto p serves as a 4th Goldeen, while also acting as a Meowth for Persian TEU. Make ‘Em Pay is a really clutch attack that isn’t easy to play around in this format. It’s able to attack your opponent’s hand in case they’re holding off, not applying too much pressure on you, and building up their board.

Finally, Mew UNB helps the PikaRom matchup, preventing your opponent from taking more than 1 Prize card at a time, thus giving you plenty of time to run them out of Energy.

There are a few peculiar choices here, such as Looker and Misty & Lorelei. Looker goes really well with Oranguru’s Resource Management as it can guarantee a double Custom Catcher play or even triple Crushing Hammer to continue with your resource denial/lock.

Misty & Lorelei serves the dual purpose of fetching W Energy in order to use Ripping Horn or Cold Crush-GX, while also allowing for more than 1 Cold Crush-GX in a single game.

Crushing Hammers and Faba complement Seaking’s Ripping Horn throughout the game, while Lillie’s Poké Doll and Lucky Egg help the deck stabilize as it can be a little slow to get going sometimes. Thing is, you don’t really need to be fast, as the deck is at its best when the opponent has a juicy fully-powered (3–4-Energy) Pokémon in the Active Spot about to receive a couple of Crushing Hammers and a Ripping Horn or a Cold Crush-GX.

The Quick Balls and Evolution Incense are to help in setting up, while the Ordinary Rods and Lana’s Fishing Rod help to make your opponent have to go through 5 Seakings plus an Articuno-GX if they want to win, along with recycling Girafarig or Oranguru which your opponent might not expect.

6 Energy is quite low, I’m not gonna lie. Even with Misty & Lorelei, it can sometimes be difficult to come across one, so you need to make sure to use them wisely and remember that just because you can attach an Energy in any given turn, it doesn’t necessarily mean you should.

Once again, I am not claiming that this is a secret deck that no one thought of, or that I had it up my sleeve for Toronto

expecting to Top 8 or better, but it is a very fun deck and the first video I made on it ended up with more views than my video for the BDIF, Zacian V/ADP, when Sword & Shield was brand new. So at the very least you know you will be entertained.

Moving forward though, if all goes well and the season restarts when Rebel Clash comes out, I think it’s a good time to know that Pokémon VMAX are about to become a very real threat in Standard. So far, Lapras VMAX didn’t have a single notable result in all the Standard events, while Snorlax VMAX shone in Collinsville

with Andrew Mahone making Top 8 with the deck, but this was in Expanded.

However, Rebel Clash features at least three Pokémon VMAX that will surely become archetypes of their own in the upcoming Standard metagame. Translations for them and the supporting cards can be found on the following sites:

These VMAXs are listed in no particular order as I haven’t played enough with the new set to know their exact power:

P Shred: 60
This attack’s damage isn’t affected by any effects on your opponent’s Active Pokémon.

PP Max Phantom: 130
Put 5 damage counters on your opponent’s Benched Pokémon in any way you like.

Max Phantom is the key attack that makes this card worthwhile. 130 damage for 2 Energy is already extremely cost effective, but placing 5 damage counters however you want on the Bench adds to an already fantastic attack. This seems to be a very versatile VMAX, and so far in Japan I’ve seen it be combined with Malamar FLI + Spell Tags, Gengar UNB, Green’s Exploration + Roxie, or just straightforward with Jirachi support.

This is definitely a 5/5 star card and will be seeing a ton of play in the future. Below is a sample list that I have been playing and tinkering with so far with the people that I coach, but I intend to give other variants a try soon:

LLC G-Max Riot: 160+
If your opponent’s Active Pokémon is Poisoned, this attack does 80 more damage.

Before Pokémon VMAX became a thing, the magical number to hit would usually be 240 or 280 damage, and Toxtricity plus the new Garbodor can combine to achieve just that! G-Max Riot does 160 damage for LLC, and 80 more if the opponent’s Active is Poisoned. Poison is easily achieved by Garbodor’s Toxic Reservoir Ability, which Poisons the opponent’s Active as long as there is a Stadium card in play.

Granted, Pokémon VMAX are about to set the new magical number to hit for at 320, so you’ll need the Electropowers and Poison damage to stretch for the 1HKOs on opposing VMAXs. It’s OK to trade 2HKOs though, as no other Pokémon VMAX can 1HKO Toxtricity back (yet!).

Here is a sample list from Japan, which I haven’t tested yet but is next on my to-do list:

Inteleon VMAX is very similar to Dragapult VMAX with the damage upfront and the Bench snipe from Max Bullet. This damage can be stopped by Mew UNB’s Bench Barrier unfortunately, so that’s something to watch out for. The 3 Energy cost of Max Bullet means Frosmoth SSH is basically required in order to maintain a steady damage output. However, the Hydro Snipe attack is actually quite useful as it returns an Energy from the Active and it can slow down an opponent from powering up, giving you more freedom to set up.

Here’s another sample list that I will be trying out this week to see how if it offers advantages over Dragapult VMAX:

I’ve tweaked the Dragapult VMAX list to my liking, and the other two are courtesy of the Japanese websites I wrote about in this article. As always, I think it’s best to use the resources available at your disposal. Why not take starting points to work with and improve upon from skilled players who have already dedicated time into making things work? There are some obvious elements of structure, such as Quick Ball counts, 4-of essentials, etc., but minor things like Boss’s Orders counts and the Switch/Escape Board ratios can also be useful to note.

There are three other VMAXs that I think also show potential, just less so than the ones mentioned above. Rillaboom VMAX, Cinderace VMAX, and Malamar VMAX all show potential, and Malamar is especially appealing combined with Mismagius UNB and Counter Gain if Dragapult VMAX ends up being a dominant force in the metagame, as I expect it to be when it is finally released.

I’ve only just barely scratched the surface of Rebel Clash, but it’s what I will be doing in the next few weeks as we gear for the return of Pokémon TCG. I’m hopeful that the worst of this situation will happen over the course of April and that by mid May we will all be resuming our normal lives. In the meantime, I’ll also be trying to make sure there’s always fresh content on my Tablemon outlets for anyone to enjoy.

That will be all for my article today! I hope you’ve enjoyed reading it and that the interesting new Pokémon VMAX from the new set will help everyone get excited and hopeful for the eventual return of the Pokémon season, whenever that ends up being. Thanks so much for reading, and as always, feel free to reach out to me here or on my Tablemon social media with any questions you might have! Stay safe and I’ll see you next month. 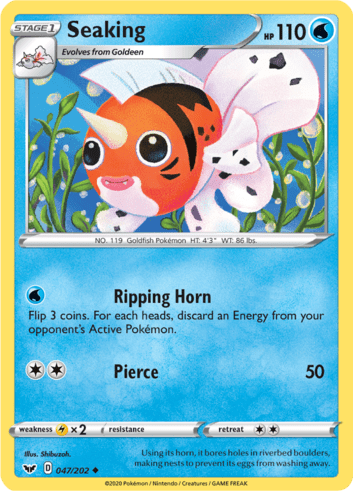