Today I’d like to give some attention to the underappreciated cards of Rebel Clash. For cards that have long-term potential, I’ll discuss their strengths and weaknesses, point out what they need from future sets to succeed; for the better cards, I’ll show you a decklist that highlights the card’s capabilities.

This is a card that I’ve already said is crazy good, and most people acknowledge its power in Expanded for picking up Shaymin-EX ROS and Jirachi-EX. I’m certainly excited that it can pick up Raichu BUS. (The recent Expanded rules update didn’t ban this card, but it seems like they are kicking the can down the road since there aren’t any tournaments.)

On the other hand, not many people have thought about Scoop Up Net’s uses in Standard come Rebel Clash. My first thought of using it was with Mewtwo UNB, specifically, to recycle Welders in decks that so badly need to use it every turn. To showcase this, and its surprising synergy with Jirachi TEU, here’s a basic Mewtwo list. It focuses on the thing made Mewtwo good in the first place—pure aggression—with a pair of Reset Stamps to keep it going if you stumble.

The only remarkable parts of this list (excluding the Nets) are the gusting line, single Energy Spinner, and the lack of answers to Mimikyu CEC 97. The gusting line is relatively untested, but I think it fits the archetype well. Usually, you just want to be blowing up the Active Spot, since that is where the threats tend to sit. It’s only for your last 2–3 Prizes where you stop caring about your opponent’s plans and rush to finish the game. Usually, this involves taking down Dedennes (hence the Great Catcher), but it will also be important to bring up Pokémon V and priority targets like Ninetales TEU; Boss’s Orders and Pokémon Catcher fill the latter role and are useful in differing situations.

Energy Spinner is standing in for Viridian Forest or Training Court as a Stellar Wish-able way to grab P Energy that doesn’t compete with Giant Hearth. However, the resulting low Stadium count makes this list a little vulnerable to Power Plant spam.

In the same vein, just for more gusting space, I’ve excluded both Stealthy Hoods and Indeedee V, which are the typical ways of getting around Mimikyu CEC + pings. As I mentioned in my Rillaboom article, GX-hate should slow down over time, and I think this will accelerate when Rebel Clash (probably) brings Pokémon VMAX to the front of the metagame. If GX-hate is still popular for whatever reason, you’ll want answers, in Stealthy Hoods and counter Stadiums.

One final note I’ll make on the list is the potential for Tool Scrapper, for Metal Frying Pans on Zacian Vs. After you use Flare Blitz-GX on ADP and getting blown up by a Brave Blade, your response is either Flare Strike with Mewtwo or Energy Burst with Victini V, neither of which maintains 1HKO damage when there’s a Metal Frying Pan. I’ve always maintained that Field Blower is a broken card; nearly every metagame it’s in slowly evolves into every deck playing 2 copies of it. Tool Scrapper, while certainly no Field Blower, will probably settle as a 1-of in most decks.

Mewtwo is a resilient deck, but I do think it’s slowly losing its luster. It will probably remain a Tier 2 contender through Rebel Clash, but the power creep of Pokémon VMAX definitely will be felt.

Boltund V is a curious card, sporting two reasonable attacks, but is largely overshadowed by Tapu Koko V in PikaRom because of its high Retreat Cost and unreliable damage output. But, with the looming threat of Pokémon VMAX, uncapped damage looks to be very valuable in UPR–RCL. I think it could be a nice backup attacker and finisher in a fan favorite deck, Nuzzle.

Since Nuzzle has historically been a casual deck, I decided to start fresh with this list and just go where my heart felt was right. I specifically wanted to find a use for all those Emolga TEU, since previously, you’d only ever use 1–2 Nuzzly Gatherings after turn 1. Roxie fits very nicely, both giving you powerful card draw and thinning excess Nuzzlers out of your deck.

The first thing I realized in playing this deck was that you wanted a lot of basic L Energy. My initial list had 4 of the new Speed L Energy (which draws 2 cards when you attach it) and 10 basic Lightning. On what would have been my second turn of Snuggly Generator, I used Professor’s Reasearch and drew 3 Lightning, and I was totally hosed.

15 Lightning gives you enough to guarantee that you can use 2 Snuggly Generators for 10 Lightning, which puts you just where you want to be: Raichu’s Powerful Spark can 1HKO Pokémon-GX/V and smaller, reaching for TAG TEAMs with some Electropower, and Boltund V is going toe-to-toe with VMAXs.

Once you’ve moved on to attacking for damage, your deck becomes extremely low maintenance, only needing manual attachments for your fresh Raichu. But, you do need to make sure you’re keeping enough Energy in play for those sweet 1HKOs, and that’s what these cards are for.

Energy Switch serves the double purpose of charging up Boltund V in one turn and protecting Energy (since you will usually attach 2 Energy to a Raichu via Snuggly Generator). Energy Switch, combined with Tapu Koko p and Thunder Mountain p, makes it so you never have to bench a Boltund V and hope it doesn’t get gusted for a turn. Again, maintaining Energy is key, so don’t be afraid to use Thunder Mountain p just to attack for free in the mid game.

Training Court is, in my opinion, a criminally underrated card from Rebel Clash. It’s a Stadium counter and a Viridian Forest from the discard. Getting back just 1 or 2 Lightning with this card goes a long way in this deck.

Giving up 2 Prizes every game in setup, plus Volkner synergy? Count me in.

I admit, I’m unsure the best gusting line in this deck. I’ve gone down this route because it’s space-efficient, but I can see the argument for Custom Catchers since Roxie and Volkner should help build pairs. Regardless, Great Catcher is always worth the slot since you can Volkner for it and you have access to fodder through Nuzzly Gathering.

This is my 61st card at the moment. The idea of recycling a 1-1 Raichu line seems very strong, as you can run into issues when parts of that line are prized. It also puts more Nuzzle Pokémon in your deck to Roxie away, which I’ve occasionally run low on. Obviously, more Energy is always nice too.

ebay.comDragapult VMAX isn’t an underdiscussed card, but I wanted to make a brief mention of it because the implications have gone unsaid. Mill and Doll Stall will promptly leave the format if this card is as good and popular as we are expecting. Max Phantom spreads directly counters their Prize denial strategies, with several copies of Sky Pillar being their only hope. As quickly as they came, they were gone—goodbye and good riddance. Pidgeotto players will also struggle managing their Bench and hand to pull off the hand-lock combo, though they have the Crushing Hammer/Team Skull Grunt spamming strategy to fall back on.

After reading this card, I was very disappointed to discover that all the Fighting Pokémon in format seriously suck. Obviously, the other half of Tar Generator is outclassed by Welder. The only immediate use I can imagine for this card is with Meowth VMAX, Mallow & Lana, and Hyper Potions, which is probably terrible. In all likelihood, Coalossal will eventually see play, either when a good Fighting attacker is released or when Welder rotates.

In the recent years, Pokémon has been pushing cards with fewer C Energy in their attack costs. For every Alolan Persian-GX and Ninetales V, there’s five PikaRom-GXs and Zacian Vs. I personally hate this design direction; it makes most decks build themselves and leaves little room for innovation.

Capture Energy, like Coalossal RCL, is a victim of this. As badly as we would like to weave consistency cards into our Energy line, there simply aren’t many decks that can make use of the C Energy it provides. In the decks that can—say, Fire Mewtwo or Giratina Malamar—it’s generally more important for their Energy to work with effects like Welder or Psychic Recharge. Keep your eyes peeled for new Pokémon with stray C costs to use this card… Malamar VMAX, perhaps?

ebay.comCompared to its predecessor, Shaymin-EX NXD, Dubwool V can survive more than double the damage and only needs C Energy. It’s only a matter of time before this card sees competitive play. You can charge it up in one turn with Welder, it hits TAG TEAM numbers when your opponent is at 1 Prize card, and it’s quite sturdy when combined with a Reset Stamp. To top that all off, it’s a reasonable attacker for most of the game thanks to Revenge Blast’s high base damage. Very solid card.

Twin Energy theoretically could push Lost March into the top tiers, at least until Jumpluff LOT is rotated in August. Lost March is especially enticing now since Cottonee CEC hits ADP-GX for Weakness. I haven’t been able to make a Lost March list that is consistent and powerful enough to my liking, but the potential is there. If you do try out Lost March, I recommend playing some Evolution Incense for searching Skiploom and Trumbeak.

Here’s a list of other cards that could use Twin Energy:

I played in the era of Professor’s Letter, and I remember thinking how crazy that card was when it came out. Though limited to Water decks, Capacious Bucket is no different in power level.

ebay.comThis list is based heavily off of Robin Schulz’s from the Faded Town Invitational. Robin hit some unfortunate matchups in PikaRom and Doll Stall, the latter of which was only present because there was no time limit and Oranguru UPR was banned. Other than removing Volcanion p—a card for which I have a professed hatred—I simply added consistency cards from Rebel Clash and a Boss’s Orders.

The two possible Stadiums for Frosmoth decks are Training Court and Viridian Forest, which are usually outshined by their Item counterparts, Energy Retrieval and Capacious Bucket. I’ve included the one Training Court mainly as a counter Stadium; further testing should be done on the lineup of these four cards.

This deck is very straightforward, which is its biggest weakness, alongside its physical Weakness to Lightning. Regardless, it can tear up a metagame of other Pokémon VMAX, since Lapras is the only one capable of 1-shotting a Pokémon VMAX and surviving a turn.

I hope you’ve enjoyed this article and have a better idea of what UPR–RCL will look like. I didn’t compete in Limitless Q1, but with this semester winding down, I’ll probably make the time to play in some of the future ones. Good luck if you’re playing in the one this weekend! (ADPZ is still the BDIF.) 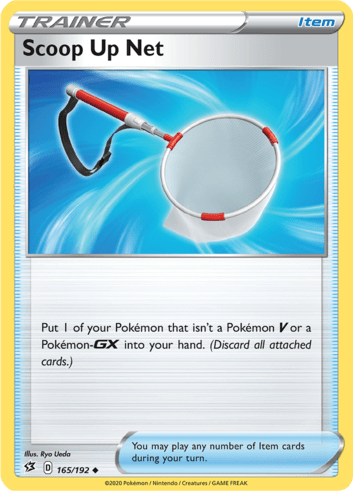