Hi everyone! My last article for SixPrizes was published a few weeks ago, while the one before that was published seven years ago. I took a long break from the Pokémon TCG, but started playing again last December. I would like to reintroduce myself before jumping in.

Since December, I have played and placed in a handful of League Cups and Challenges around Portland. I also played in the Collinsville Regional Championship

at the end of February. I opted to play Rowlet & Alolan Exeggutor-GX/Vileplume BUS and started off with a strong record, but finished poorly. I fully blame myself for the weak finish. Regional Championships are intense affairs—there are few comparisons to other parts of life. It is going to take a bit more practice before I return to my previous level of tournament endurance.

Since Collinsville, I have had the opportunity to spend more time reviewing the cardpool and metagame. I have always delighted in looking for the untapped potential of underrated cards that are able to exploit the weaknesses of the archetypes and changes in the metagame. One such change is the no-Supporter, first turn rule that came along with Sword & Shield. It seemed to me that a deck with the potential of a highly productive first turn (while going first) would have some level of competitive advantage. As is, many decks are relying on a Jirachi start and/or a sufficient number of Quick Balls to begin establishing board presence.

One card that stood out to me was Pokémon Research Lab, which was released in Unified Minds (August 2019). This naturally progressed into an interest in Omastar TEU. I then attempted to synthesize the available written and recorded content on Omastar. I opted to exclude the lists that teched in a very thin Omastar line from the synthesis. I was looking for lists that put Omastar in a starring role. Here is what I found:

Azul and Pablo both provide nice overviews of this deck in their videos from late last summer. Several issues stood out to me while I was watching their games.

First, this build tends to struggle in its pursuit of an early Omastar. This build is highly dependent on turn one Green’s Exploration. The player generally needs to search for three Items within the first few turns: Unidentified Fossil, Rare Candy, and Pokémon Communication. The player often needs to follow up with another Green’s Exploration on the second turn to finish setting up the Omastar. The player must also have a Pokémon to trade in for Omastar…and there aren’t many Pokémon in these lists. Fortunately, we now have Evolution Incense to alleviate this problem.

Second, this build depends on Coach Trainer to grow the hand and draw into Energy. Given the low Energy count, this can lead to Energy droughts. Also, it is much more difficult to accumulate resources and play from the hand now that Marnie has gained popularity.

Third, Poltergeist is an inconsistent attack—even under Item lock. The failed knockouts are too common.

In his conclusion, Pablo claims “this deck sucks.” I agree with him.

A Different Partner for Omastar

So, moving on from Gengar & Mimikyu-GX. I still had an interest in Omastar, but there was not an obvious partner. I looked at the other Fossil Evolutions and Rampardos UPR stood out. Rampardos couldn’t cut it by itself, however. I needed to have a Basic Pokémon that wasn’t Jirachi—the traditional starting Pokémon for Rampardos. Including Rampardos with Omastar did narrow the choice set quite a bit, though, because I was constrained to Pokémon that use Fighting Energy. That brings us to Stonjourner VMAX.

Omastar needs to partner with a Pokémon that can stand on its own, because of the restriction that Fossil Bind places on your board presence. Stonjourner VMAX certainly appeared to have potential—built-in healing/Energy acceleration, uncommon Weakness, and massive HP. The new Pokémon V and VMAX have the benefit of immunity to Great Catcher, Shrine of Punishment, etc. Evolution Incense also pairs well with Pokémon VMAX. This was enough potential for me.

I threw some early lists together and tested them out. I tried out Rampardos, Karate Belt, Martial Arts Dojo, Power Plant, Shrine of Punishment, and Super Scoop Up. None of these cards stayed. It was very clear that I had to place extra emphasis on consistency. There was very little room for anything else. Omastar demands Green’s Exploration in the early game, but basically turns Green’s Exploration into a paper weight after the first couple of turns. This means that Omastar decks need a high count of draw Supporters.

As I began to trim and edit, the possibilities of the deck started to show. Here is the version I have used the most:

Discussion on the Early Game

And while I was initially drawn to this deck by an interest in a highly productive first turn (while going first), I have since realized that this deck prefers to go second. This is because going second preserves the high probability (~70%) of a turn one Omanyte via Pokémon Research Lab. The probability of a turn one Omanyte via Pokémon Research Lab when going first is only a little better than 40%. Going second also permits a better opportunity to learn what the opponent is playing. This is useful information as a player decides to grab one or two Omanyte with Pokémon Research Lab. I generally opt for one, but two is sometimes a better choice. Two Omanyte seems to be better against Malamar/Giratina, for example. Omanyte has a low Retreat Cost, which combos well with Mallow & Lana.

I have observed a “pessimism bias” on PTCGO or a tendency for players to scoop dismal looking games too early. I have observed this in others and in myself. I suspect this is mostly explained by the ease at which a player can start a new game when things are looking sour in their current game. Quite plainly, it takes more time to set up a new game with real cards than it does with virtual cards. I have a hunch that this lower barrier leads to more concessions in games played on PTCGO than in games that are played elsewhere.

It is difficult to predict the true impact of one-way Item lock over the course of a game. It can pave the way for a strong comeback and unexpected win conditions (i.e., decking out the opponent) even when the opponent appears to have a highly favored board presence. Persevering through lopsided games is one of the surest ways to improve. It is also the surest way to accrue accurate testing results. I had to start catching myself from prematurely conceding games with Omastar/Stonjourner VMAX. The win rate started to improve when I did.

Here are the batch results for some key matchups. They are ordered by the quantity of games played against each deck (from most games played to least games played). I will briefly discuss some key points about each matchup and then conclude this section with the limitations of Omastar/Stonjourner VMAX, which largely explain the losses.

Not surprisingly, ADP/Zacian V is the deck I have encountered the most on PTCGO. The 63% win rate can be credited to a few interesting interactions in this matchup. Most importantly, Brave Blade loses a lot of its power under Item lock—the “can’t attack next turn” drawback actually becomes highly relevant. Additionally, Wait and See Hammer combined with Fossil Bind reduces the likelihood that an ADP will be able to use both Altered Creation-GX and Ultimate Ray before it is Knocked Out. Finally, Zacian V does not 1-shot Stonjourner V after it has used Guard Press (unless, of course, the attack has been boosted by Altered Creation-GX). This often allows the deck to safely set up knockouts for Stonjourner VMAX.

The Giratina variants generally seem to be more manageable thanks to Mallow & Lana and Stone Gift. The variants that run certain GXs with high attack potential (e.g., Ultra Necrozma-GX) tend to be more difficult, because they are often able to 1-shot Stonjourner VMAX.

This matchup seems to be almost as bad as Grass decks for Omastar/Stonjourner VMAX. While the “can’t attack next turn” exists as a drawback for Flare Strike (comparable to Brave Blade), ReshiZard-GX can still use Outrage or Double Blaze-GX. These decks, moreover, seem to be able to play down to two Pokémon almost as easily as Omastar/Stonjourner VMAX. This permits them to play Item cards at their leisure.

I have only played against PikaRom twice and received mixed results (1 Win, 1 Loss). Their Weakness to Fighting is certainly advantageous, but not necessarily sufficient for a favorable matchup.

Limitations of the Build

This deck is not without its issues. The opponent will usually start off with a card advantage due to mulligans. Marnie and Reset Stamp can help with this a bit, but it is still not an ideal way to begin the game.

Stone Gift is a poor man’s Energy acceleration. This is mostly a one-Energy-attachment-per-turn deck. This puts the deck at a disadvantage if the opponent is able to maintain an Energy advantage throughout the game.

It is difficult to find room for damage modifiers and other enhancement cards. I would like to fit in some Tools and other Stadiums. The deck in its current form is a little too predictable.

Looking Ahead and Closing Thoughts

Boss’s Orders is a mixed bag for Omastar. The decision to grab either one or two Omanyte with Pokémon Research Lab will become even more important. The option to gust Omastar is problematic, but the option to efficiently gust the opponent will be a welcome addition to this deck.gusting heavy Bench-sitters (Malamar, Zacian V in certain decks) can lead to an easy, uninterrupted pathway to powering up two Stonjourner VMAX.

Stonjourner VMAX seems to be the only viable Pokémon VMAX partner for Omastar at this time, but that will change with Rebel Clash. Without Rampardos, there is no longer a strict requirement that the Omastar partner use Fighting Energy.

Malamar V and Malamar VMAX certainly seem worthy of consideration. Drag Off combos very well with Fossil Bind, as does Max Jammer. Against Omastar, the opponent sometimes attempts to bring about a window of time in which they can play Item cards. They do this by promoting low-value Bench-sitters to the Active Spot for Stonjourner VMAX to Knock Out. This can synchronize the Pokémon count on each side of the board and nullify Fossil Bind. This is not a viable strategy against a Pokémon with Drag Off. The eradication of this strategy and the stall potential of Drag Off + Fossil Bind are both appealing.

I did not play in the first Limitless Qualifier, but I do intend to play in the second event. I would be surprised if I did not end up playing Omastar/Stonjourer VMAX. If you would like to follow along, please feel free to follow my new Twitter account @ColinMollPx. I am in need of Twitter accounts to follow (players, parents, teams, etc.), so please share your favorites in a direct message. And please reach out with any questions or comments about the deck.

I hope you are all taking care! 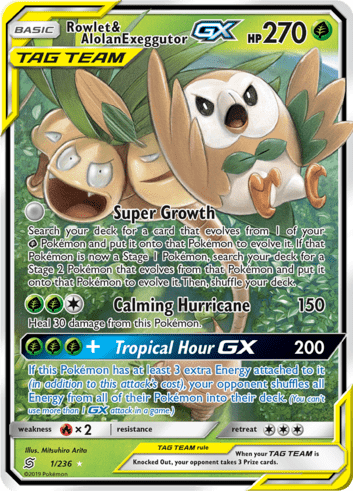