Hello 6P! I’m back with you finally for our monthly article! I hope all of you are safe and staying home like I am.

We finally have Rebel Clash full in effect at this point, and we have the first major UPR–RCL tournament coming up this weekend with the Qualifier #3 of the Limitless Online Series. So far, I barely made Day 2 in the first one, and was one win away from Day 2 in the second one. Now we are moving into a brand new metagame, and this major event is groundbreaking in many ways. One can only wonder if there will be a difference between the first major event with a new set in person versus online?

Here are a few things that I think could have a direct impact on Qualifier #3’s metagame:

As of writing this article, there are over 500 players registered for the tournament. So far, the two previous events had 945 and 940 participants respectively, and being five days away with half that amount makes me doubtful we will reach the cap of 1,500. At first I thought the new release, plus being the only tournament available at the moment, plus everyone essentially staying home, would create a huge demand for this particular tournament. So far that doesn’t seem to be the case, but we also know how Pokémon players are known for waiting until the last minute to register.

Having said that though, I’m personally very excited for the event and looking forward to a 10-hour grind of 13 rounds on Day 1 to make Day 2. I’ve been playing a very wide range of decks and getting accustomed to playing with the new Scoop Up Net engine.

There are two decks that stand above the rest for me right now, and an outlier option that I don’t think I’ll be brave enough to pull the trigger on, but I’d be interested in exploring more for perhaps Qualifier #4.

My number 1 option for the event, to nobody’s surprise, is Dragapult VMAX. Despite the card accessibility issues I mentioned at the beginning of the article, I still expect Dragapult VMAX to be the most popular choice due to a combination of hype and raw strength. It’s the new shiny toy in town, it’s supposed to beat Mill and ADPZ (the previous top decks), and it has a lot of flexibility in its techs and how it can be built.

My personal favorite build is the following:

Dragapult VMAX is the star of the show of course, using Max Phantom to place damage counters everywhere and deal an insane amount of damage. The rest of the Pokémon are there for specific purposes to help support Dragapult VMAX in being able to run over your opponent’s Pokémon.

The big focus here is Energy denial early on. Crushing Hammers and Team Yell Grunt help set back your opponent’s precious Energy attachments, and they’re huge to swing the ADP and mirror matchups in your favor. Slowing down their Ultimate Ray, putting even more pressure on their Metal Saucers, and being able to Max Phantom before your opponent are all game-winning plays.

Despite the flips, you don’t need to flip four heads to secure a game. Sometimes even setting your opponent behind one turn is enough, and the combination of Crushing Hammer + Team Yell Grunt in the mid to late game can also be incredibly powerful.

The 4 Scoop Up Net help play around with your support Pokémon, while Shrines complement your damage output and create incredibly easy targets on Dedenne-GXs in the late game.

Everything else is pretty normal, with the addition of 1 Energy Spinner to have an out to an Energy through Stellar Wish. Having that T1 Energy drop, whether going first or second, is incredibly important to this deck’s success.

We have the addition of 4 Horror P Energy to go along the damage counter placement of Dragapult VMAX. I have found, though, that they can be a liability if your opponent is playing Giratina UNM and I have considered going full basic Energy for this reason.

This same Giratina could be a good addition to the deck to go with the Energy denial theme. However, it is situational and very few decks are playing Special Energy other than Dragapult VMAX.

My second choice for this event is good old ADPZ but with… Hammers! I firmly believe this would’ve been a great play for Qualifier #2 and I should’ve played this over Mew3/Malamar. This deck is still valid and the inclusion of Crushing Hammers and Team Yell Grunts gives the deck a huge advantage in the mirror match and against Dragapult VMAXs that don’t play said denial.

This is my approach to the deck at the moment:

Both decks are very similar to each other, in engine and in approach. If you’ve played ADPZ mirror, you know that whoever Altered Creation-GXs first has a huge advantage in the match. Well, the Crushing Hammers and the Team Yell Grunts help you make sure that you either GX attack first or, at the very least, delay their Ultimate Ray before your Ultimate Ray, rendering the same advantage in the end pretty much.

Zamazenta V comes into play now that Dragapult VMAX is a thing, and to a certain extent Toxtricity VMAX and even Inteleon VMAX (see below). 160 damage from Assault Tackle after Altered Creation-GX+ is enough to 2HKO everything out there, and denying Horror P Energy on Dragapult VMAX is also a big deal when combined with Crushing Hammers. Of course, there’s the regular Pokémon V to handle Zamazenta V, but then they have to deal with the ever-threatening Zacian V.

The biggest difference between these two decks is that one is straightforward high-damage output (ADPZ) vs. more spread-out damage placement (Dragapult), with the latter being a bit more difficult to play around or predict.

Neither of these lists does particularly well against Welder decks—especially Blacephalon UNB—that can consistently find back-to-back Welders. The Qualifier #2 winning deck was a Heatran-GX Welder-based deck and I expect that deck to be semi popular as well. It doesn’t need anything from the new set other than perhaps 1 Boss’s Orders and 1 Ninetales V for versatility. Neither Crushing Hammer nor Team Yell Grunt help against a three-Energy turn (through Welder), and realistically the only strategy against Blacephalon in particular is to hope they don’t draw the absolute nuts or have Welder every turn.

Having said that though, here’s a third concept that takes the Energy removal approach a step further, thanks to Inteleon VMAX’s Hydro Snipe returning an Energy to hand from the Active. It sacrifices the Mill and PikaRom matchups (which ADPZ and Dragapult VMAX excel at) for extra Energy disruption and Water typing, which can be good against the Welder decks. It includes Giratina UNM, as mentioned, and even goes out of its way to play 4 Team Yell Grunt.

With Hydro Snipe only costing a single W Energy, you’re not worried about opposing Energy disruption, and thus you have plenty of time to slowly build up toward Max Bullet. The slow buildup, plus residual damage from Hydro Snipe, means your opponent will think twice before repowering up the Active Pokémon. If they’re limited to one attachment per turn and you can keep both the Active and Bench in check with Crushing Hammers and Team Yell Grunt, your opponent won’t ever have any Energy in play to threaten you with.

Zamazenta V being powered up on the Bench can be a big issue for this deck though, as Inteleon V is underwhelming to say the least, and while it does 2HKO it, Zacian V is still a pretty big threat to it.

None of the decks are perfect of course, and we’re going into a blind meta as is always the case with new set releases. I’ll be paying extra attention this weekend to special differences between trends from digital to physical, but I’m particularly interested in seeing if the attendance will be boosted by the new set hype, or possibly hindered by the limited quantity of cards available due to lower sales, lower access to cards, and more RNG involved in acquiring the cards needed for a new concept. This is the first time it’ll happen, but given the current situation, our next set (Darkness Ablaze) might have the same fate if the season isn’t ready to restart by then, meaning this tournament might be a trendsetter for future series or online events that coincide with set releases.

I think something that would have a very positive impact on PTCGO as a whole and encourage people not only to play more but to also join the competitive circuit, is having a system like Hearthstone’s dust system, where one can get rid of the 78 extra copies of Hoppip for something more competitively useful. People would be more encouraged to open packs (rather than trade them away) and it would allow you to have easier access to a competitive deck. More incentives to open packs means more packs being purchased, and more people with competitive decks means they will more likely enter competitions, so it’s a win/win all around and something I hope Pokémon contemplates for the future now that the world situation has basically forced them to pay attention to the game they’ve been developing and updating since 2011 as nothing beyond a simulator.

And with that hopeful note I will finish this article. I hope you enjoyed reading about my current Energy-denial mentality and how it’ll be very impactful in the near future at the Limitless events. We have those to carry us through May and June, but what happens in July and August? Given the success and interest for the Limitless series, I’m dreaming of something official akin to the International Challenges that Pokémon sets up quarterly for VGC players.

Thanks so much for stopping by, and best of luck to you if you are playing this weekend! 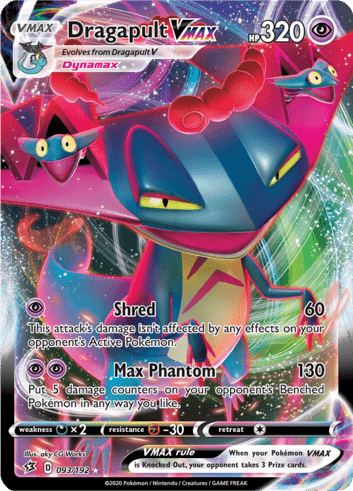