Hello there SixPrizes readers and welcome back! It’s been over two months since our daily lives have been abruptly put on hold and the competitive Pokémon season ended. Since then, there have been a lot of different ways to stay involved in the game, and the recent announcement of the Players Cup was welcome news for many of us. I’ve used this time to mentally reset and take a much needed break before coming back to competing again. Since returning, I’ve needed to reevaluate how to I practice because there’s no real way to have in-person testing sessions.

My last article included a section on old decks, and I’ve been continuing to grow my collection (one deck at a time), but with the recent announcements I’ve shifted my focus back to the Standard format for the time being.

During this time, a lot of the community has come together to organize some of the best-run online events I’ve ever seen, including the Limitless Online Series. With the fourth and final qualifier this coming weekend, we have no idea what the meta will hold and who will be the final twelve competitors that advance into the Invitational tournament itself. Qualifier #3 showed us some interesting decks emerge with it being the first major event with Rebel Clash legal. What have we learned about the format so far?

Without going into too much detail on why I think they’re good and what makes them really good, here’s three decks I think are good along with the decklists that I’ve been testing and refining.

Fire Box is a classic deck that always seems to rise to the top (ever since Worlds 2019) because of Welder and the sheer power of every single one of the deck’s attackers. You might note the omission of Reshiram & Charizard-GX, and that’s because it’s a liability now. Why attack for 230 damage for 4 Energy when I can just play around the big threat and use cards like Cramorant V and Ninetales TEU to gust to take 1-shots until a Hot Burn-GX or Turtonator can close out the game with a big 1HKO?

The lack of 18th R Energy means that a Victini p will never be able to 1-shot a Dragapult VMAX, but I’ve already accepted that and decided the Fire Crystal has been better at utilizing Ninetales and playing around the threats that may come after this deck.

For those of you who have been following my journey and have read my other articles, you know I’m a huge fan of Welder Mewtwo. This was the first deck I began trying in the Rebel Clash format. The decklist got kind of wonky when I couldn’t really deal with big things like Dragapult very easily. PikaRom also got much more consistent, and the addition of Boltund V to PikaRom means that Latios-GX UNM is no longer enough to keep them at bay while I set up my board. I’ll take a second to talk about some of the interesting tech cards I’ve included in this list.

Against decks like PikaRom and Dragapult, it’s going to be really hard to play the game if you miss an early Welder and they’re able to put pressure onto your Mew3-GX with an early attack. Having a 2-Energy attack that can potentially blow up their Active is too alluring not to include. If a Dragapult or PikaRom attacks into you, they could very well be giving up the first 3 Prizes in this arms race against Mewtwo.

With this combination of cards, I have 5 reliable gust effects to take 6 Prize cards. One powerful GX attack can always get me 3 Prizes when dealing with something scary I can’t normally deal with, but after that, Mewtwo really struggles with taking the rest of its Prizes sometimes. Having Boss’s Orders to guarantee a gust effect onto something small like a Jirachi or an opposing Eldegoss V stays true to the Mewtwo way of taking Prizes and closing out the game as fast as possible.

I love the versatility that its GX attack brings to the table, but MukMuk-GX might not make the final cut when I play in the Players Cup. With 4 Switch in nearly every deck, I would be a fool to not consider cutting it for something like an Espeon & Deoxys-GX to deal with bad matchups like Spiritomb. MukMuk is just a favorite of mine and I always have personal bias toward certain tech cards, but knowing when to admit you’re wrong is a skill.

This was another deck that I tested a lot during the initial stages of Rebel Clash’s release because it has good Dragapult and ADP/Zacian matchups. There’s just one slight tiny problem: Lightning Weakness. The Lightning Weakness will never let this deck get anywhere close to Tier 1 because PikaRom is going to be an incredibly popular deck for the remainder of this format.

The Players Cup and Ticket Troubles

Now that I’ve given my initial thoughts on the format and such, I’d like to talk about the Players Cup a little bit. I’ve already put out a video (above) where I talk about how to enter the Players Cup and what it entails for players’ futures with online play. I’m optimistic and eager to see what happens come June.

Event Tickets—the limiting factor behind playing in these tournaments—will be something that TPCi has to address, and if they don’t, then players like me will have an innate advantage in competing. I do not feel sorry for the players who are attempting to build new accounts to participate, but I do feel for those who used the tickets for their intended purpose during the time they had them. For example, I used 200 tickets on grinding packs for Rebel Clash, and that’s something I’ll never get back now.

There should be some form of microtransactions to purchase tickets, or if the intended purpose of this tournament is to get players to use the client more, then change the daily rewards up a bit.

I hope some solution gets reached, but if things stand the way they are, we’ll have a lot of notable players excluded from the competition. That’s not always a bad thing because it paves the way for someone new to create their name and legacy.

The Players Cup has lit a fire under me once again to compete and have a reason to take the game seriously at the highest level. I would be a fool to say that I’m the same player who Top 8’d an IC a year ago; in fact, I’m much worse right now. The combination of having a new job and the lack of a good testing group around me has lowered my motivation immensely. I won’t make any excuses for my poor play in the Limitless Online Series thus far, but I’ve always been someone who’s motivated by my lack of results. I was pretty upset at myself at the end of the third qualifier after a disheartening 3-5 finish before exiting the tournament. I decided to go back to the drawing board and prepare seriously. I had always wanted to test seriously for Worlds and ICs, but I never had a method that I thought worked effectively. If I can find that formula that works, then I can do anything with it and refine it.

In years past for the World Championships, I’ve made spreadsheets and logged every game I’ve played—but only if it’s against a notable player—and the matchup and what happened. I found myself looking through those notes very little and realized I just wrote down what I had learned from the game and moved on with my day. Why would I go back and read what I had learned from experience and was already molded that into my brain for the future?

As you can see from last year’s Worlds, this is how I chose to log my games. I wasn’t being honest with my own notes and quickly stopped taking them. This testing was with a month left till Worlds and I chose to just make mental notes. But what if there was a way to use data to determine matchups and what the perceived matchup spread should be? What if we take away all the elements of human factors (who played a deck, individual series count, human error, etc.) and just compile all the information into numbers that can be crunched?

This is the spreadsheet I’ve chosen to use to determine the raw strength of matchups. The decks on the left are the ones that I am using and the ones on the right are the ones that I have played against. I would like 10 games of a matchup to determine if the data can be considered, but for the purposes of the Players Cup and the limited time that I have, 5 games seems to be enough. 20 games with a deck can tell me where it stands in the overall scope of things as well. Fire Box being 3-2 against Dragapult proves to me that the matchup is favorable but definitely close; Fire Box 7-0 against ADP/Zacian definitely tells a much more different story.

The most important thing is to have a group that will play these matchups with you over and over again. If you have a bootcamp for an IC or the World Championships, I think this is the best way to try every deck without just discounting it mentally beforehand. For example: I didn’t give GardEon a thought before Worlds, but it came out in full force and surprised a lot of the competition.

Each person will have their own method that works best for testing and how it will affect them at the end of the day, but I’ve always been someone who gets swayed by numbers. If you can prove to me with data and facts that something is better than other decks, I might play it just because of the sheer strength of the deck and its potential to win the entire thing. Playing 20 games with every deck isn’t that tall of an order and gives a player a taste of how the deck should operate before deciding if they want to pour time into it as well. Figure out what works best for you and stick to it. Routine and discipline are what makes great players great, like Tord Reklev.

With all that being said, I hope you guys can use some of the tips and methods I have on testing to work your way into the leaderboard of the Players Cup and move into the bracket stage. If you’re participating in the Limitless Qualifiers still, good luck and have fun! There is a voting phase for your favorite content creators to make it to the Invitational, and while I haven’t done the most lately, I would love a chance to show what I can do on the big stage with a final 16 competitors in front of me.

I hope everyone is staying safe and enjoying Pokémon still, and I hope to see everyone at the Players Cup. I’ll be doing my best to be one of the final four who earns a Travel Award to an IC. 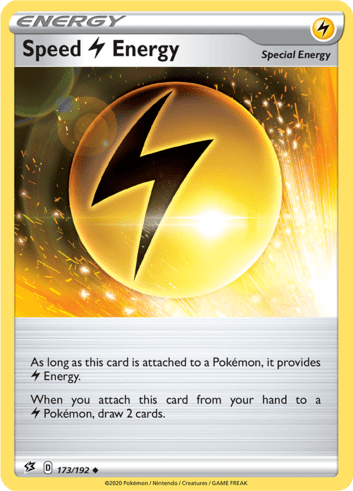