What’s up guys, Jon here again with another article. It’s been a while since the season was officially canceled and, for me personally, it is just now sinking in how much longer this break will be. If you recall, my last article was a rather lengthy piece recapping my time in the game, all the way from Juniors to where I am now in Masters. Since the release of the article, a lot has surfaced regarding being able to play at a competitive level again. Firstly, the Players Cup was announced, which I will go over in depth later, and we got to see another batch of Limitless Qualifiers finish up, one including the newest set, Rebel Clash.

We’ve got one more Limitless Qualifier left, so in this piece I will be going over what I think are great plays for that, and my thoughts and preparation methods for the Players Cup. With that being said, let’s go!

To start, let’s go over the Players Cup and what I do and don’t like about it. The Players Cup is Pokémon’s attempt at bringing competitive tournaments with actual prizes—undoubtedly worth playing for—to your homes amidst this quarantine we are in. The fact that they are even doing this is immediately a plus in my mind. However, I do have some criticisms.

For one, we all know about the Event Ticket situation right now. These tickets are essential to play in tournaments, but they are so scarce. Some lucky players have saved them up over all this time (since the inception of PTCGO years ago) and, frankly, have made out like bandits because they will have better odds of reaching the Regional Qualifiers. Unfortunately, though, many people who want to compete either cannot earn enough tickets in time if they are creating a new account, or they simply used up their tickets without knowing they’d be so important in the future. I personally believe that tickets should be made easily accessible to everyone, whether it be through direct purchase or by simply making them easier to obtain in the game.

PTCGO’s “ladder” has never been anything special, thus not many players have wanted to grind it out. If you look at many other games, like Team Fight Tactics or Hearthstone, you will see that their ladder has ranks that you must work your way through, and in turn this gives you some feeling of achievement or advancement when you win a game. PTCGO doesn’t have that same appeal, thus not many players are incentivized to grind the ladder to get tournament tickets. I don’t blame people for being frustrated with this current system.

I’d imagine many of you trying to qualify are coming back from a break from the game, so this section is going to be for you. I’m in the same boat as you in that I’ve been out for a while, but with my methods, I am beginning to feel back to my usual self.

To start, I don’t believe that any amount of time from the game can make you forget the fundamentals of being good at the game. Many people will say this isn’t the case, but proper sequencing, deck thinning, and being able to think about multiple options at once doesn’t leave you. These are traits you have developed over the years playing. There are very few cases where you all of a sudden become bad at the game. I will concede, however, that you can just straight up not know what new cards do, and for that, you just need to study and play with them to see how they interact so you can identify lines of play when it matters. Basically what I am getting at is that if you were confident in your in-game abilities and decision-making before, you’ve still got it in you.

This leads me to my next point: your attitude. The way the qualification period is structured rewards you for playing and doing well in many PTCGO tournaments. As someone who knows what it’s like to be salty, I can confidently say that you need to keep a calm mind while grinding these events throughout the month of June. It amazes me that this is even a hot take in the game, but chances are if you lose, there is something you could’ve done better. It’s not always you getting unlucky. Try to learn from every loss, as each tournament you play in could be the difference between reaching the Regional Qualifiers and not.

Another thing to note is that if you see yourself losing a string of tournaments, just get off and take a break. It is super easy to queue up again out of anger once you’ve taken that third frustrating loss, but trust me: get off, cool down, and try again later. Your tournament tickets will thank you.

All of these points have been in regard to what you should be doing once you are in the heat of qualifying, but what about preparation? Don’t worry, I’ve got you covered on that one too.

As said before, I will not be attempting to qualify during the Players Cup; however, I am going to be playing in Limitless Qualifier #4. I didn’t play in the first three as I simply didn’t feel up to it, but I have now realized that I miss the game too much and I want to compete again. However, this meant that I had to learn all of Rebel Clash, play with the new cards, and learn their interactions before Q4. Here’s what I’ve been doing to get up to speed:

The scariest part about all of this is that no matter how much you prepare, it sometimes just won’t work out. Doing these things has been what I’ve seen the most success with, but even for me it sometimes makes me fall flat on my face, and that’s Pokémon. However, I truly believe that if a player is looking to find success and is constantly improving, actively making good in-game decisions, and learning from their losses, then they will find that success at some point.

That’s it for my thoughts on the Players Cup and how I think you can best prepare to qualify. Now onto what I’m liking for Limitless Qual #4.

What Did We See in Limitless Q3?

The last qualifier was the first to include Rebel Clash and there were definitely some takeaways to note from it. Here are some points that I’ve focused on:

These are just some things I noticed from the event. Here is what I am likely playing to Limitless Qualifier #4:

I wasn’t the biggest fan of the winning list from the last qualifier. I think that Tag Call and the TAG TEAM Supporters are too slow, and they go against what PikaRom is good for: its speed and aggression. If you recall, I played a PikaRom list to OCIC back in February, which was the first major event that included Sword & Shield. My list had one goal and one goal only: to rush the opponent down with an early Full Blitz and win from there. I neglected to play many common tech cards due to them going against my goal of near maximum consistency. Many people disagreed with the ideology of the list, but I believe that my list was the reason I was the only PikaRom to place in the Top 16 of the event, and one of the few to even make Day 2.

This list is a hybrid of the “maximum consistency” list and a “teched out” list. You’ll notice that I play cards like Phione CEC and Marshadow UNB to deal with niche situations. Marshadow is going to mainly be used for Chaotic Swell so that we can make sure we get value out of our Thunder Mountain p. Phione is there as a gust effect, as we dropped Custom Catcher for copies of Boss’s Orders instead. Boltund V allows you to have huge damage spikes for low cost should your Energies be found in awkward places in the game.

Tool Scrapper is in the deck as a tech for Metal Frying Pan and Stealthy Hood (in the case of Obstagoon). Past that, though, pretty much everything else is focused on consistency and sheer aggression.

That’s all for now. I hope I was able to help you, whether it be giving you some guidance in preparing for and competing in the Players Cup or the upcoming Limitless Qualifier. This is the first time that I have shared my testing methods publicly, and I think a lot of people can benefit from them.

As always, you can ask any questions you have in the comments or by messaging me on Facebook. This is the part where I would usually say “If you see me at a future event, don’t be afraid to say ‘Hi!’,” but I honestly don’t know when that’ll be, but I look forward to it. Until next time. 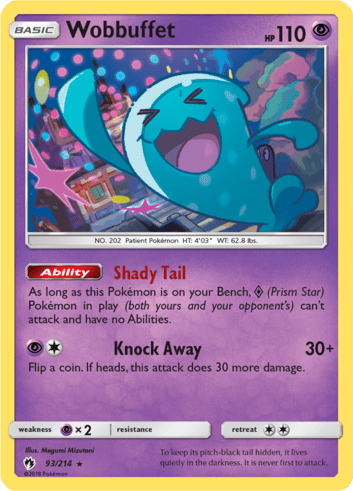