Hello 6P readers! Thanks so much for your continued support throughout these past few months!

We are a mere week away from the regional qualification period for the Players Cup, and over half of my Tournament Rep is still missing. I’ve basically given up on the system being updated and run properly, so I’m just keeping an eye out on how many points 256th place in LATAM has (as of writing this, 22) and trying to stay well above that, with at least a 30 point margin. I wanted to do a “Tournament Grind” video series, but with tournaments counting randomly, I don’t care anymore whether I’m 1st or 256th, as long as I get to play in the tournaments in July.

I’m sure some of you saw that I was invited to the Players Cup Kickoff Invitational, in which I placed 3rd with PikaRom, narrowly losing the Winners Finals to Tord Reklev’s hyper-consistent Dragapult VMAX deck, and falling to Andrew Mahone’s Baby Blowns in the Losers Finals. For those of you who didn’t watch, I took the first game off of Tord and was essentially 1 Electropower away from defeating him in Game 2.

This is the list I settled on for the Kickoff Invitational, which focuses on consistency rather than techs:

As you can see it’s a pretty standard PikaRom with the exception of the Wait and See Hammer. The tournament was held with open decklists, so my opponents were able to see the card in my list every time. I believe seeing it prompted both Nathália and Tord to allow me to go first when they won the coin flip. This meant I never actually got to use the card. However, going first with PikaRom dramatically increases your chances of attacking on turn two, rather than having to piece everything together going second on your first turn. Just for that psychological reason alone, i.e., my opponents being cautious of Wait and See Hammer, I believe it was a worthy inclusion, even if I never got to play it. (I would’ve had a chance to play it vs. Andrew in Game 2 of our Losers Finals series, but he was drawing so badly he actually whiffed an Energy on turn one.)

I want to delve deeper into the second game from the Winners Finals match vs. Tord and provide an analysis as to why I in fact did not get “unlucky” to not draw the Electropower to basically seal the game. Instead, I actually didn’t play optimally the previous turn, and this will hopefully show why it’s so important to look back into what you could’ve done better in every match, rather than blame losses on luck.

Here is the crucial turn where 1 Electropower off of this Dedechange hand would’ve allowed me to KO the Dragapult with Energy and the Benched Dragapult VMAX, netting me a 5-Prize turn and putting Tord in a very complicated situation:

No Electropower, right? Meaning I was 10 damage away from KOing that Dragapult VMAX. However, take a look at my hand right before I attacked, on the previous turn:

Notice the green aura around the cards, which means they are playable this turn. This is right before I clicked Full Blitz, which means had I used Volkner to put the Electropower in my hand, anticipating the play the next turn, I wouldn’t have had to Dedechange in order to try to find it, but rather I would’ve guaranteed it.

Now, there are many factors coming in here, including nerves, the time (it was not even 7am for me and I’d been awake for less than an hour), the pressure, etc. However, none of that excuses the fact that I definitely should’ve planned for the high-roll play, given Tord’s only option at that point was to bench a Dragapult and attach to it. I really should’ve seen that coming from a mile away, and I should’ve planned better for my next turn.

So in the end, I could’ve gotten the Electropower, taken the KOs, and put myself in a fantastic spot. However, the important thing in order to improve is to recognize where you went wrong and how to improve. I think too many people are too quick to complain about luck (myself included) without doing this extra work of going back and analyzing what happened or what you could’ve done to improve your chances by reducing luck as much as possible.

On the Online Events

I had a wonderful time participating in the Players Cup Kickoff Invitational and it reminded me what it is to compete at official events and the adrenaline I personally feel. I was elated to finish the first day toppling Andrew and Nathália and awaiting Tord in the Winners Finals the next day. And I was also quite bummed and disappointed at losing against Tord and then Andrew to narrowly not make Grand Finals. While I have enjoyed playing the Limitless Qualifiers and the PokeX Online tournaments, they just haven’t quite hit the same spot as the official one did.

Playing for Tournament Rep in June has felt quite boring, but I’m hoping the intensity of things will go up again once the Regional Online Qualifiers start in July. In my last two PTCGO tournaments, I’ve had to face four RowEgg-GX/Rillaboom decks in the six rounds, so that will tell you about how competitive they actually are.

Combo Zacian V has been dominating the online scene, however, with Azul having had a ton of success with it in the fourth Limitless Online Qualifier along with the Limitless Invitational tournament. It also recently won the “high roller” PokeX Perfection tournament, a $10 entry fee tournament with Best-of-3, 50-minute rounds, the closest thing we’ve had to a Regional for now. I played in it this past weekend and it was a very enjoyable experience. Even though I ended up going 3-2 before I dropped, the knowledge that I had a backup game or two in case things didn’t quite go well during a round was great and removed a bunch of stress that was there with the Limitless Best-of-1 tournaments. I definitely recommend checking out PokeX on Discord or Twitter in case you want to participate in their tournaments. They have something going on all the time.

I played a Crushing Hammers Dragapult deck for the PokeX tournament, but it ended up being clunky overall and I definitely regret it. Consistency is the way to go with Dragapult VMAX and the list below is what my friend played and made Top 8 with. I should’ve listened to him and went with it too, but I was stubborn about the Crushing Hammers.

It’s largely based off of Tord’s winning deck, but it chooses to forego the tiny bit of extra consistency that the 3 Acro Bikes provide for three very clutch cards that are essential in today’s metagame, I believe:

This is probably my top deck for now if I had to pick one for the upcoming July tournaments. However, there’s no denying Combo Zacian’s appeal, with Zacian V being a very powerful Basic Pokémon that can draw extra Prizes with the Jirachi p combo and include techs such as Hoopa UNM or Tapu Fini UNM for a variety of matchups.

However, there’s one Combo deck that caught my eye that didn’t seem to get any attention at all, from Limitless Qualifier #4: Combo Blacephalon by Filippo Mirci. Blacephalon variants were already playing 4 Scoop Up Net, and it is usually not super strained on Bench space as it can simply bench a Blacephalon and Welder onto it at any point. This meant that finding the space for the three Combo pieces was a natural fit and it definitely caught my eye!

I did make some changes to the list above though, which I will detail below:

Filippo’s original list had 3 Acro Bikes and 14 R Energy, but I decided to cut those in favor of a Zacian V, 2 Ultra Space, and the 4th Switch.

On My Recent Deck Selections

As you can see, I’ve been gravitating around these two decks—Dragapult VMAX and Blacephalon—for the past month and for the qualification period. I like Dragapult VMAX a bit better overall due to its versatility. I chose PikaRom for the Kickoff Invitational, however, because I was almost sure that Blacephalon wasn’t going to be played at all, and Dragapult VMAX would be, and I figured I’d have a natural advantage with it. Ironically though, I beat the Blacephalon in Round 1 by getting extremely lucky (and playing well of course) and then lost to the favored matchup. Such is the game we play, right?

In such a concentrated field of eight specific players, a targeted counter pick like PikaRom makes sense. However, when you’re running up against Dustox, Rillaboom, Inteleon, and many other things in the 8-man events on PTCGO, you can afford to play things like Dragapult VMAX that try to cover all of their bases with the techy Pokémon, or the extremely greedy Blacephalon Combo list that I showcased above.

And that will be all for today! Thank you so much for reading and your continued support in these tough times. July should be an exciting month with the four Regional tournaments with the Top 256 players. Despite all of the current issues, seeing how well the Kickoff Invitational was run and produced, I’m hopeful that the hiccup period of June qualifying will be long gone, and that these tournaments will be held in a very professional and serious manner.

As always, feel free to reach out on my Tablemon social media if you have any comments or questions. Until next time! 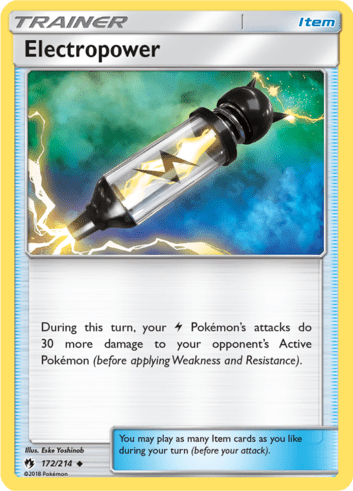