Hello again, 6P readers! As usual, I hope everyone is doing well. I really wanted to talk about the Players Cup Kickoff Invitational as well as the Limitless Invitational last month, but fellow 6P writer Xander Pero already did a great job going over them, so feel free to check his article out on those matters. Instead for this next article, I’ll be talking about new info that was announced a few days ago regarding the 2021 World Championships. Next, I’ll be discussing the 4th place Magcargo Mill deck with the new set, Darkness Ablaze, from the unofficial Japan Nationals online event and the 1st place winning ADPZ deck from the Special League event from not too long ago.

It’s great seeing TPCi give us important updates for the season since it always gets me hyped up to play even more. Granted, all these changes are under the assumption we are able to play in the next 12 months. Basically, these changes will go into effect if we are able to play in the next year, and if this pandemic isn’t demolished by then, then, well, I hope for the best for everybody because we have already been through four months of it and haven’t made too much progress.

So far London is where Worlds 2021 will still be held given that it should have been our 2020 Worlds location. This makes sense and I’m not surprised to see Pokémon want to stay in London for Worlds. Personally, I’m not too excited about Worlds being in London only for the fact that I’ve been there for every International Championship thus far. Still, those that never been will appreciate the location more.

I’m all for having Worlds in another country since we’ve only ever had it outside of the US one other time (Vancouver, Canada back in 2013). The times I went to London for their International Championships the weather wasn’t great. It was cold and rainy and just uncomfortable being outside. This meant less time to explore because of the weather and it getting dark pretty quickly. Still, I’d gladly go back to London no matter the occasion.

Yes, you read that correctly. Worlds will now be a four-day event. This means Day 1 play starts on Thursday as opposed to Friday, at least for Masters. Thursday Masters players will be able to qualify through the normal 500 Championship invite structure like last season. However, Friday will be players who qualify through Day 1 (Thursday) and through the new CP bar that’s yet to be announced. As for Saturday, it should be games played until finals and then on Sunday it should be finals only.

This part is quite interesting because we will have a CP number that guarantees a Day 2 invite (instead of needing to finish in the Top X per region). I think this change is pretty cool because then players can decide to take a break if they feel too burned out knowing they’ve already qualified for Day 2. This also means that points from 2020 will roll over into the 2021 season, so players who already were grinding hard can grind more, unless they already hit the Friday threshold. Or they can just choose to chill and be content with a Day 1 invite.

I’m excited to see what the Friday CP requirement will be since I already have over 850 CP. I’m going to go ahead and guess 1K CP for Friday’s qualification.

Age divisions will stay the same as 2020 for the 2021 season. This is no shock to me. I kind of expected this to happen. It doesn’t matter as much for Masters, but more so for the younger age groups. This means kids who were eager to age up will not be aging up yet. It may end up being unfair to some younger players if the stronger kids remain in the same age division. However, qualifying for Worlds is not meant to be easy, and if you can’t hang with the best then you probably don’t deserve to qualify anyway. That’s just the way I see it.

Switch your Active Pokémon with 1 of your Benched Pokémon. Then, draw 3 cards.

This event had a little over 200 players, though none of the three gods were in attendance. Takuya Yoneda, Shintaro Ito, and Yuta Komatsuda were not at this event because they decided to play in the Special League event the same day instead, which I will talk about later in this article. This event was unofficial, which is probably why the three gods didn’t play in this it. Still, it had over 200 players, and personally I think it would have been a good practice tournament. Mill ended up 4th at the event. If you want to see all the Top 16 lists, they can be found here.

Magcargo Mill took 4th, which is kind of surprising to me because I would have thought Magcargo Mill would have fallen off with the introduction of Boss’s Orders and Bird Keeper to provide more switching options, making Mareep LOT 75 less effective. Funnily enough, the only new card from Darkness Ablaze that was added into this deck was Bird Keeper.

Basically this deck only wins by decking the opponent out. It does not take Prize cards, so what you want to do is slow the opponent down as long as possible until you have decked them out. You do this by using Mareep’s Ability, Fluffy Pillow, to put the opponent to Sleep every turn. Mill your opponent’s deck every turn with Bellelba & Brycen-Man by itself or combined with Lt. Surge’s Strategy to mill even faster. You can also choose to either (A) pass the turn by using Intrepid Sword to gain more cards for the following turn or (B) attack with Oranguru UPR to get back resources you may have milled away with Bellelba & Brycen-Man.

As I mentioned, Fluffy Pillow is key to slowing the opponent down from taking Prize cards or just attacking in general. This will force the opponent to find any kind of switching effect, namely Switch or Escape Board, which also can rid of Sleep.

This combo will make it easier for you to set up. You can grab the card you put on top immediately with Oranguru, which is cool so that you can get the lock and mill 6 cards per turn more easily.

This is included strictly for its GX attack, Burning Magma-GX. This attack can win the game by milling an extra 5 cards on top of 2 Bellelba & Brycen-Man for a total of 11 cards milled in a single turn.

Used to stall and deny Prizes when you are unable to put the opponent Asleep, or you just want to be a little safer. This is where Zacian V comes in; since you are passing, you net 3 free cards per Lillie’s Poké Doll.

This card will force the opponent to flip two coins to get out of Sleep, meaning they now have only a 25% to wake up instead of 50%. This way it’s more difficult for the opponent to naturally recover from Sleep, sometimes forcing them to draw extra cards to find a switching effect.

In this deck, it’s ideal because it can grab you a Mareep or Slugma basically for free, or any other Basic Pokémon you need at the time.

Ability: Night Asset
When you play this Pokémon from your hand onto your Bench during your turn, you may draw cards until you have 6 cards in your hand. You can’t use more than 1 Night Asset Ability each turn.

This list won the 8-man invite-only Special League event held on the same day as Japan’s unofficial Nationals. I’m not a huge fan of the list since it looks a little too techy for me with cards I feel are just taking up space and are unnecessary (e.g., cards like Wait and See Hammer and Duraludon RCL).

Now, this event did have all three gods attend, though none of them won the event. Instead, Yoneda, who played Falinks V, ended up losing in the finals to the list above piloted by a YouTuber by the name of Dannoura. I wish I had the other seven lists, but I don’t.

This combo lets you get a turn one Altered Creation-GX more efficiently as I said. You can also grab a W Energy if you already have a Metal in hand or vice versa. I was one of the first to play this combo to success at the 2019 Oceania International Championships. I had it in my PikaRom list from Top 4, so I know it works well.

This card is mainly used as a wall against Pokémon VMAX. You may need to have Zamazenta V stay Active until you are able to set up. Or you can attack with it, though its attack isn’t too great unless you are discarding a Special Energy at the same time. Otherwise, Assault Tackle doesn’t even 2HKO 270-HP Pokémon unless you are able to get Altered Creation-GX off.

Captivating Wink can force the opponent to bench unwanted Pokémon. This can be crucial, especially if they are forced to bench Pokémon with Abilities that are nullified such as Dedenne-GX or Crobat V. Captivating Wink can be a game-winning effect if played at the right time.

These cards help you achieve a turn one Altered Creaton GX easier. This is because these are all draw cards that can be used together. You can do them in any order, but make sure you do them in the order that nets you the most cards. So, for example, you will likely use Acro Bike last as it can make your Crobat V less effective. The order will likely be Dedenne-GX first, then Crobat V, then Acro Bikes. However, you can have Acro Bikes between both Abilities, making the order a little different. You just have to be smart and know your statistics in having a higher chance of finding the card you are looking for.

That will conclude this article on the Worlds 2021 news and the 4th and 1st place decks from recent events in Japan. Both lists aren’t too new since they are decks that have seen play before. However, they are new for the fact that they won events with Darkness Ablaze added into the mix.

I can’t wait for the season to resume. I’m super anxious to see all my friends, share more great memories, and explore the world some more.

I’ll have another article this month, so stay tuned for that when it’s published. I hope everyone has a great day and stay positive a little longer until this whole ordeal is done and over. Make sure to stay safe and keep yourself busy so that you aren’t too bored. 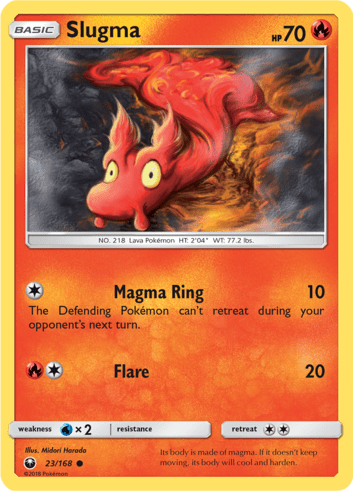