Hello again readers, I’m back with you for the second time this month with quite a few lists for the upcoming format. We’ve finally entered the point where post-rotation decks are the only thing that matter, and after messing around with a lot of stuff over the last few days, I’m really excited to see what new archetypes pop up.

Before I get into the lists today, I want to go over the POG Championship. I participated in what was my first unofficially-run large-scale PTCGO event last weekend. Well, sort of. I had a Day 2 invite, so I didn’t actually have to play in the much larger Day 1 pods, so I can’t give a completely accurate opinion on those. I did observe the Discord most of the day, keeping track of friends and stalking some players’ decklists.

Here’s my uninvolved take on how Day 1 went. Pod 1 was run exceptionally well and concluded in a timely manner. I wasn’t awake for most of it, but that’s the vibe I got. Pod 2, however, was a different story. The start time was delayed and round turnaround was much worse. I don’t know all of the reasons for this, but I would assume fatigue played at least a small role.

One thing I liked about the Day 1 format was that if a match was unreported within two minutes of time being called, it was a double game loss. This is also how Japan plays the game. However, from what I could tell, there were multiple times throughout the event that matches were awarded wins/losses after said time limit was up. Basically, I think the organizers were too nice. They tried to track down unreported matches. That’s not to say they didn’t do a great job running the event, because they certainly did. But if you’re going to do the Japanese structure, you can’t be wasting time tracking down matches. That slows down the event incredibly much. Awarding the double game loss and moving on with the event would be optimal in this situation.

On to Day 2. I say Day 2, but I’m going to start directly after Day 1 concluded. Everything in the event was run through a Discord bot. Cool. Unfortunately the bot broke. Inevitable. The bot was also how we were supposed to turn in decklists. That command wasn’t working until roughly three hours before the event began. I got lucky here, because I live in what is arguably the best time zone to play in for this event. I only had to wake up at 6am. Players on the West Coast of the USA? 3–4am. Globally? You get the idea. Obviously the time zone issue itself is unavoidable when you run a global event. Scrambling to turn in a decklist wasn’t the greatest way to start out the day.

Day 2 itself was run pretty smoothly, at least while I was still in it. There were some more issues with decklists, but those were ironed out rather quickly. I played some Pokémon and dropped at 2-2. I actually wanted to drop at 1-1, but it was still early enough in the day that I decided to play some more. Obviously I wouldn’t normally drop at that record, but what was the point of staying in? I could play five more rounds for a chance of $25?

This might offend some people, but oh well. As much as we wanted POG to be Worlds 2020, it just wasn’t. Sure, we played an event with a majority of the top players. How many of those top players actually put significant work into the format? Probably not even close to as many (or doing nearly as much work) as would have for Worlds. I literally did no testing aside from some ladder games. Nothing was on the line. I didn’t play an entire season leading up to this event. I didn’t have the Worlds experience. There is no 2020 World Champion, but there’s at least a 2020 POG Champion.

To wrap up this little section on POG, I’m grateful the organizers ran the event. They did an amazing job. They’re not professionals (I think), and they weren’t paid. It obviously motivated some people in the community and many players found enjoyment in it. I simply hope such an event is never necessary again. Well, now that y’all made it through that section, onto the decklists.

To read this article, you must be an Underground member.

Joining Underground gives you (and a friend!) complete access to our latest Underground articles plus their companion discussion sections to ask our writers questions.

New Underground (i.e., UG/★) articles are published on average 3× per week and are written by our staff of competitors + correspondents who report on an array of topics helpful for any Pokémon TCG player.

Each subscription comes with automatic renewal, but you may disable automatic renewal at any time. If you are not completely satisfied with Underground, you can request a full refund within your first 30 days of joining—no questions asked.

Q. Who writes for Underground?
A. Our current writing staff consists of:

Extended bios can be found on each author page.

Q. When are new Underground articles published?
A. There are on average three (3) new Underground articles published each week, Tuesday thru Thursday, at ~12 PM EDT (GMT-4). We schedule more content before major tournament weekends than after, so you may see four articles one week and then only two the next. Our objective is to help you prepare for events. A calendar of upcoming articles and events can be viewed here.

…or include any combination of above! We cover a range of topics to help competitive players elevate their game. If you’ve never read an Underground article before, start here:

these ones are free to read.

Q. Do your articles apply to Juniors and Seniors?
A. While our focus is on Masters play, our commentary is applicable for all age divisions. Many of our writers have earned Worlds invitations as Juniors and/or Seniors, and many have also coached Juniors and Seniors, so we have experience in navigating those divisions. Please ask if you ever read an article and would like to clarify how it applies to Juniors or Seniors.

Q. How can I ask your writers questions?
A. You can connect with our writers in three ways:

We encourage you to reach out whenever you have questions.

Q. What happens after I join?
A. The current page will refresh and you will have immediate access to all of our Underground content.

Q. How can I request a refund?
A. If you would like to request a refund for your subscription—for any reason—you can do so within your first 30 days of joining Underground. Contact Adam with your account details, and he will issue your refund shortly. 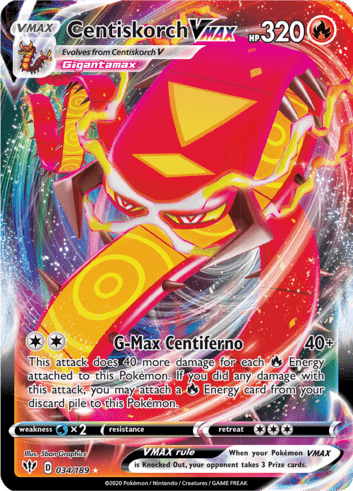 Buy it @ TCGplayer
Directly support Alex Schemanske, the author of this article, by shopping via the “Buy it” link above. Learn more.