Hey everyone, Jon here again with another article. Since my last article, we’ve seen the conclusion of the first phase of the Players Cup. If you recall, in my last article I went over how I planned on tackling Phase 1 (AKA the qualifier period) and the decks I was fond of. In this piece I’ll be summarizing what we saw this past month during the qualifier period (including how mine went) and going over my current favorite for Phase 2 (AKA the Region Qualifiers), or, for that matter, any other events in the near future. With that being said, let’s go!

In my last piece I mentioned that I would be keeping it simple and probably just forcing what I thought was the best deck at the time for all 50 keys, effectively guaranteeing my qualification as long as I played well. This deck for me was ADP. For some of the tournaments I used the list posted in my last article, but for the others I switched over to a build that used Clay as opposed to Professor’s Research. The Clay build was a bit riskier, but I felt that over the course of multiple events it would overall be more beneficial to me. I finished with 121 Rep. Here’s my tournament breakdown:

I started off quite well, hit a really rough patch (where, honestly, I didn’t even think I would qualify), then super-clutched up in the end. As you can see, my events were either quite successful or quite disastrous, with few being mediocre. This is what I expected when playing ADP to all 50 events.

Early in the qualifying period, we saw a lot of ADP—like, you couldn’t go a tournament without hitting one. But as the month progressed, we saw other decks come to prominence. LucMetal, Eternatus, and Centiskorch all began to see more play, but I think the deck that we all did not see coming was PikaRom. It found success at other online events and made its way to being one of the best decks in the format. I had been long done with my keys when Pika came back, so I didn’t get to play with or against it much, but I got the chance to see it in action, and I think it is a super strong choice for the Region Qualifiers (Phase 2/bracket play).

My attitude toward Phase 2 is a lot different than it was for Phase 1, for two main reasons:

Here the deck that I’m going to be testing first for Phase 2:

As said before, Pika regained its spot at the top of the meta recently. This is what I have done some testing with and will continue to test with. One thing I am undecided on is Crushing Hammer. I usually hate playing Hammer in a deck like this, but the thing about PikaRom is that it no longer has the amazing tools that it used to have, like Electropower and Thunder Mountain p. The logic is that PikaRom benefits from Crushing Hammer because the deck needs to make other decks slowers in order to keep up with them. When testing for Phase 2, I’ll be looking for how big of a difference Hammer makes in matchups.

With that being said, here are explanations for key card counts:

These are the main attackers in the list, and I think the counts are near perfect. PikaRom and ChuChu are self-explanatory, but Boltund V and Tapu Koko V not so much. Since getting turn one Full Blitz is harder now, using Electrify on Boltund is a good substitute to set up. It basically ensures that you get Full Blitz the next turn. Boltund also has a really good second attack in that it has no damage cap, and since Boltund is a 2-Prizer, this allows for favorable Prize trades. Koko can be used as a decent attacker, but it hardly gets its action in that field. While 200 for 3 is relatively strong, Koko is mainly used as a pivot due to its free Retreat Cost. I personally am a big fan of it, but if I needed to fit something in the list, Koko would likely be the first cut. Another card I want to try as an attacker is Vikavolt V; early- and late-game Item lock combo’d with Reset Stamp and disruption is quite strong.

These are your support Pokémon. 2 Dedenne-GX and 1 Crobat V is usually enough non-Supporter draw support to get you through the game. The Koko is self-explanatory, and Eldegoss is mainly another way to find Boss’s Orders should you have discarded any during the early game.

The draw Supporter counts are to max out consistency, and I couldn’t see them going any lower. You could play a 4th Boss, but in my testing it hasn’t been needed; however, it wouldn’t be a bad inclusion.

Yell Grunt is interesting and combos well with Crushing Hammer and Reset Stamp. Certain lines of play are unlocked when you get heads on Hammer. One of those is, instead of using a draw Supporter, using Yell Grunt to clear all the Energies off of an attacker like Eternatus VMAX, for example. It is overall a good card to include.

I’ve been over this multiple times already, but, to summarize, Hammer is good because of how important disruption is to PikaRom right now. Having less burst potential and speed means that Pika has to slow other decks down while executing its own game plan.

These are your Pokémon search cards. Nothing special. I doubt these counts will ever change.

While it is harder now, getting the turn one Full Blitz is still possible, so you kind of have to play this card. It also allows you to set up attackers mid game if you need to shift them. Unlike ADP-GX’s Ultimate Ray, PikaRom-GX’s Full Blitz doesn’t attach Energies in any way you like, so being able to pivot Energies helps with versatility.

These are your switching cards. Having mobility is super important in this deck because a lot of your attackers have large Retreat Costs, and ChuChu-GX has an attack that requires it to have been moved into the Active Spot that turn. The Air Balloon acts as a free pivot should we not have Tapu Koko V in play, so if we get our hand disrupted, we don’t have to go digging for Switch.

Big Charm is in here because of how important the +30 can be for math. E.g., against ADP, after they Altered Creation, your Pika won’t get absolutely nuked by Zacian V if it has Big Charm attached. It also translates to another Pokémon that Eternatus will have to draw into, or more ping damage required from Galarian Zigzagoon.

Both of these cards are low-count disruption, so I figured they’d go together. PikaRom isn’t as fast and aggressive anymore, so it will fall behind. Reset Stamp helps with this. I kind of want a 2nd Swell, as it is really good against Welder decks (countering Giant Hearth and not allowing them to counter it back). Welder decks are some of your harder matchups, so including the 2nd Swell could be beneficial.

Now that I’ve gone over the deck, here are some of its more relevant matchups:

ADP is the face of the meta at the moment, and Pika takes a slightly favorable matchup to it. You have multiple ways of dealing with early Energy attachments on ADP to slow down their Altered Creation-GX usage, and you have other forms of disruption to try and mitigate them from doing the ever so popular play known as “Altered Creation, Boss, Boss.” It is important to note that sometimes ADP will pop off against you because that is the nature of the deck.

You are probably going to want to use Tag Bolt as your GX attack in this matchup because your other options aren’t as powerful. As said before, Big Charm also helps with math, making them have to find Tool Scrapper (if they even play it in their list).

Eternatus is another one of those matchups where a crucial Crushing Hammer flip here or there could mean the entire game for you. There is more to this matchup though. A big interaction is whether or not your opponent finds a Switch to get out of paralysis when you use Tandem Shock, so, in combination with Reset Stamp, you could buy yourself an extra turn. They will undoubtedly get ahead early unless you hit a turn one Hammer, so the more you can get done early to keep up, the better. A Big Charm on a ChuChu-GX puts it out of 1-shot range, but that can be nullified with Goon pings. Most Eternatus lists have cut Dangerous Drill, so you can be sure that your Tools will be sticking at least. Try to annoy your opponent on the Prize trade by making their win condition Knocking Out a PikaRom-GX, a Boltund V, then a ChuChu-GX.

In my experience, this matchup has been ever so slightly unfavorable. Crushing Hammer can be crucial, but due to the tanky and slow nature of LucMetal, they can usually afford to be set back a turn. Your main goal will be to try to overrun them as quickly as possible and get as many Energies in play as you can, hoping to set up a Boltund KO somewhere down the line. Never go all-in on your PikaRom when you Full Blitz as you will have all of your Energies removed by Full Metal Wall-GX.

The games you win in this matchup are the ones where they falter due to their deck’s inconsistent nature and you are able to get a quick aggressive setup. In a game where you both draw ideally, however, the damage reducers and Mallow & Lana can become too much for you to deal with most times.

To start, always make them go first. Their deck becomes significantly worse when they can’t use Flare Starter to full effect. Your game plan in this matchup is similar to that of the Eternatus matchup, which makes sense; both Etern and Centi are aggressive decks that require you to finagle your way to get all 6 Prizes due to how tanky and strong-hitting their main attacker is. In the Centi matchup, Crushing Hammer matters a lot less, however. Making them take effectively 8 Prize cards should be your plan going in. As said before, an additional Chaotic Swell could be key in this matchup as if you can slow them down even more, you can potentially be the aggressor in this matchup.

That’s all for now. Hopefully I have piqued your interest in playing PikaRom for Phase 2 of the Players Cup, or even other online events in the near future. If you have any questions let me know. Good luck to everyone on their future endeavors! 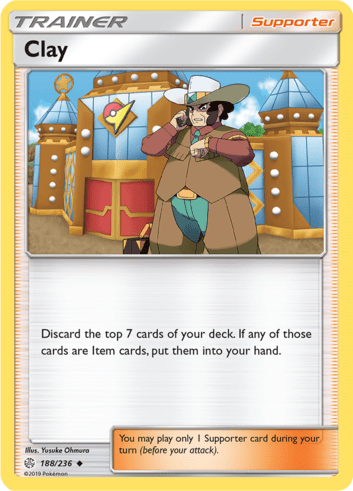